Paul (played by Reece Dinsdale) has been trying to build bridges with Vinny (Bradley Johnson) and Mandy Dingle (Lisa Riley) ever since he arrived in the Emmerdale village earlier this year. In recent scenes on the ITV soap, the gambling addict looked set to put his demons behind him and turn over a new leaf with his loved ones. However, when his son threatens to ruin all his progress next week, it seems the father-of-one shows a completely different side to his personality. However, will he really murder his own flesh and blood to keep his secrets harboured?

The drama kicks off with Paul turning back to gambling, unbeknownst to his son who believes his father was getting help with his addiction.

Unable to resist temptation, the troublesome character continues to play after securing a big win but the tables soon turn and he loses everything.

At the same time, his partner Mandy is struggling to get enough money together to buy a bigger stake in the village salon which Bernice Blackstock (Samantha Giles) is selling.

This is the reason why her partner has been revisiting his demons but having lost all his winnings, he resorts to some underhand tactics to get it back.

Wanting to make some quick cash, Vinny’s father steal Ellis Chapman’s (Aaron Anthony) watch but he tries to play innocent when a fight breaks out between the youngster and his brother, Billy Fletcher (Jay Kontzle) over the missing jewellery. 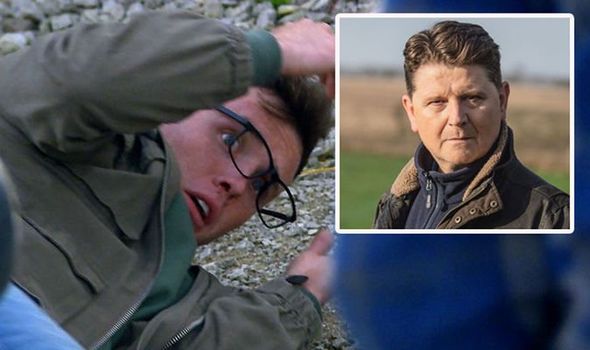 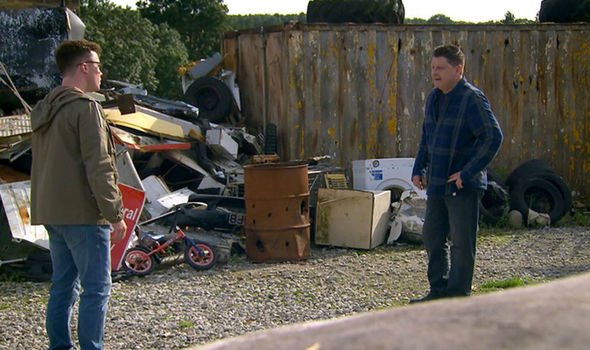 Witnessing all the drama caused by his actions, the father-of-one is riddled with guilt and decides to do the right thing.

The watch soon mysteriously turns up and Vinny becomes suspicious his father could have something to do with it.

Instead of confronting Paul at first, the youngster goes back to Wishing Well Cottage to see if he can find any evidence the troublesome character committed the crime.

However, furious with his father, Mandy’s surrogate son decides to vent his anger towards Paul and meets him at the scrapyard. 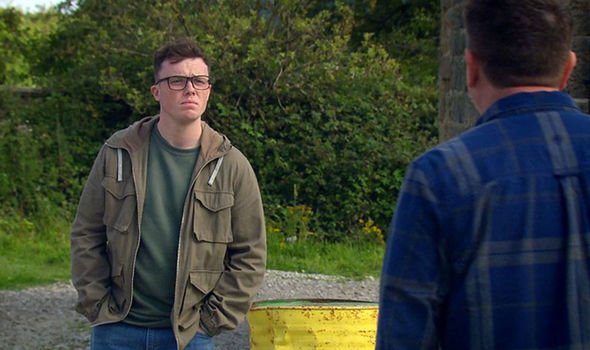 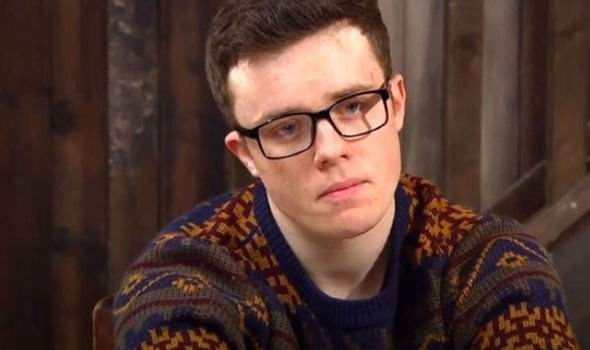 We see a really dark side to Paul

Vinny accuses his father of stealing Ellis’ watch but Paul is quick on the defence and it’s not long before he’s using his fists to do the talking.

The troublesome character violently beats his son black and blue with the youngster left lying on the floor in severe pain.

Realising the damage he’s done, the gambling addict makes a run for it and leaves his son to fend for himself.

Clearly injured and unable to move, will anyone discover the beloved character before it’s too late, or will he die alone because of a man he thought he trusted?

This would be the first time Paul had committed murder to viewers’ knowledge and he will surely feel immense guilt if his son were to die.

The gambling addict wasn’t able to cope with stealing a watch being on his conscious, so how would he react if he knew he’d killed someone?

Actor and Vinny star Bradley recently spoke out about the dark twist in his character’s relationship with Paul.

“When Vinny confronts his dad and shouts his mouth off, Paul doesn’t take it too well. He reacts in a really bad way and lets his anger get the worst of him,” the soap star sad.

“We see a really dark side to Paul and he hits Vinny. Of course, Vinny is absolutely shocked. His whole world has just come crashing down on him,” Bradley continued.

“Paul really hurts Vinny, because Vinny is pushing for answers and Paul doesn’t know what to say. [It] leaves him in a very bad place.”

Viewers have been urging the youngster to tell Mandy what her partner is really like in relation to his gambling habit, with one writing on Twitter: “Vinny needs to tell Mandy about Paul and his dreadful dealings. She deserves to know or she is on the road to heartbreak town #Emmerdale.

“I know he’s got an addiction but Paul is really getting on my nerves now. [I] feel sorry for Mandy and Vinny #Emmerdale,” another added, but will the youngster live to tell his surrogate mother the truth about his father?”