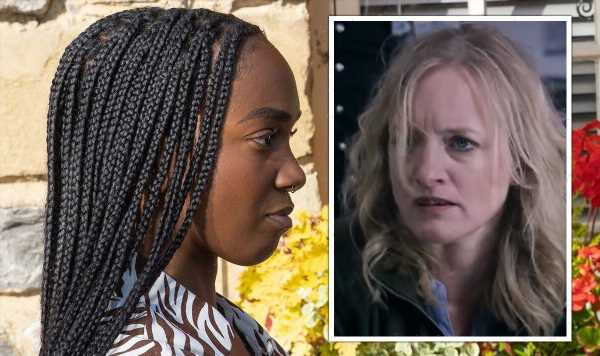 Emmerdale spoilers have revealed Nicola King (played by Nicola Wheeler) will come face to face with Naomi Walters (Karene Peter) who violently assaulted her on the ITV soap. Nicola grew increasingly paranoid following the attack and has been living in fear the assailants would return to the village to torment her. All of them have kept their distance apart from Charles Anderson’s (Kevin Mathurin) daughter Naomi.

The drama unfolds when Naomi secures a job at the village cafe after she was advised on how to win over the owner.

However, Naomi finds herself working alongside Nicola who soon recognises her trainers as well as her voice from the day of her attack.

While Nicola will never forget the attack, Naomi fails to recognise her as she has blocked the incident from her memory.

Naomi actress Karene revealed her character has erased the ordeal from her mind due to how horrific the attack was. 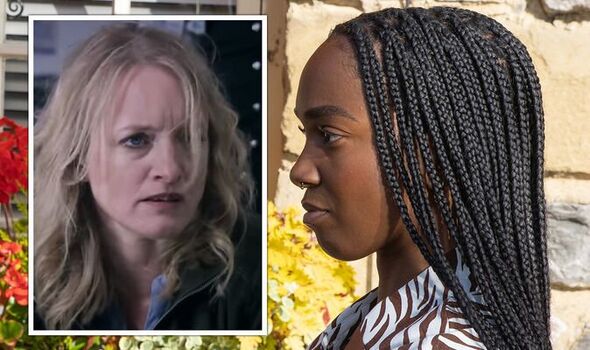 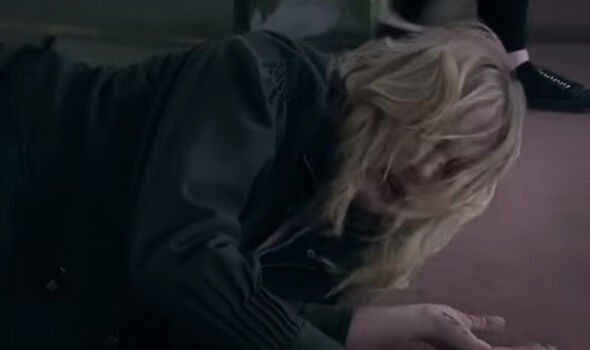 “The attack was something Naomi didn’t expect, and it happened so fast,” she told the Metro.

“In among suppressing that hideous memory she’s just forgotten Nicola’s face and put it all behind her and is trying to start again.

The actress said Naomi is “much more than a nasty character” and believes there is a moral dilemma surrounding her involvement in the attack.

“She is much more a villain than a bully,” Karene added. “There’s much more to her.” 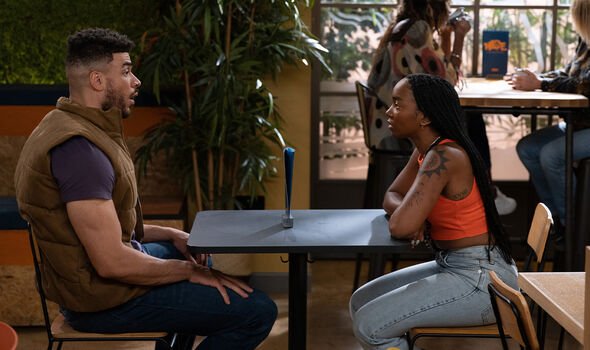 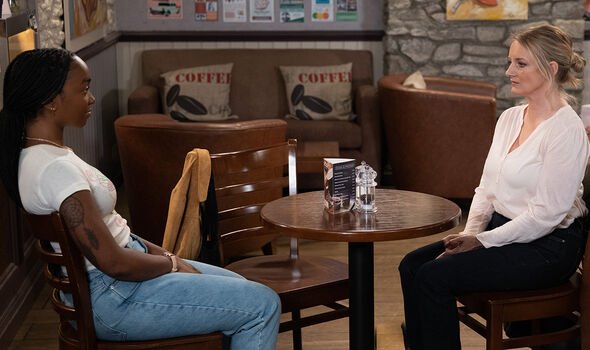 She continued: “With her wanting to find a place of belonging, she kind of felt she had that with those girls and then that went pear-shaped in a way that she could never have imagined.”

Emmerdale viewers will recall Nicola was beaten up and taunted by a group of girls and left bloodied and bruised on the ground.

One of the attackers was seen approaching an injured Nicola and said “sorry” before rushing off. Her face was never shown.

Could it have been Naomi who apologised for the hideous assault?

Karene, who is trying to build a relationship with her father Charles, knows it would not look good if he discovered she was involved in the attack.

She said: “Charles, Ethan and Nate would definitely see her slightly differently.

“The hope would be that once she explained the gravity of the situation and what actually happened, they would see where she’s coming from and what her place was in that situation – wrong place, wrong time kind of thing.”

Naomi is set to get closer to Nate Robinson (Jurell Carter) on the ITV soap after they go on a date.

He even offers to drop her off at work as they continue to flirt with one another in scenes yet to air.

Could he call it quits if he suspected she was capable of hurting Nicola?

Perhaps she will be able to explain herself and apologise to Nicola now she has recovered from her injuries.

Emmerdale airs on weeknights at 7.30pm on ITV.