Cain (played by Jeff Hordley) is known for being hot-headed and often losing his temper but his violent actions could cost the life of an Emmerdale favourite. It was only two years ago the bad boy thought he’d killed Joe Tate (Ned Porteous) when the men exchanged in a heated scuffle and the latter ended up being knocked unconscious. However, the ITV soap stalwart will be targeting another member of the notorious Tate clan in upcoming scenes as he discovers the part Jamie Tate (Andrew Lincoln) played in his estranged wife Moira Barton’s (Natalie J Robb) hit-and-run.

The drama kicks off next week as Belle Dingle (Eden Taylor-Draper) continues to conceal the secret her boyfriend ran down her brother’s spouse.

With her family strong against her new relationship, the youngster has even distanced herself from them, showing her loyalty to Jamie.

As such, she jumps to his defence when Moira discovers the truth about her accident and it’s not long before she tells her estranged husband.

Seething with anger, the bad boy gets hold of a bat and heads out on a mission for revenge as although he and his spouse have now split, he still wants payback for her.

When he comes face-to-face with his sister’s lover, emotions are fraught and Belle actress Eden has teased a death could be on the horizon. 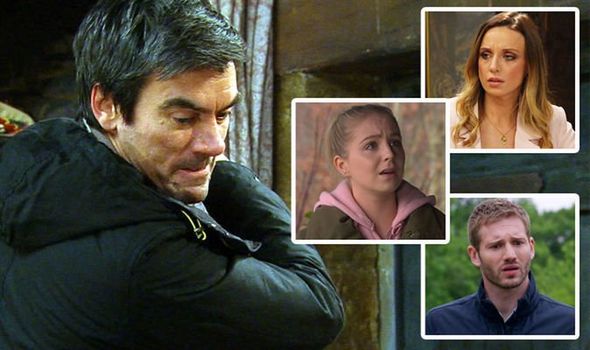 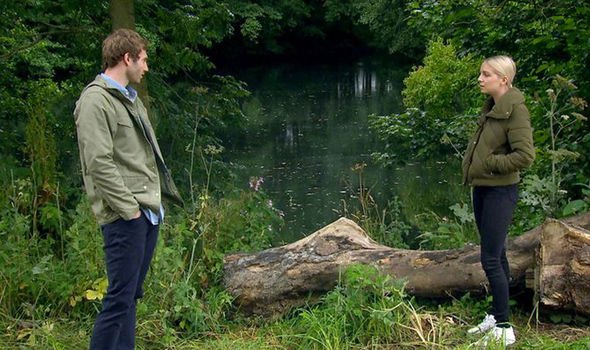 With Belle also on the scene at the time, the soap star explained: “Cain turns up, face of thunder, with a bat and she’s seen him like this many times.

“She knows all he wants to do is kick his head in for what he’s done to Moira — because there is love there, between Cain and Moira as well.

“If Belle isn’t careful — if Belle lets Cain do what he wants, Jamie could potentially die in this situation.

“Cain’s not turning up just to warn him. He shows up all guns blazing,” the actress told Inside Soap, so will her character end up losing another boyfriend? 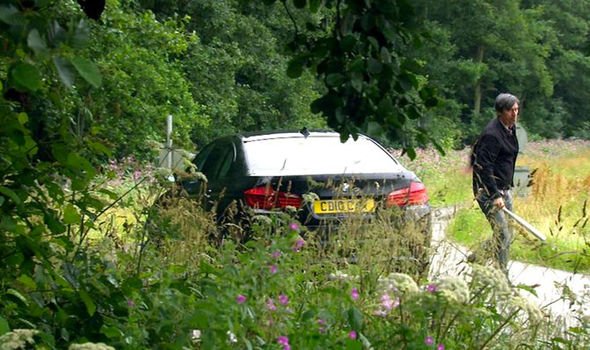 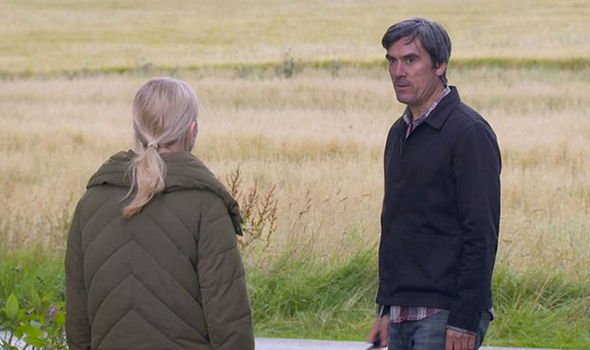 Due to the botched up attempt he made to kill Joe, Jamie could become the bad boy’s first victim as he has never murdered anyone before.

Some fans are predicting big things from the showdown, with one writing on Twitter: “Jamie is getting a bit cocky nowadays, I’d love to see him take on Cain lol #emmerdale.” [sic]

“Jamie acting tough with Cain but I bet he’ll be running scared to mummy and hiding behind her when Cain finds out he knocked Moira down & comes after him. #Emmerdale,” another added.

Whilst a third commented: “Can’t wait for Cain to find out about Jamie running Moira down hope it’s soon and wipe that smug grin off his face #Emmerdale.”

“Jamie is dead meat once Cain finds out that he was responsible for hitting Moira in the hit and run. Belle needs to decide early and I mean early to see where her priorities lie. She is bound to get her heart broken with Jamie. #Emmerdale,” a fourth explained.

Executive Producer Jane Hudson has recently teased something dramatic will happen as Belle and Jamie’s relationship woes come to ahead.

Speaking to the press, including Express.co.uk, the soap boss said: “There will be a twist in there and then it gets worse for Belle for quite some time.

“There’s a lot more to come in that story, a lot more. Not all is as it seems,” she continued, hinting part two will commence very shortly.

However, will this come as a consequence of Jamie’s demise at the hands of Cain, or is there something even more sinister afoot?

Viewers do think the bad boy has the ability to kill, with one writing on a Digital Spy forum: “I think he has the capacity to kill, but he’s not a cold-blooded killer who would do it for little reason or his own enjoyment (unlike certain characters who would kill for a few grand).

“Where [as if] Cain has killed [in the past], it has been unintentional. I think he could,” they continued, referencing the part he played in destroying the King’s Show Homes over a decade ago which claimed three lives.

Could it be Belle the bad boy of the village ends up killing if she gets caught in the crossfire between the two men?