The 1960s saw Elvis Presley’s Hollywood years, which included the 1963 movie It Happened at the World’s Fair. Famously a young Kurt Russell, who was only 10-years-old at the time, had a couple of scenes opposite The King. The future star’s first movie saw him play an uncredited part in which he kicked Elvis’s Mike Edwards in the shin twice.

Elvis’ character had paid the boy a quarter to injure him just so he could be treated by the World’s Fair nurse Diane Warren, who was played by Joan O’Brien.

Back in 2015, Russell said on The Graham Norton Show: “I was in It Happened At The World’s Fair with Elvis when I was 10.”

“He was a really nice man and he was the first celebrity I ever met.”

“He arrived on set in a limo and when he jumped out of the car two or three thousand women just started screaming and I thought to myself, ‘This guy must be famous!’” 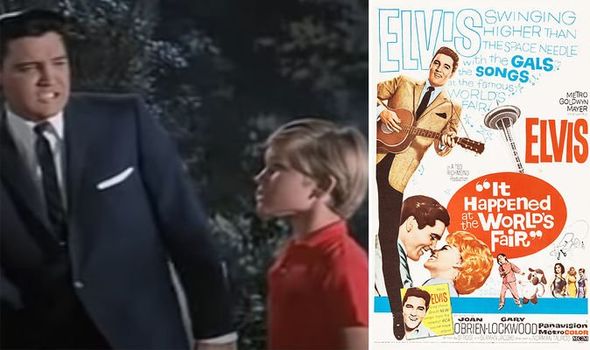 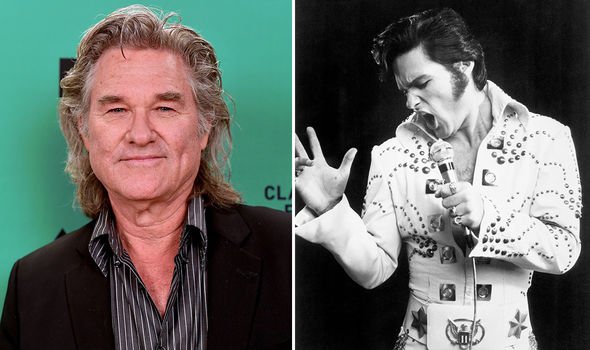 Appearing on his son Danny’s Memphis Mafia Kid YouTube, he said of the event that took place almost 60 years ago: “[Kurt] had come in the day we were filming the scene, where he kicks [Elvis] in the leg.

“They had just filmed the shot where the lady doctor was wrapping Elvis’ leg. 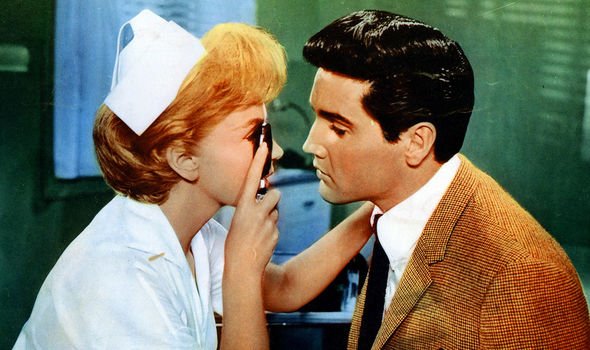 Billy continued: “I happened to be on the top area and there were some steps going down to this one room and that was supposedly where the doctor’s office was.”

It was then that Elvis’ cousin heard Kurt saying he didn’t know where to go and neither did the other guy he was with.

So Billy asked: “Y’all looking for the filming crew and all that, to get set up?”

To which Kurt replied, “Yeah we are.”

So Elvis’ cousin showed them exactly where to go for his shin kick scene.

Billy said: “At the time, I never dreamed it would be somebody that would become real famous.

“Anyway I led them down to the area there and I would think that Kurt would remember that.

“I never will forget that. It always stuck in my mind afterwards, especially after he became real, real famous.”

Billy added: “We had a lot of incidents like that. God it was fun!”

Of course, Kurt Russell famously went on to play The King in 1979 TV movie Elvis.

The young star was nominated for a Primetime Emmy Award and the film for a Golden Globe.

While next year sees the release of a new Elvis movie starring Austin Butler as The King.