Sam Smith has revealed they were given a massive marble penis from Ed Sheeran as a gift.

Sometimes you’re lucky enough to find a friend who is just brilliant at giving gifts – it’s like they see something and think ‘That’s it, that’s my friend down to the ground.’

For Bad Habits singer Ed, it appears the perfect gift for Sam is a six-foot tall, two-tonne marble penis.

Sam, 30, who is non-binary, said they thought it was a ‘joke’ when the ‘giant penis’ arrived at their door – and it’s so big they will need to have it ‘craned’ into their house.

Speaking on the Kelly Clarkson Show, Sam laughed: ‘It’s actually wild – I thought it was a joke, but it’s a six-foot-two marble penis.

‘It’s two tonnes, and I’m going to have to get it craned into my house!’ 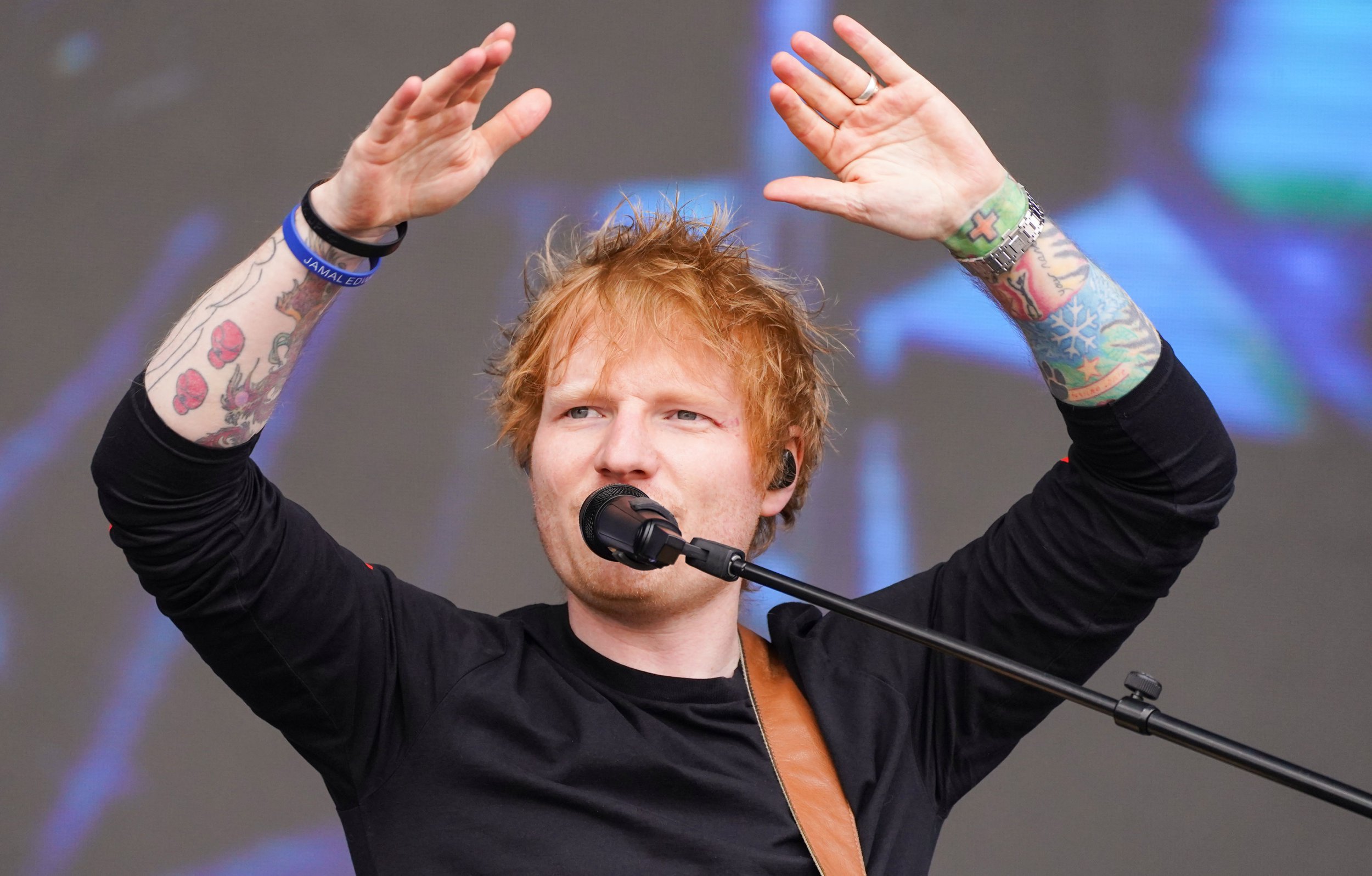 The Stay With Me chart-topper added that their goal is to turn the statue into a ‘fountain’ – and we can probably guess where the water will come from.

Sam added, however, that turning the penis into a fountain ‘will be hard.’

La La La singer Sam isn’t the only person to have been awarded the, er, interesting gift from Ed, as they revealed Sir Elton John is also in possession of one.

Sam and Breakway singer Kelly then went on to attempt to choose a name for the marble statue, and appeared to have settled on the Duke of Hastings, in a nod to a character from Netflix hit Bridgerton.

Sam first suggested Phillip as the penis’ name, before moving on to Kevin, which Kelly wasn’t a fan of as it reminds her of Home Alone ‘so it feels a little weird.’

‘No, we’re gonna think of one,’ she declared. ‘A good one. Duke of Hastings? Sounds grand and six-two!’

Sam recently opened up about how their growing confidence has led to them having more success romantically in the last few years, explaining: ‘I know what I want.

They told British GQ: ‘Over the last few years, as I’ve become confident in my skin, I’ve got loads of wonderful romantic attention.’