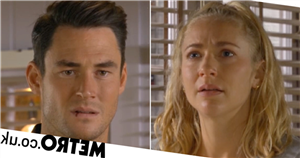 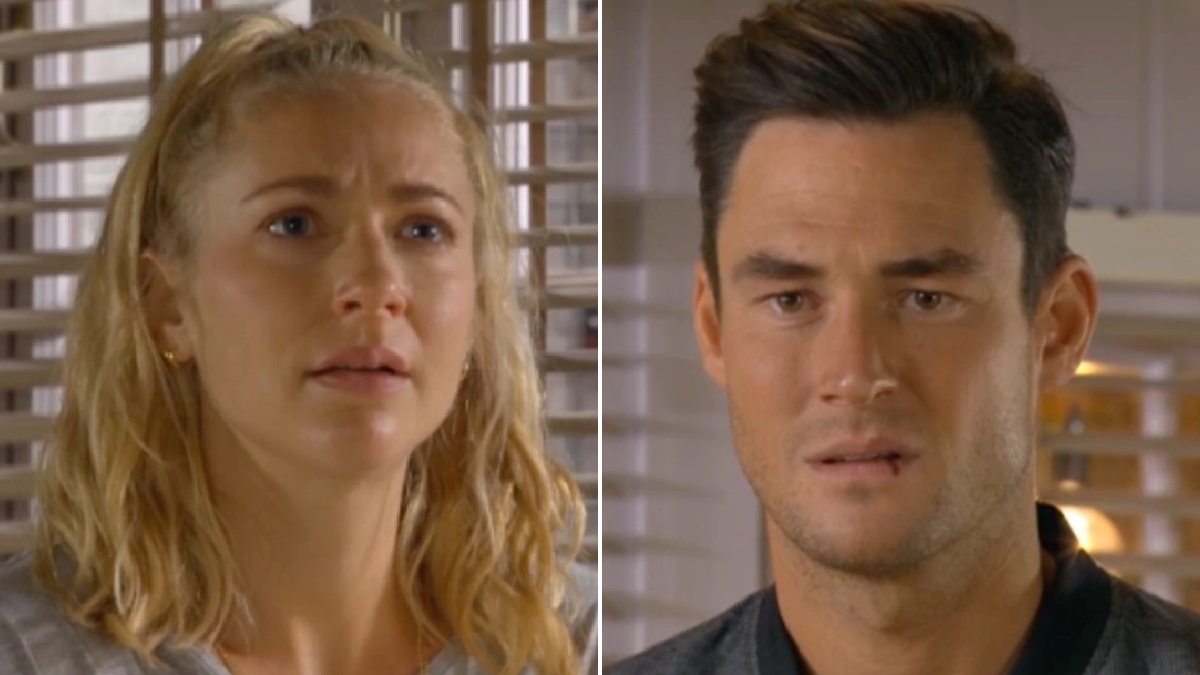 Fans will know that Nancy’s life was put in danger back in July, when Zack and Frankie ran her over with her while out for a drive, with the pair subsequently covering up their involvement.

Zack has been riddled with guilt over what transpired.

Nancy, meanwhile, has fallen head over heels for Zack, who has been nothing but supportive towards her since the incident.

But her happiness was dashed, after Zack made the decision to come clean.

Thursday’s edition of the BBC One soap saw the couple making plans to go into business together, but when Mick (Danny Dyer) got wind of it, he confronted Zack, and a heated showdown ensued.

Mick knows all about what Zack did, and he’s warned him to stay away from Nancy as a result.

But Zack refused to heed Mick’s warnings tonight, resulting in the Queen Vic landlord issuing him with a punch!

The violence left Zack conflicted over what to do for the best, but after giving it some through, he tracked Nancy down at the gym, and proceeded to open up.

‘When you were run over, it weren’t a random hit and run. It was me and Frankie!’

Will Nancy be able to forgive Zack for not only his role in the hit-and-run, but also for lying to her for months?

What’s more, will Frankie face her wrath?The two sisters have only just found one another, so could this spell the end of their relationship before it’s really even started?

And perhaps the biggest question of all: will Nancy discover that Mick knew the truth and said nothing?

EastEnders continues Friday September 3 at 8:05pm on BBC One.