When EastEnders reintroduced Ben (played by Max Bowden) to the BBC soap, viewers were stunned to discover the mechanic has turned much darker in his time away from Albert Square.

Plotting against his best friend Jay (Jamie Borthwick) and turning nasty against his girlfriend Lola (Danielle Harold), fans have been waiting for Ben’s actions to come tumbling down around him.

Now the soap has revealed Lola’s ex-fiancé Ewan is set to make an explosive entrance to Walford, and will drop the bombshell of Ben’s shady activities.

In new spoiler pictures released by the BBC, Lola and her grandfather Billy (Perry Fenwick) are faced with the arrival of Ewan, and things quickly turn nasty.

According to the soap, Lola is stunned to find her ex-fiancé Ewan waiting for her in the Square.

Ewan reveals he’s come to take her and toddler Lexi home, but Lola is having none of it and firmly puts him in his place.

Things quickly escalate between the trio, as Ewan then admits the truth about Ben’s dark side.

Hearing her ex claim Ben threatened him to stay away from her and the little girl, Lola completely loses it.

The fiery mother-of-one lashes out at Ewan, and Billy is left trying to pull her away from a violent altercation in the middle of the street. 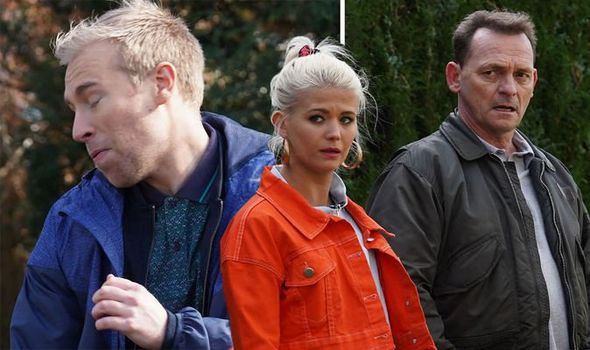 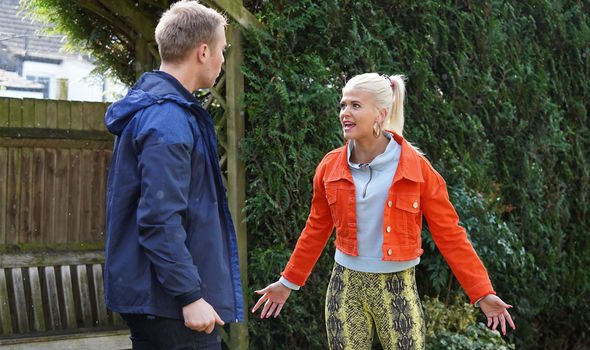 Will Lola Pearce turn on Ben Mitchell after Ewan’s return?

Ben was determined to sabotage her and Max Branning’s (Jake Wood) car lot business, prompting a surprising reveal over who actually owned it – Jay.

Ben stole all the cars from the lot and was furious when Rainie countered his actions by bringing back a new load – and they were bigger and better.

Initially thrilled to learn the truth about Jay owning the land, that quickly turned to disappointment when Ben’s best friend admitted he doesn’t really care about getting control of the business.

Ben later put pressure on Jay to confront Max over the documentation, but things took another turn. 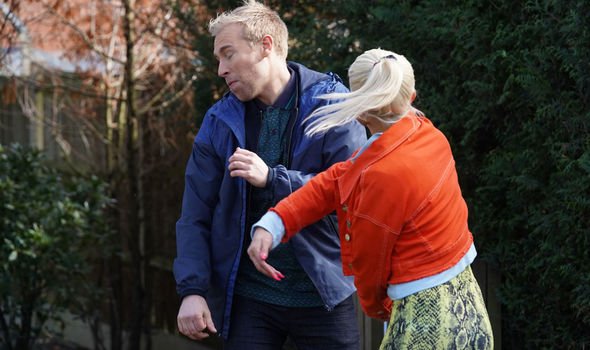 Jay was struggling over what to do after Ben suggested they start their own business together, and even confided in Ruby Allen (Louisa Allen).

Ruby stepped in and booked Jay and appointment with a financial advisor, but she was concerned by Ben’s plans.

Realising there may be more to Ben’s intentions than offering friendly support, an alarmed Ruby warned her new boyfriend to steer clear.

But with so much history, will Jay ever be able to cut ties with Ben?