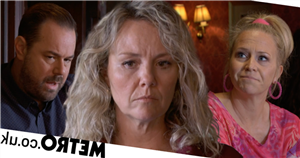 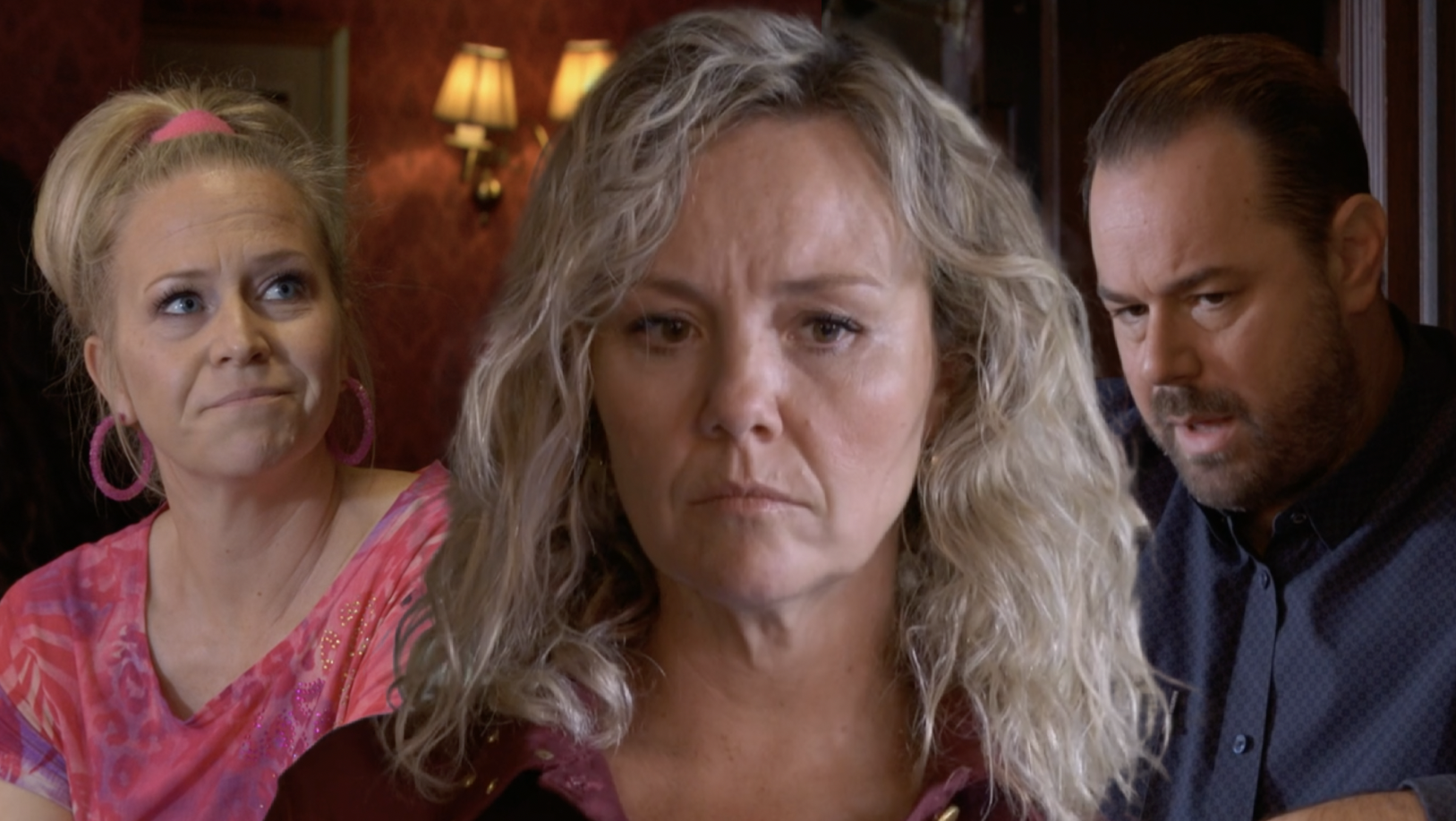 Janine Butcher (Charlie Brooks) was scared stiff as the credits rolled on EastEnders this evening, fearing that her secret is about to be exposed.

The dastardly schemer, as viewers know, is to blame for Linda Carter’s (Kellie Bright) car crash horror, but she subsequently framed the landlady for the collision.

Linda, who suffered injuries in the crash, has been unable to recall what actually transpired, and thus she believes that she drove the vehicle while under the influence, with baby Annie in the backseat.

Due in court next week, the matriarch is concerned about the possibility of going to prison for the crime – one she didn’t even commit.

Mick (Danny Dyer), however, is determined to make sure this does not happen, and Tuesday’s (August 23) offering of the show saw him make it his mission to assist Linda in anyway he can.

The landlord instructed his wife to go back over her memories of the crash, just in case she remembered something else.

When that failed, he suggested that she check her call history, and upon doing so, they discovered that – in addition to Mick – Linda had rang the Queen Vic on the day in question.

Janine, meanwhile, overheard this conversation, and she was left chilled to the bone. Is her secret set to out?

Quite possibly, given that Mick is on the case! ‘I’m not going to drop it,’ he said to Janine, who suggested he stop the investigation. ‘Somebody answered that blower.

‘I will not stop until I find out who that was!’.

Janine’s time is running out. Will Linda get the evidence she needs to prove that she didn’t cause the crash? Will Janine finally get her comeuppance?

EastEnders continues Wednesday August 24 at 7:30pm on BBC One, or stream the next episode right now over on BBC iPlayer.