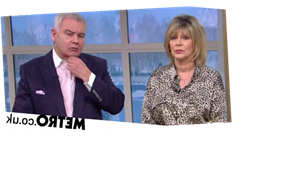 Eamonn Holmes couldn’t help but poke fun at the complaints made by viewers who accused him of ‘fat-shaming’ his wife Ruth Langsford.

During Monday’s instalment of This Morning, viewers were left less than impressed after Eamonn appeared to make a dig at his wife’s weight during one of the show’s games.

However, on Tuesday’s episode, as Eamonn was about to introduce a beauty segment, he decided to make a joke of the complaints.

‘Now, this is a very interesting item,’ he began.

‘Now we’re talking beauty treatments because some people are afflicted with…’ Eamonn continued as he pulled the skin on his neck.

‘It happens to us all,’ Ruth weighed in. ‘It suddenly happens, doesn’t it have you found? One minute I go “Oh, that’s alright” and then suddenly I hit 50 and I went “What’s that? What’s this?”‘ 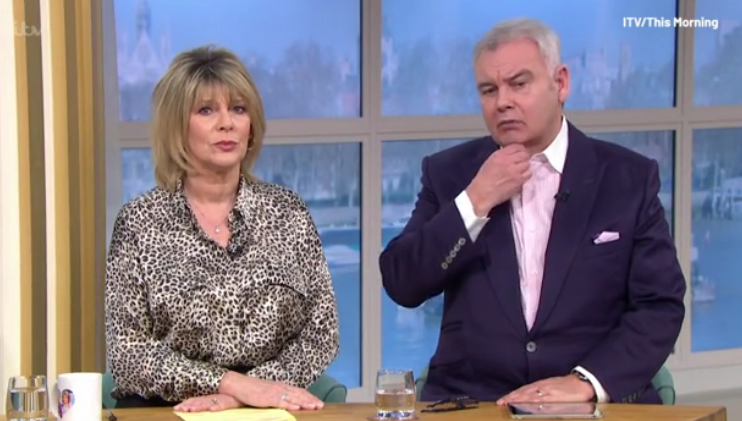 ‘I can’t make a comment on it, darling because people online will accuse me of shaming you for some reason,’ Eamonn Joked.

‘You’ll be slamming me,’ Ruth interrupted.

‘You may read the rest of this darling,’ Eamonn added.

Eamonn’s remark happened during a game, which sees callers describe what is behind the hosts.

One contestant was faced with a picture of Kate Middleton. As the caller began to describe her as being thin and ‘married to…’ but time ran out and he was forced to stop.

Eamonn then thought about what the answer could be, and said: ‘She’s very thin…’

He then turned to his wife Ruth and said: ‘Well it’s not you, darling.’

The moment didn’t go unnoticed by viewers at home, who rushed to social media to call Eamonn out.

This Morning airs weekdays at 10am on ITV.