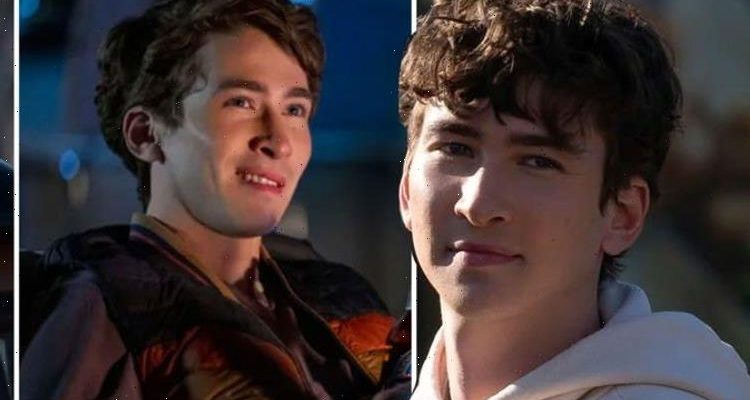 Dylan was announced as a new cast member for You season three last year and it was revealed he would be joining in a regular capacity as the character of Theo. The actor makes appearances throughout the 10-episode season as he becomes entangled in Joe Goldberg (played by Penn Badgley) and Love Quinn’s (Victoria Pedretti) toxic relationship. Here is everything you need to know about the newcomer and his mysterious alter-ego in the hit Netflix psychological drama.

Who is You season three star Dylan Arnold?

Born in Seattle, Washington, the 27-year-old actor always knew he wanted to pursue a career in the Performing Arts.

To acquire the right skill set for the job, he attended and got a degree from the University of North Carolina School of the Arts.

Since making a name for himself, he has got quite the fan base, with his Instagram page having more than 78,500 followers.

The actor often posts pictures of himself and the stunning locations he has been able to visit and work from.

He is also six feet tall, making him a great candidate for directors and producers when they are trying to find someone with a good build.

What other shows has You season three star Dylan Arnold been in?

The American-born actor has had roles in several films and television series since graduating from university.

Dylan’s first role was in a comedy-drama film called Fat Kid Rules the World, in which he played the character of Dayle.

It was released in 2012 when the actor would have been 18-years-old when he was just starting off his career and college.

Some of his more high-profile roles have included playing the character of Whip in S.W.A.T for two episodes.

He also played Twig Wysecki in the American drama Nashville which was a recurring role during the show’s final season in 2018.

In 2019, he featured in the Netflix film After, playing the character of Noah Porter who was Tessa Young’s (Josephine Langford) childhood sweetheart before she met Hardin Scott (Hero Fiennes Tiffin).

Dylan returned to the role for the sequel, After We Collided, which was released in 2020 on Amazon Prime Video.

This year he is also set to appear in the sequel to Halloween, Halloween Kills, as the character of Cameron Elam.

Who is Dylan Arnold’s character Theo in You season three?

Dylan’s alter-ego Theo might appear to be a college boy at first as You season three begins but it is soon explained he has a troubled life.

With a complicated relationship with his step-father spiralling out of control at home, the character becomes fiercely protective.

However, his home life also makes him vulnerable and it is also revealed he has a substance abuse problem and gets involved with dangerous antics.

Seeking comfort, Theo starts to take a liking to the mother of Joe’s child, Love, putting him in a perilous position.

However, with Joe having fallen in love with another newcomer in librarian Marienne (Tati Gabrielle) he doesn’t care about the affair.

Rather, he is pleased his wife has a distraction so he can pursue something with his new love interest without her knowing.

Unfortunately, not everyone makes it out of season three alive but Theo survives and with season four already being given the green light, he could pop up again in the future.

The actor has not spoken out about his character or posted anything on social media about the role, not wanting to spoil anything for the viewers.

You seasons one to three are available to stream on Netflix.