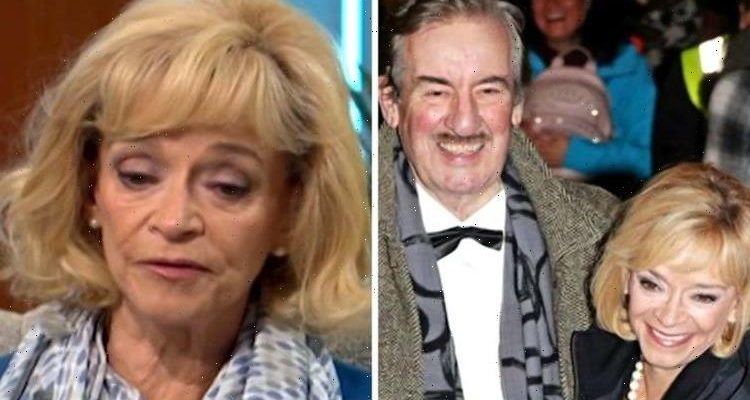 Sue Holderness, who is best known for playing Marlene Boyce in Only Fools and Horses, has opened up on the heartbreak of losing her on-screen husband John Challis who portrayed Boycie in the iconic sitcom. John sadly died last month aged 79 following a battle with cancer. During Wednesday’s instalment of Lorraine, Sue, 72, admitted to host Christine Lampard “I don’t believe he’s gone”.

The actress was invited onto the ITV daytime show to chat with presenter Christine, 42, who was stepping in for Lorraine Kelly.

Sue, who starred in Only Fools and Horses between 1985 and 2003, was broached by Christine about losing her on-screen husband John Challis.

John, who played the legendary Terrance Aubrey “Boycie” Boyce in the sitcom between 1981 and 2003, died peacefully in his sleep on September 19 following a battle with cancer.

Christine said: “It’s been a difficult few weeks for yourself and for friends and family members of John Challis of course.

“He’s been a friend of yours for many years and was much-loved by all of us here.”

A grateful Sue explained: “How lucky was I that John Challis came to be the other husband in my life?”

The star said she and John were friends “from the word go” and just five weeks ago the pair met up for lunch.

“Less than four weeks ago, John and I were filming together all day and he was as much fun as usual – but he got a bit tired at the end of the day,” she added.

“I can honestly say I don’t believe he’s gone, I think he’s watching us now and I think we must talk about our loved ones who are no longer with us.

“John will be remembered forever and loved by so many people and I don’t think [he’s] gone.

John, who died aged 64, was a scriptwriter responsible for several British sitcoms, including Only Fools and Horses.

Christine, who was there to lend a sympathetic ear to Sue, said she thought Only Fools and Horses was “one of the best things ever written”.

She quipped about watching clips from the programme “over 100 times over” and described Sue and John’s connection as “perfect”.

Sue proceeded to talk about her close bond with John Challis, revealing that they even holidayed together.

“The last time we holidayed together we were in a chateau in the south of France,” she added.

Viewers took to Twitter to comment on the star’s candid interview with Christine to offer the star their support.

Rob Kerr said it was “wonderful” to see Sue talking about her former on-screen husband Boycie, adding that he was “universally adored”.

Samantha tweeted the actress directly to say: “Saw your interview, you are a legend.”

Lorraine airs weekdays on ITV at 9.25am.