That whoosh you just heard? That was the sound of fanboys (and girls) around the world firing up their light sabres in celebration at the news that Disney plans to release three new Star Wars movies after the central nine-film saga ends in December with The Rise of Skywalker.

That sigh you heard? That's the response from the grown-ups who wonder if there will soon be no room at all left on the big screen for anything but big-budget franchise blockbusters.

Disney announced a slate of 63 films on Tuesday (US time) that maps out its major releases until December 2027, when Avatar 5 – the last of the four sequels to the 2009 smash that James Cameron is concurrently filming in New Zealand – is pencilled in.

Among them are eight Marvel movies, the X-Men spin-off The New Mutants, a new Indiana Jones movie, a sequel to Frozen, the fourth Toy Story animation from Pixar, and new entries in the annals of Maleficent and 101 Dalmatians spin-off Cruella.

There are also live-action reworkings of classic Disney animations The Lion King, Aladdin and Mulan, plus Steven Spielberg's reimagining of West Side Story and the first instalment of what Disney will hope is a new franchise for kids and young adults – Artemis Fowl, an adaptation of the first of Eoin Colfer's eight science-fantasy novels about a young criminal mastermind in a world people by faeries and leprechauns.

If this was the first glimpse of the future now that Disney has acquired Fox, there's reason to be a little afraid. Though a handful of the sort of adult-oriented award-friendly films that Fox has released under its Searchlight banner have a place on the line-up, they are massively outnumbered by franchises, sequels and spin-offs. If you care about original stories for grown-ups, move along – there's nothing (much) to see here. 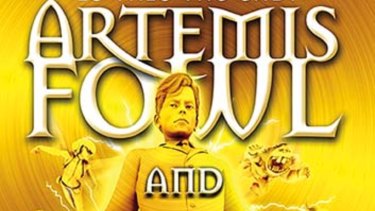 The first Artemis Fowl novel is being filmed. It’s unliklely to be the last. Credit:Puffin

You might argue that's all well and good because the world is full of alternative producers and distributors of movies. And to a degree you'd be right; after all, 63 films across nine years is not all that much (though there will be more announcements, some as soon as August, when Disney hosts its D23 convention for fans in Anaheim). Last year in Australia, for example, something like 700 movies enjoyed some sort of outing on the big screen.

But Disney releases aren't the same as other releases. With their massive marketing campaigns and monopolisation of screens, they suck the oxygen out of the market, leaving competitors to scrap it out for whatever audience titbits remain.

Since Disney bought Lucasfilm in 2012 and relaunched the Star Wars franchise three years later, it has typically had the opening weekend to itself, such is the fear of rival distributors about its likely dominance of the box office.

The latest Marvel film, Avengers: Endgame, demonstrated just how real that dominance has become. In its first weekend the movie accounted for almost 90 per cent of all box office in North America. After two weeks on release, it has taken more than $US2.2 billion ($3.1 billion) globally, including more than $51 million in Australia. It is already the second-highest grossing film ever (behind Avatar), and likely to take first spot within a matter of weeks. 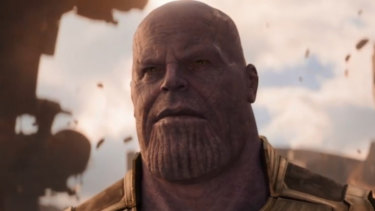 It's not just the dollars that are hoovered up, though – it's the screens, too. In Australia Endgame opened on 1112 screens – almost half of all available screens in the country. At Hoyts Melbourne Central on Wednesday, you could see Endgame at any one of 19 sessions; the three other films screening had six sessions between them. At George Street in Sydney it was 20 sessions for Endgame and 11 for the six other films showing.

There's nothing wrong with Marvel movies or Star Wars movies or Pixar animations per se. It's not just fanboys (and girls) who enjoy them – and who will have the chance to continue to enjoy many more of them until 2027 at the very least.

But a world in which it is increasingly difficult to see anything but a Marvel or a Star Wars or a Pixar movie on the big screen? There’s something very wrong with that.