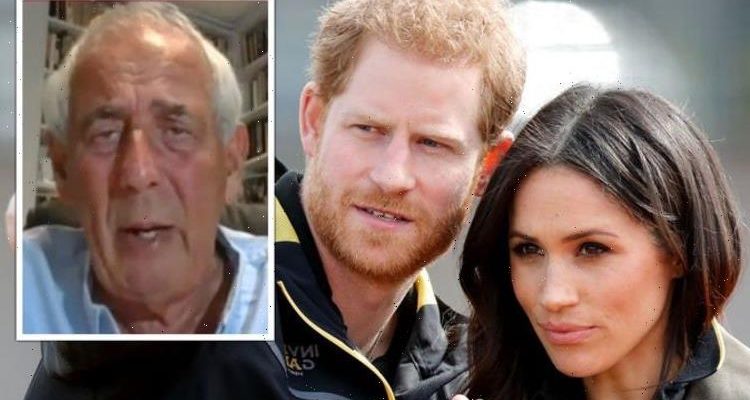 Bower was asked by a GB News viewer how Meghan Markle compared to her mother-in-law, Princess Diana, and the royal biographer did not hold back. Speaking to Dan Wootton, Bower explained the former Suits star was nothing like Diana, insisting she was “very different” to what the Duke and Duchess of Sussex imagine.

Bower replied: “I do think that’s one of the other fundamental questions.

“You see, Diana was very, very different to what Meghan imagines she was like and more importantly, what Harry thinks his mother was like.

“Diana was an unbelievably royal and loyal monarchist. She would never have betrayed the Royal Family.

“She never would have embarrassed the Queen. She was desperate obviously in terms of her marriage but in the end she worked phenomenally hard.”

Bower continued: “One of Diana’s great qualities was she only became such a beloved figure in Britain because she devoted herself so much to the poor, to the afflicted and all the rest of it.

“But she never sought celebrity, she never tried to be famous. She was famous because of what she did.

“Meghan doesn’t realise she hasn’t done anything. She maybe be a philanthropist, she may be an actress, but I haven’t seen much results.”

“It’s such a wasted opportunity because there’s so much she could have done,” Wootton commented.

“You are so right, Diana did things, Meghan postures.”

It came after Wootton also spoke to Robert Jobson about Harry’s decision to release a memoir about “the man he has become”.

While many have been critical of the Duke’s move, Jobson said he would read the book to find out more.

“I’m looking forward to it, I’m intrigued by it,” Jobson explained. “I think it’s going to have a massive impact on the Royal Family and certainly the relationship with his brother going forward.

“But what it does show is Harry does not give a damn about the feelings of his grandmother, or his brother or his father.

“He thinks he can do what he likes and it looks like he can.”

Announcing the book, Harry said: “I’m writing this not as the prince I was born but as the man I have become.

“I’ve worn many hats over the years, both literally and figuratively, and my hope is that in telling my story – the highs and lows, the mistakes, the lessons learned – I can help show that no matter where we come from, we have more in common than we think.”