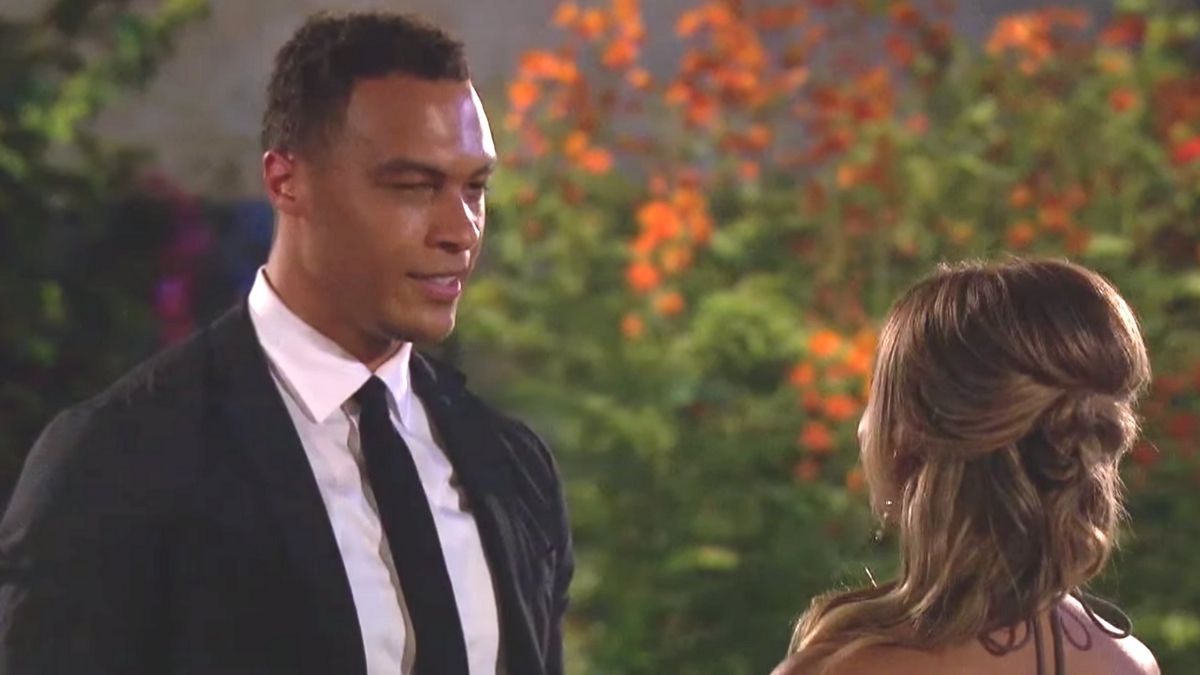 It’s no secret that Dale captured Clare Crawley’s attention from the beginning, and based on the new preview that was released yesterday, he’s also a competitor for many of the guys. It appears that the other guys felt threatened by Dale and didn’t think he was the best fit for Clare.

But despite the controversy, Dale is minding his own business. He recently shared a cute post dedicated to his mom.

On Instagram, Dale wrote that all he ever wanted to do was to make his mom proud. He added that he loved her and missed her. In the last sentence of his story, he added that “this one” was for her, sharing a red rose emoji.

Bachelor fan account @bachelorteadaily reshared his Instagram Story, adding, “I am going to cry, Dale. She is looking down on you and proud.” 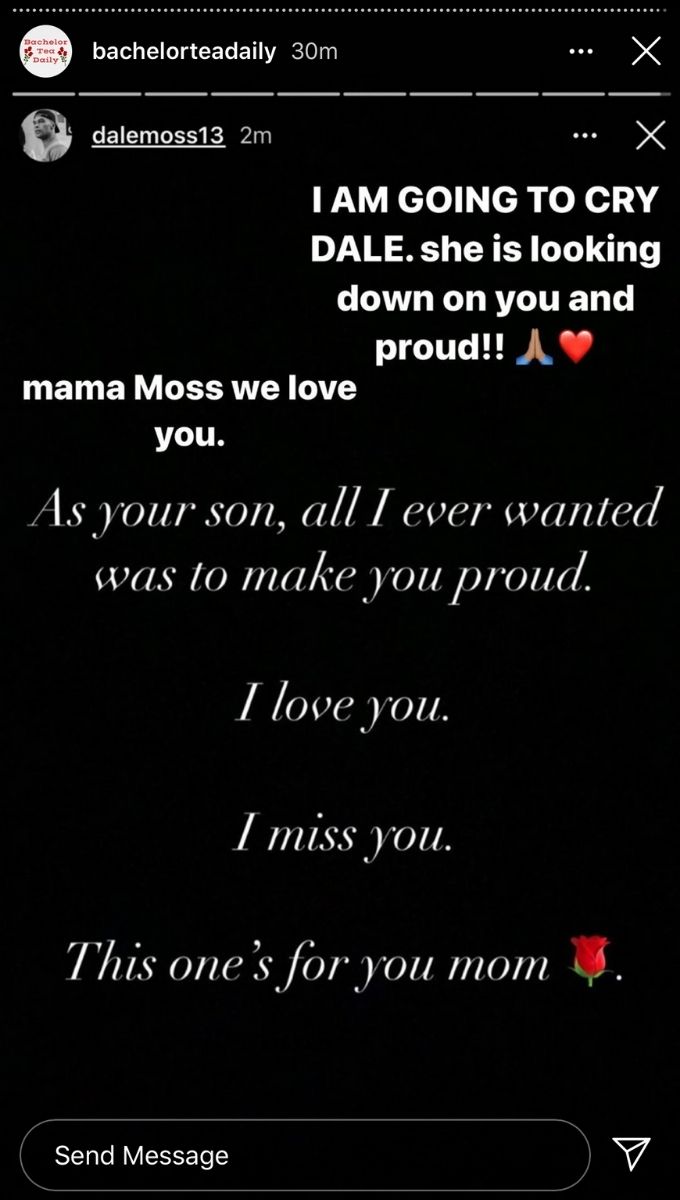 It appears that the Bachelor fan base approves of Dale and they want to be his support system now that he doesn’t have his mother around.

Dale’s mom passed away a few years ago. On Facebook, he shared a memory with her in early 2019, more than a year after her passing. He didn’t go into details about what happened other than saying it was very unexpected.

“For those who don’t know my mother passed away a little over a year and a half ago unexpectedly and it was an earth-shattering moment for our entire family and many in our community,” Dale wrote on Facebook back in January 2019, adding, “I’m very private with my personal life but wanted to share some perspective that helped me tremendously through this time.”

Happy Birthday Momma Dea!For those who don’t know my mother passed away a little over a year and a half ago…

It’s clear that Dale loved his mother. It’s possible that her passing will be something that Dale talks to Clare about on The Bachelorette.

Dale Moss’ sister has issued statements about him and Clare Crawley

Dale does have his sister’s support when it comes to his Bachelorette journey. She made her thoughts known when her brother was accused of sexting with Clare prior to them filming the show together in La Quinta.

Dale’s sister spoke out about Dale’s supposed online relationship with Clare, revealing that he did not speak to Clare online prior to the show. She added that she was living with him during quarantine and that he didn’t have time to carry on a full relationship with someone over the phone.

Dale never addressed the accusations, possibly because of his Bachelorette contract. However, on Instagram, Dale revealed that he’s ready for kids when asked about his five-year plan. So, while he doesn’t talk about Clare, he is letting her- and everyone else- know what he wants in life.

The Bachelorette premieres tonight, Tuesday, October 13, at 8/7c on ABC.