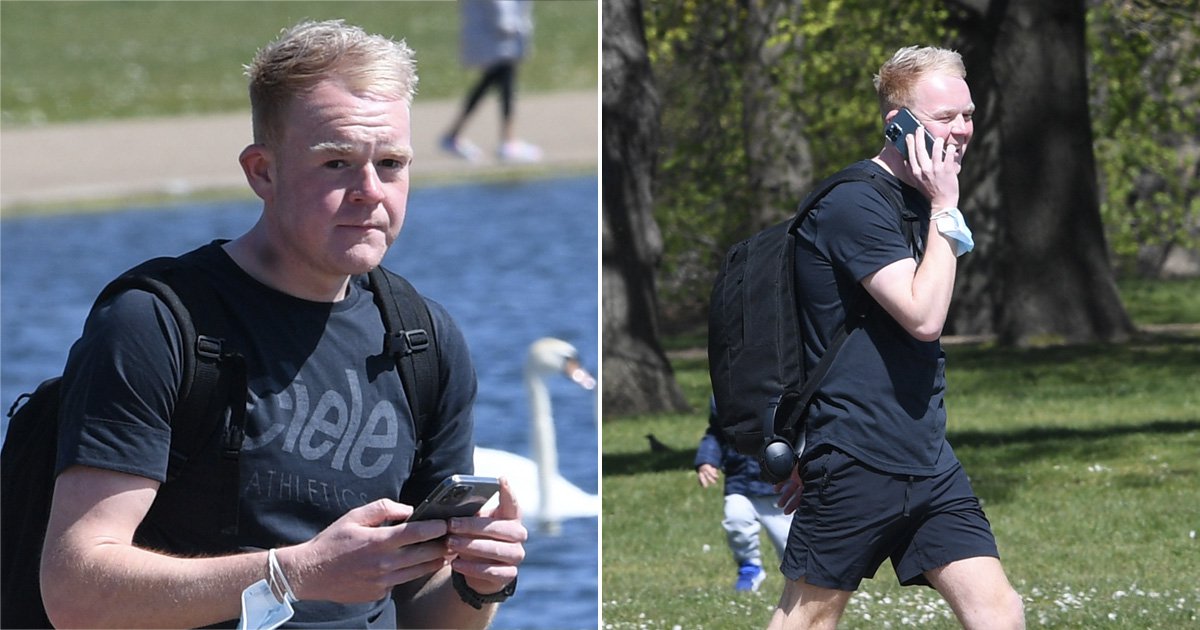 Coronation Street star Colson Smith has continued to show his incredible fitness transformation while spotted out and about in London this week.

Colson, who’s played Craig Tinker on the ITV soap for the past 10 years, recently headed to Hyde Park in the English capital for a stroll, donning a black T-shirt and shorts and a pair of white trainers.

The 22-year-old actor was seen smiling as he spoke to someone on the phone and filming landmarks, a rucksack on his back and a mask tied around his wrist.

Colson’s outing, where he walked beside ducks and swans in a pond, comes shortly after he announced that he would be taking a short break from the cobbles of Corrie to help out his sister on her farm.

Last year during the coronavirus pandemic, Colson shared his impressive exercise regime, having embarked on a weight loss journey for a storyline involving Craig on the programme.

The actor made the most of his lockdown exercise, raising money for charity while taking part in a virtual 5K and losing 10 stone while Coronation Street filming was paused.

However, over Christmas Colson suffered a running injury that left him ‘crying at night’.

Speaking on the Sofa Cinema Club podcast at the time, he said: ‘It’s at the point where I’m crying at night now.

‘I’ve rang about 14 physios today and none of them are open because it’s Christmas.’

Fortunately, the actor now appears in higher spirits, sharing a selfie on Instagram of himself in a gym last month.

‘We’re nearly there,’ he wrote alongside a crossed fingers and an hourglass emoji.

‘Lockdowns have taught me the lesson of not taking the simple things for granted.’