Kelly Neelan (played by Millie Gibson) and Aadi Alahan (Adam Hussain) declared their love for each other in Friday’s instalment of Coronation Street as Aadi proposed for real after pretending to be engaged for a competition. However, if Kelly panics and fears she’s rushing into getting married, will Dev Alahan (Jimmi Harkishin) take drastic measures to protect his family?

In next week’s episodes, Aadi and Kelly learn that they need written consent from their parents or guardians to enter the Gazette competition because they’re under 18.

With their engagement all over the newspaper, Dev, Maria Connor (Samia Longchambon) and Gary Windass (Mikey North) all meet to discuss the couple.

They all agree Aadi and Kelly are far too young to be getting married.

Later, Dev tries to reason with his son but the pair end up in a heated argument. 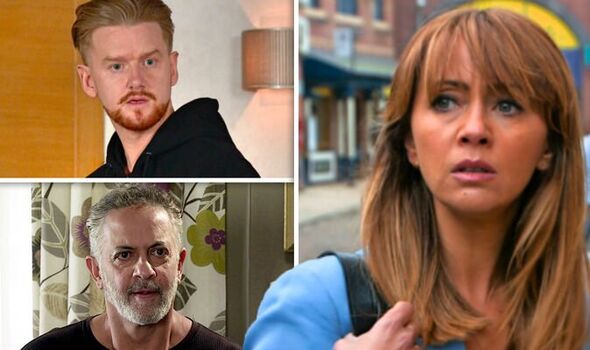 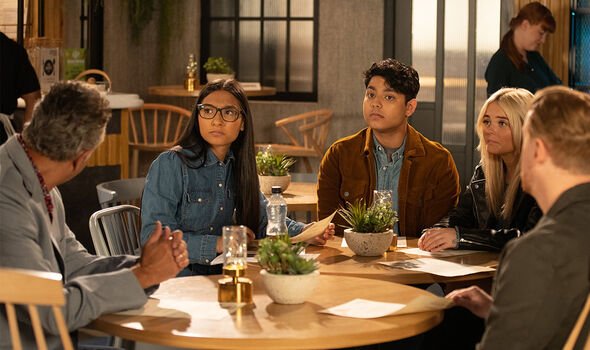 The father-and-son row over Kelly’s background and her troubled past on the cobbles.

Dev hits out and grabs Aadi causing him to fall and hit his head.

Furious, Aadi tells his father he wants nothing to do with him and is leaving Weatherfield for good.

Asha Alahan (Tanisha Gorey) is devastated and urges her brother not to cut their dad out of his life.

She apologises for Dev’s reaction but explains he only acts out because of how much he loves them. 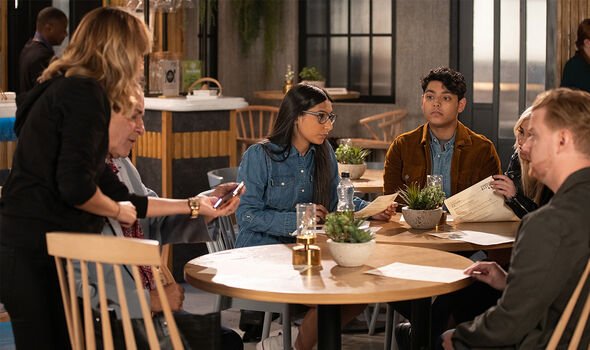 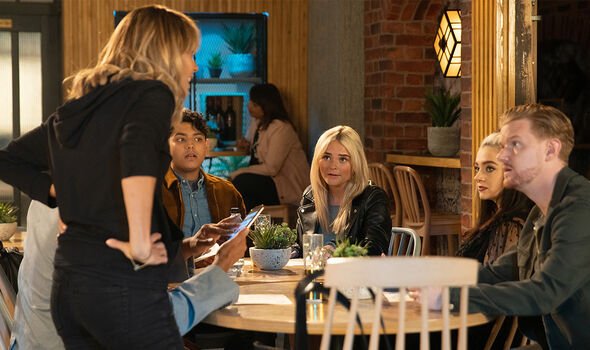 Later, Aadi visits Dev at the shop and hands him his mum’s engagement ring.

He refuses to engage with his father but Dev is secretly relieved believing the engagement is off.

Unbeknownst to him, Aadi is more determined than ever to embark on a future with Kelly.

However, could the couple’s happiness end in heartbreak?

Although both Kelly and Aadi have cemented their feelings for each other, the troubled teen could change her mind.

If Kelly begins to worry she’s rushing into a marriage, Aadi would be left heartbroken.

Will Kelly turn around and change her mind about his marriage proposal?

Dev would do whatever it takes to protect his family and may decide moving away from Weatherfield is for the best.

He could get in touch with family away from the cobbles and encourage Aadi to join him and Asha on a trip to give himself space from Kelly.

Will Kelly break Aadi’s heart or will Dev, Maria and Gary be forced to watch as the young couple run away together?

@floweroflondon wrote: “Kelly and Aadi are too happy. Always a bad sign in a soap.”

Coronation Street airs on ITV on Monday, Wednesday and Friday at 8pm.