Debbie (played by Sue Devaney) has certainly made an impact since returning to Coronation Street earlier this year as it was recently revealed she is working with Ray (Mark Frost) to destroy Weatherfield. Viewers of the ITV soap have also discovered the pair have a past together, having been romantically linked some years ago when Kevin Webster’s (Michael Le Vell) sister was living in Turkey and working as a property developer. The villainous Webster sibling has always explained to her loved ones she has never had any children nor planned on having any. However, it could soon emerge her former lover is in fact the father of a secret love child she had to give up for adoption.

Speaking with Express.co.uk and other publications, Debbie actress Sue, 53, teased what secrets could emerge from her character’s past with Ray.

“She knows Ray as she went out with him back in the day, so that’s why she got involved [with the redevelopment],” the actress began.

Asked if the pair would ever reconnect, the soap star said: “I don’t think she would go back to Ray but there’s this thing about being attracted to bad boys.”

“If she didn’t know him and she saw him in a restaurant, she’d think, ‘Oh, he’s gorgeous’, but when someone’s gorgeous and you get to know them, they’re not that attractive, are they?

“You know warts and all and all their faults and as Debbie gets older, she doesn’t like the bad boys as much. 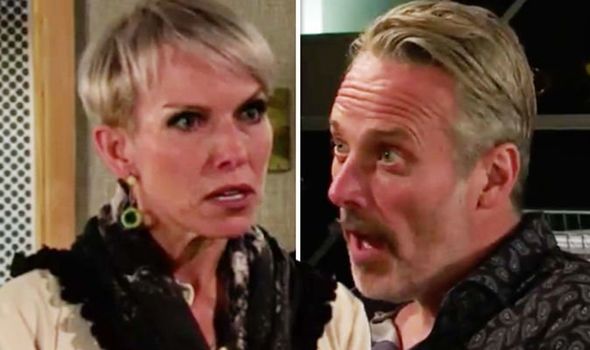 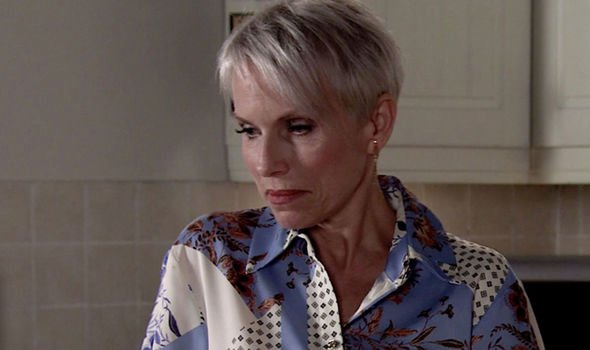 This attitude towards the ruthless businessman might because he’s a womaniser, but it could also be for a very different reason.

Debbie might not be able to trust her ex romantically as he might have got her pregnant but he never knew she was carrying his child.

If she discovered she was excepting some months into her pregnancy and with no man by her side, the businesswoman could have taken action to ensure the baby got a proper family life. 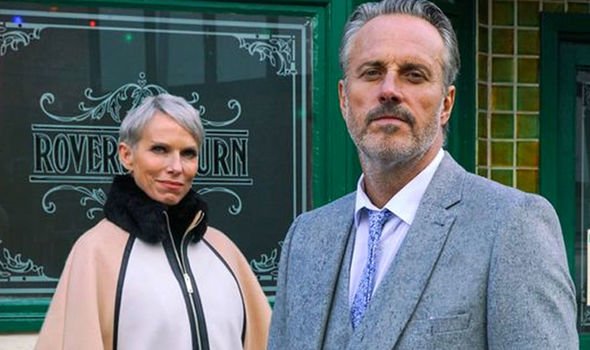 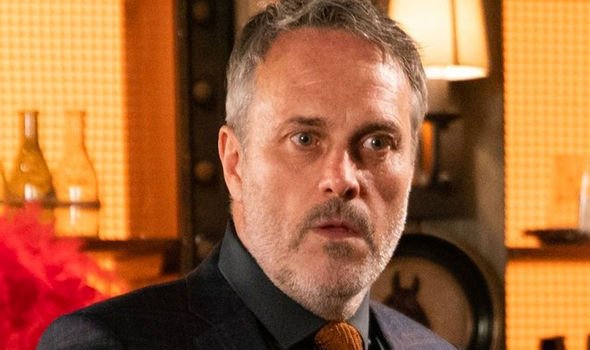 You just wouldn’t be able to go there

After giving birth, Debbie could have given her child up for adoption and hoped she would never have to think about it again.

However, as it seems her family are going to turn against her when they realise her plans for Weatherfield, Ray might be the only person to show her any support.

As the pair grow closer once more, the businesswoman’s heartbreaking secret could come back to haunt her as she knows she can’t let her ex back into her life.

Confused as to why his former lover is being so cold, the villain could discover he has a child out there somewhere in the world.

Horrified by Debbie’s bombshell, Ray could put his plans for the cobbles on pause to try and track down his child.

The businesswoman might be less reluctant as she never wanted children and thought by putting the baby up for adoption, she wouldn’t have to think about it again.

When her business partner tells her he thinks he might have found their child, will the Webster sibling have second thoughts?

If she does want to be a mother to her missing child, will Kevin’s sister make a run for it with her young child to ensure her ex cannot manipulate them?

Taking to Twitter, viewers have been reacting to the recent scenes which have seen the pair planning to ruin the lives of some Weatherfield favourites.

One viewer wrote on the social media platform: “I actually can’t believe that Debbie is working alongside Ray #Corrie.”

A second added: “Teaming up Debbie and Ray is an absolutely genius move. This should be a great storyline building up to the 60th anniversary next month. #Corrie.”

“Debbie is a right trouble maker they’ll be a huge argument when the truth is officially out. #Corrie,” a third commented.