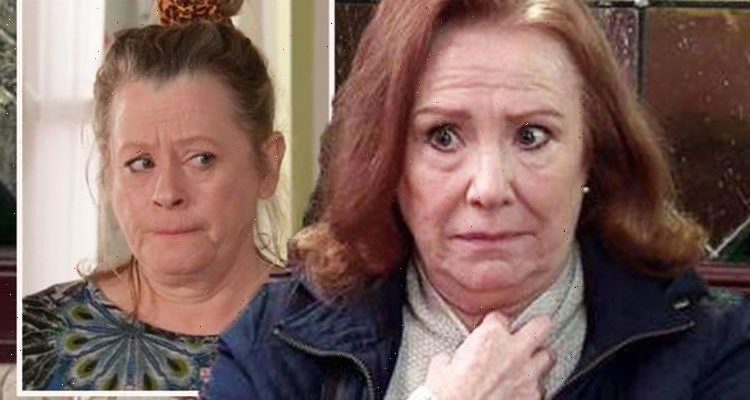 Cathy (played by Melanie Hill) has been under attack from social media trolls ever since she made a comment about Steve McDonald (Simon Gregson) online – which she now deeply regrets. Earlier this week, Coronation Street viewers watched as the beloved ITV soap character was sent a wreath by an unknown sender, putting the fear of God into the newsagent. Bernie (Jane Hazlegrove) has proven herself to be an ally to her neighbour in her darkest hour but it could be she is actually working against her and making Cathy’s life a living hell.

When Cathy first made the comments about Steve, it was Bernie who was backing her all the way to post what she thought he was doing with his fundraising money on social media.

With her life in turmoil, the beloved character’s partner Brian Packham (Peter Gunn) took the wrap for her so she wouldn’t be inundated with vile abuse.

Unfortunately, with more of their neighbours boycotting the Kabin, Cathy decided to confess and this subsequently led to a funeral wreath arriving on her doorstep.

During Wednesday’s episodes, Brian met with Bernie at the café to discuss what they could do to help their loved one.

“I’ve rarely seen Cathy so subdued, broken if you will,” the former school teacher said to the waitress who seemed less sympathetic. 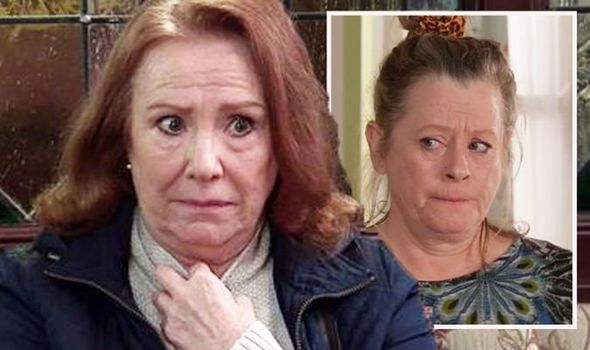 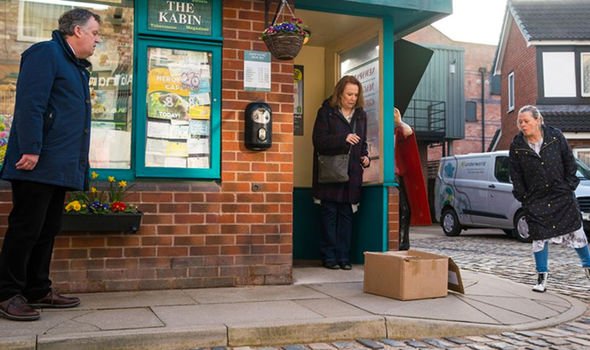 “It’s the times we live in,” Bernie remarked, adding: “Flaming internet,” as she struggled to look Brian in the eye.

“Every Tom, Dick and Harry saying what they want without facing the consequences,” she continued with Cathy’s partner replying: “Sadly, we’ve moved from venting to torment and persecution.”

“I suppose in the old days, they would have sent one of those poison pen letters,” Bernie told her neighbour.

“At least that took a bit of thought and effort. Our generation, we made our own amusement, we joined clubs,” the former school teacher declared.

“It’s so difficult to know what to do for the best,” he continued, saying his partner should have gone to stay with her sister until the dust settled. 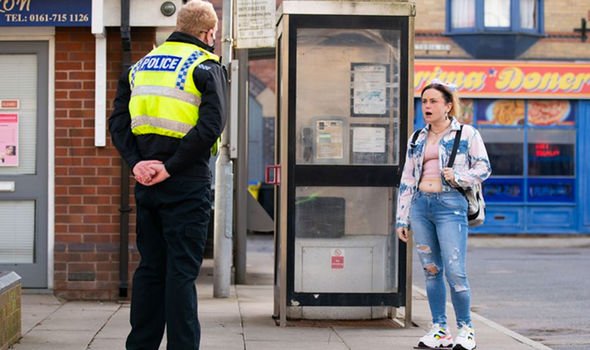 Cathy did something she shouldn’t have

However, Bernie had a different tact as she replied: “Why should she? I mean, let’s face it, she did something she shouldn’t have.

“Who hasn’t? But she apologised and anyway, it’s one thing the McDonalds’ being mad with her but what right have these internet idiots got to start threatening her?

“Because what they’re doing is just as bad as what she did. It’s worse,” she continued as Brian voiced his support.

“Saying something snide is one thing but when you start scaring people or making them feel frightened in their own homes, well it’s not on, is it?” she added.

As Brian looked more unsettled than ever, the waitress had a big grin on her face as it seemed her plan had worked to get him riled up. 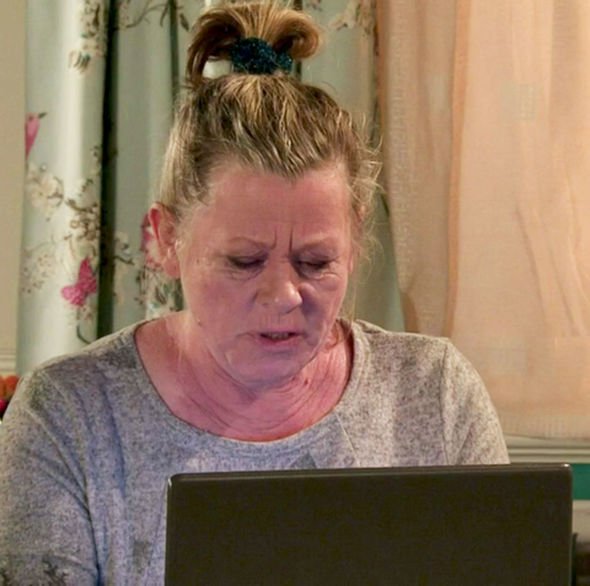 “Do you know what? Are they worth it?” Bernie asked Brian, to which he replied Cathy was worth standing up to the trolls.

As he got his phone out, the waitress asked what he was doing, with the former school teacher declaring: “Something I should have done from the very start.”

Bernie seemed nervous as to what he was doing and it later transpired he had rung the police to report the matter.

Craig Tinker (Colson Smith) later made a visit to the Kabin and explained there was nothing the authorities could do.

Gemma Winter (Dolly Rose Campbell) was furious her friend wasn’t getting any support and she later made a horrific discovery.

The mother-of-five found out Cathy’s face had been superimposed onto a deep fake video and when she went to the toilet, Bernie made a threat to the person who had uploaded the clip.

She thought she’d gotten away with it but Craig turned up at the café to explain the threat of violence had been lodged with the police.

Because the authorities could track the IP addresses, they located it to Gemma’s computer and her mother was forced to confess she sent the threat.

Bernie’s justification was she was helping her friend but could she be playing a double-bluff as she is actually Cathy’s tormentor?

Having been a part of the storyline from the very beginning, it wouldn’t be completely out of the question for her to be the villain of the piece.

However, the question is if Bernie is the social media troll, what did she want to inflict such hatred on her friend?

The two women seem to be a strong unit but Cathy could have done something to upset her and therefore, unknowingly became victim to Bernie’s reign of terror.

Whoever is behind the anonymous abuse online, they drove the beloved newsagent to leave her partner Brian and move in with Yasmeen Nazir (Shelley King).

Cathy asked her friend to keep it on the download she was staying with her and she didn’t want to attract any unwanted attention.

However, if Bernie discovers where her neighbour is, will she continue to make her life a living hell?