James Bailey (played by Nathan Graham) decides to open up about his sexuality in upcoming Coronation Street episodes after being promoted within his football team. However, will he realise he needs to take some time away from the cobbles after making a huge announcement at a Weatherfield County press conference?

In episodes that are available on the ITV Hub as part of the Coronation Street boxset, James receives a promotion.

While out celebrating he bumps into his ex Danny Tomlinson (Dylan Bradley) who suggests the pair go out for lunch.

However, he later spots that photos of himself and Danny have been shared online accompanied by unpleasant comments.

His manager organises a press conference but journalists quickly ask him awkward questions about his private life.

Speaking to Express.co.uk and other press, Nathan addressed how James feels in that moment. 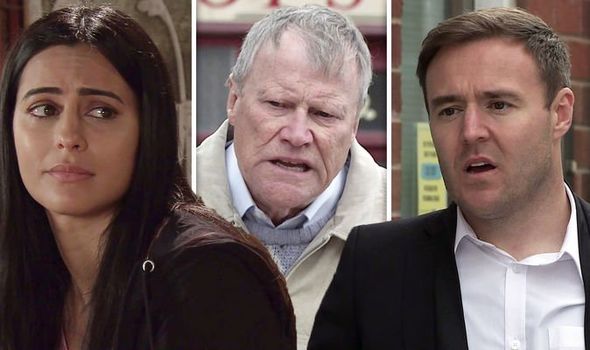 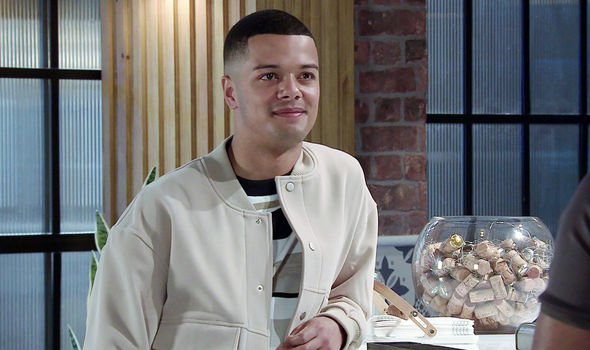 He said: “When someone keeps asking and asking and everyone’s chipping away at you, you get to a point where you think, ‘How long can you as a person deflect or not answer these questions?’

“He’s fully at a crossroads in that moment, ‘Which way do I go? What do I do here?’

“‘Do I keep sticking to my plan, or do I do what needs to be done and then see what happens after that?’ he just has this inner turmoil.”

The Coronation Street actor explained James is worried being honest will impact his football career.

Speaking about what has held him back, Nathan said: “I think I think he probably has a fear within himself, he’s automatically fearing the worst situation. 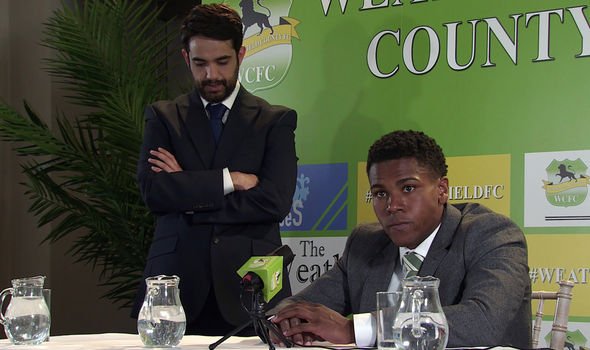 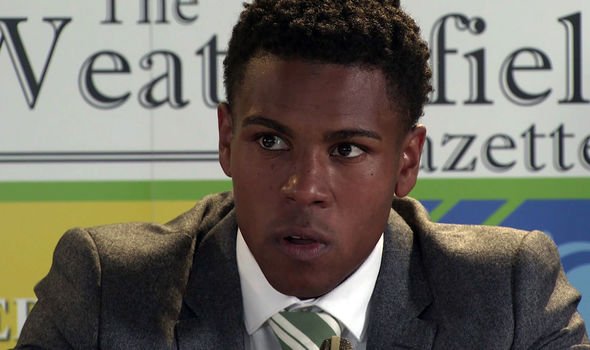 “He does have the support of his friends and family, but it’s just the fear of what will happen.

“He knows the club won’t get rid of him but with the fans’ [possible reaction] there might be too much pressure.”

“So there are lots of different things that weigh on his mind and he has these questions.

“I think it’s just a case for him to just keep ticking over nicely and try and go under the radar as much as possible.”

The footballer decides to come clean and being honest with the press but Nathan explained he still isn’t quite ready for a relationship.

Addressing why James might not be ready to go public with Danny, Nathan said: “The fear of a backlash and how people might respond [could be too much].

“He doesn’t want that from the fans and the general public, the weight of what they might say or might do weighs very heavily on him

“Maybe he’s not in the right mental state, even though he’s in a good space mentally, he isn’t necessarily ready for that added pressure that might come with being in a relationship that’s out there, and everything else that comes with it.

“You have to navigate through a relationship and if this is all added to the top, then that might affect the relationship as well.”

Meanwhile, to add to the pressure for James, Danny reveals he’s planning on moving to France and suggests they give their romance another try.

Although James will bravely open up about his sexuality to his fans, he may decide he can’t face any potential backlash.

Will the footballer leave Weatherfield to get some space from his career and join Danny in France?

Coronation Street airs on Mondays, Wednesdays and Fridays on ITV at 7.30pm.