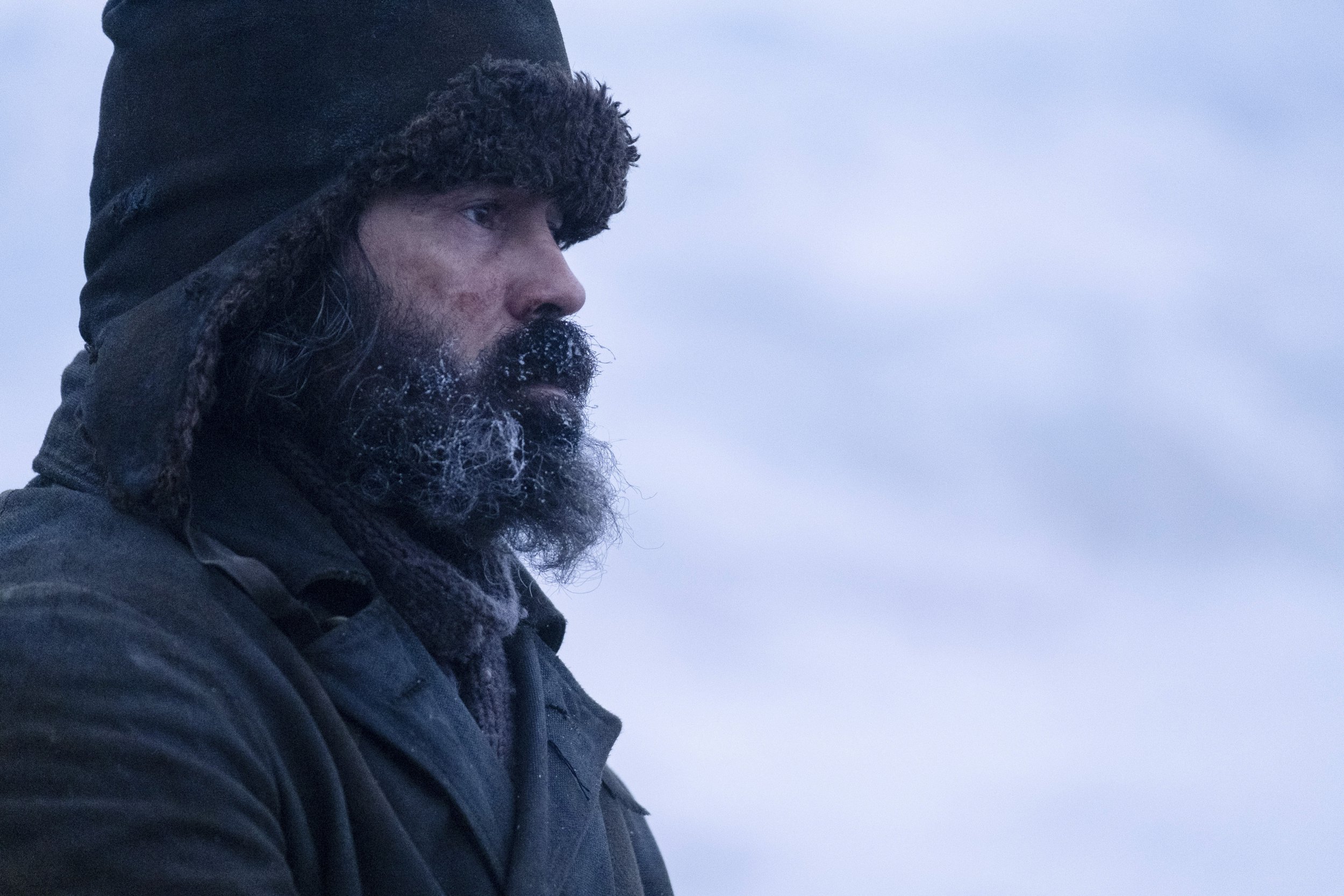 Colin Farrell ambles into a nondescript conference room just beside a Budapest sound stage, a man transformed both physically and spiritually.

His latest role called on him to eat and lift his way to the bulk of a Victorian man with a life of hard labour behind him (‘I wanted the belly and the muscle’) and, psychologically, he needed to plumb depths darker than ever before.

But the experience of playing Drax, a feral harpooner locking horns with Captain Brownlee (Stephen Graham) and surgeon Sumner (Jack O’Connell) on an 1850s whaling voyage to the Arctic was profound.

As impressive as the ship’s interiors and reimagined dockyards of Hull may be in the Hungarian capital, the Arctic exteriors of five-part BBC drama The North Water were shot at 81 degrees north – further north, it is believed, than any drama has filmed before.

‘It’s been tough but incredibly rewarding, as life’s difficulties can so often be,’ says Farrell, puffing out his cheeks. ‘The space, vastness, the beauty and the silence… it felt like such an honour to be up there.

‘I kept a video diary I sent to the kids, something I hadn’t planned but needed to do. We were telling a very ugly story in a very beautiful place and that contradiction was powerful.’

Most prominent among the ugliness is Drax himself, a character so lacking in redeeming features that Farrell had to think carefully before taking on the role.

‘There’s such a fundamental and existential darkness to this man although it’s not a darkness he lives in or is aware of or carries the weight of,’ he says.

‘I’ve never played a character with so little compunction or apology, or who does things this despicable, and I couldn’t step from that character. He was always with me because 24 hours a day, seven days a week, I was inhabiting this physical space that was very different for me.’

His immersion in character was also, in part, a creative decision. With cast and crew living on a boat in close quarters for over a month without internet or mobile reception, Farrell – one of the few to have his own cabin – resolved to steer clear of the bar that opened at night on the boat’s observation deck.

‘I don’t drink so I never went up there,’ he says. ‘I kept myself to myself more than I usually would, which is hard because I like people and hanging around, and don’t like being seen as thinking I’m too good for anyone.

‘It feels lonely hearing people having a laugh but it was fine. I’d like to think it’s as great a departure from myself as I’ve ever approached, it felt important to keep my own counsel and give myself the space to feel that loneliness. It was tricky, it was wonderful, it was extreme – an experience I never thought I’d have and my life feels the richer for it.’

The compensations for the discomfort were huge, given the astounding environment and the bond it created among cast and crew, but they also came with dangers that added to the sense of peril.

‘I got the sense death was only a misstep away,’ says Farrell. ‘We were shooting on moving ice floes and the ice would crack, a walrus visited us on set as we were shooting. We’d have four spotters, one on each corner with a rifle and binoculars. The 10 times or so they spotted a polar bear, a horn would blare and we’d have to get back on the boat until it had gone. The bears and their cubs were beautiful, majestic, but, y’know, keep them away from me…’

They were a reminder of the series’s theme: man’s inhumanity.

‘All those elements of human nature we see in The North Water are still alive today,’ he says. ‘We’re not as far from that world as our comforts would have us believe.’

The North Water starts on BBC2 at 9.30pm on Friday. The entire series will be available to stream on BBC iPlayer that day