Keilar says she’s having a hard time ”keeping it together“ 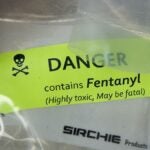 Butrum fought back tears as he spoke and Berman’s pain was clear on his face.

“I think there are a lot of people watching that who are having as hard a time as I honestly keeping it together,” Keilar said after the interview, audibly sniffling.

“It’s so hard to hear him say that. There’s nothing you can do for him. It’s what can you do for future families — maybe your own family,” she added.

An emotional Berman also took a few seconds to gather himself.

“It’s hard not to jump out of your skin when you hear a father like that who can’t be with his baby pleading for people to get vaccinated because it’s the only thing that’s going to keep this from happening to another family,” he said.

In Arkansas, where Butrum and his family are located, only 1 million people are fully vaccinated. The population is 3 million.

Watch above, via CNN.

Lawrence Yee contributed to this report