A fight broke out on the latest episode of Little Women: LA after Tonya Banks took it upon herself to tell Jasmine Sorge that Christy Gibel wouldn’t be going to her vow renewal ceremony and the literal splash it caused has been talked about ever since.

Now, Christy Gibel’s Star Wars role is causing some reality TV star wars with a growing debate over whether Tonya was wrong for what she did or not.

It turns out that Christy has a major scheduling conflict keeping her from attending Jasmine’s upcoming event and in not wanting to hurt her friend, she hesitated to break the bad news.

However, it’s not like Christy has something petty keeping her from her friend. She was cast in a super secret Star Wars TV project that she couldn’t even tell her husband Todd about and she’s already made it clear that she’s really excited to do it.

So when the ladies were all gathered for Jasmine’s Hen Party, Christy still hadn’t broke the news to her friend and Tonya decided she was taking way too long with her RSVP so she took it upon herself to fill Jasmine in.

Of course, that led to a confrontation between Christy and Jasmine and the unicorn-adorned reality stars argued because Jasmine seemed to think that her vow renewal ceremony was more important than literally anything. She just wouldn’t understand that Christy’s prior commitment was very important to her too.

Terra also put her two cents in, taking aim at Christy for wanting to play an extra in a TV show even if it is Star Wars over showing up for her friend. But this is something Christy is really excited about. 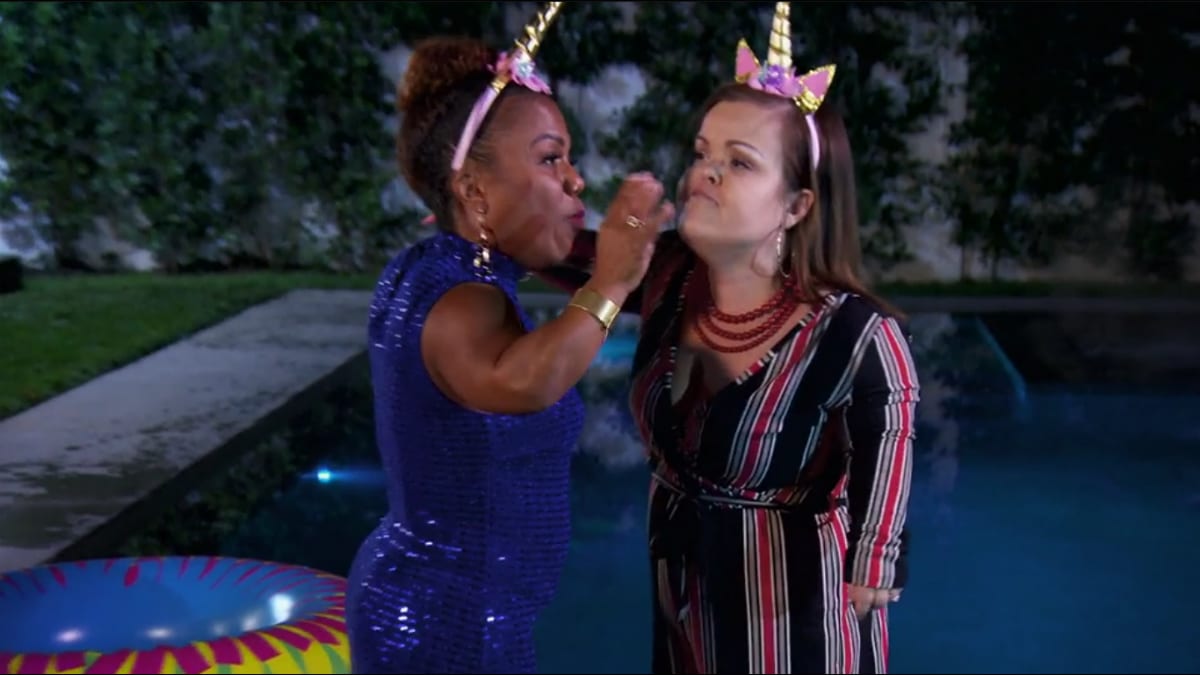 Angry about being put on blast, Christy and Tonya take it outside so they can continue to argue. Then, in the heat of the argument, Tonya gives Christy a big shove into the pool, where Christy looks like she was about to drown. 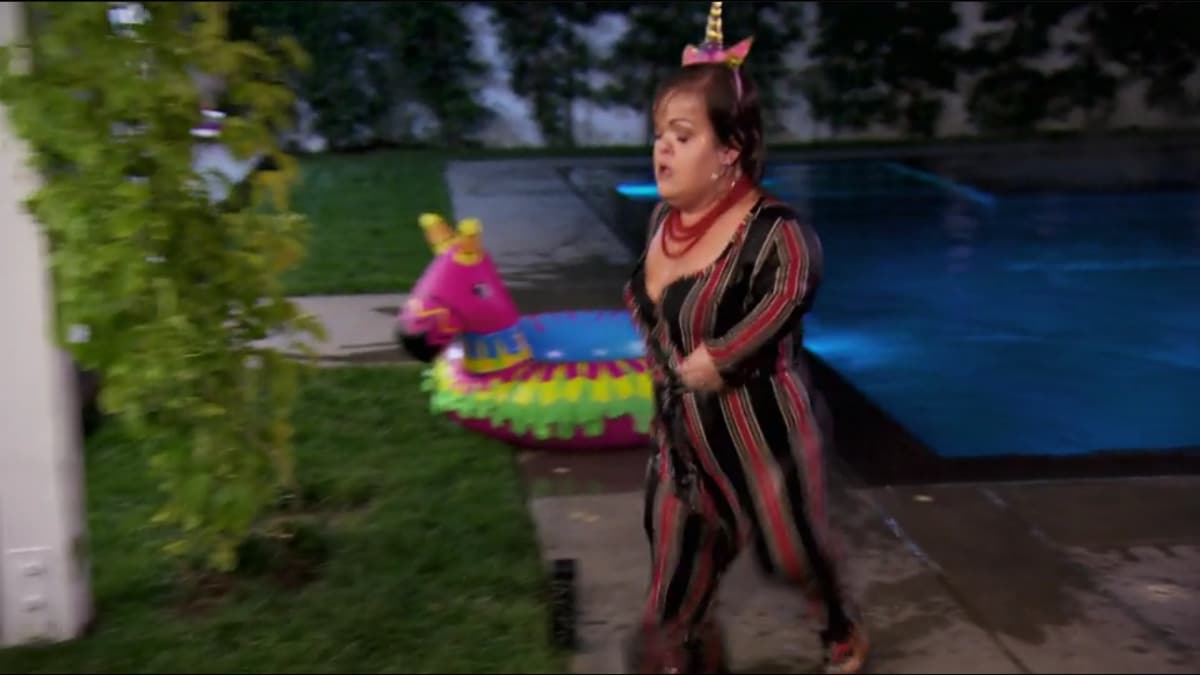 When Christy got out of the pool, she chased after Tonya, screaming, “I’m gonna f**k you up!”

After how many times Tonya has told Christy’s business and now this, with throwing her in the pool, it would be a miracle if Christy ever tells her anything again or if they can even be in the same room together.

Do you have something interesting to say about this? Start or join a discussion on our forum!