NBC’s Chicago Trio is back after the holiday break, heating up the new year as Chicago Fire wins both viewers and demo rating on Wednesday.

Both Chicago Med and The Amazing Race bested the latest episode of The Goldbergs and The Wonder Years on ABC, and the Season 2 premiere of Fox’s I Can See Your Voice. Returning for its sophomore season I Can See Your Voice (0.3, 2.18M) dipped significantly from its Season 1 premiere in September 2020 (1.1, 4.46M) and its December 2020 finale (0.8, 3.36M).

In the next hour, Chicago Fire (0.8, 6.98M) was the highest-rated and most-watched program of Wednesday primetime. Also up from the latest episode, Chicago Fire bested The Conners, Next Level Chef and Batwoman.

Thursday primetime will feature the premieres of ABC’s Women of The Movement and Let the World See, and Fox’s Joe Millionaire: For Richer or Poorer. CBS’ comedy slate returns for new episodes as does NBC’s The Blacklist, Law & Order: SVU and Law & Order: Organized Crime. 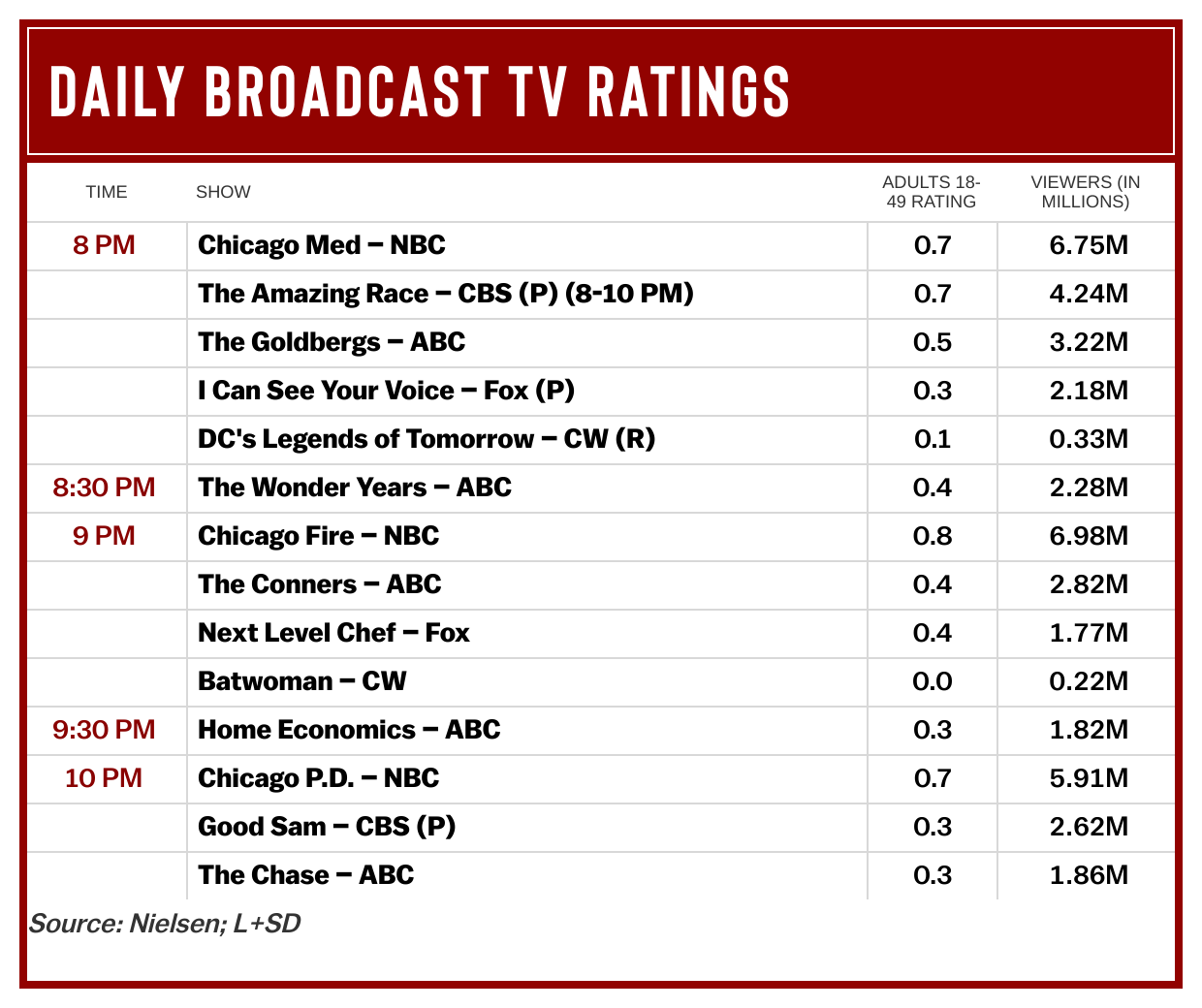 WarnerMedia & ViacomCBS Eye Sale Of Majority Stake In The CW; Nexstar Among Suitors