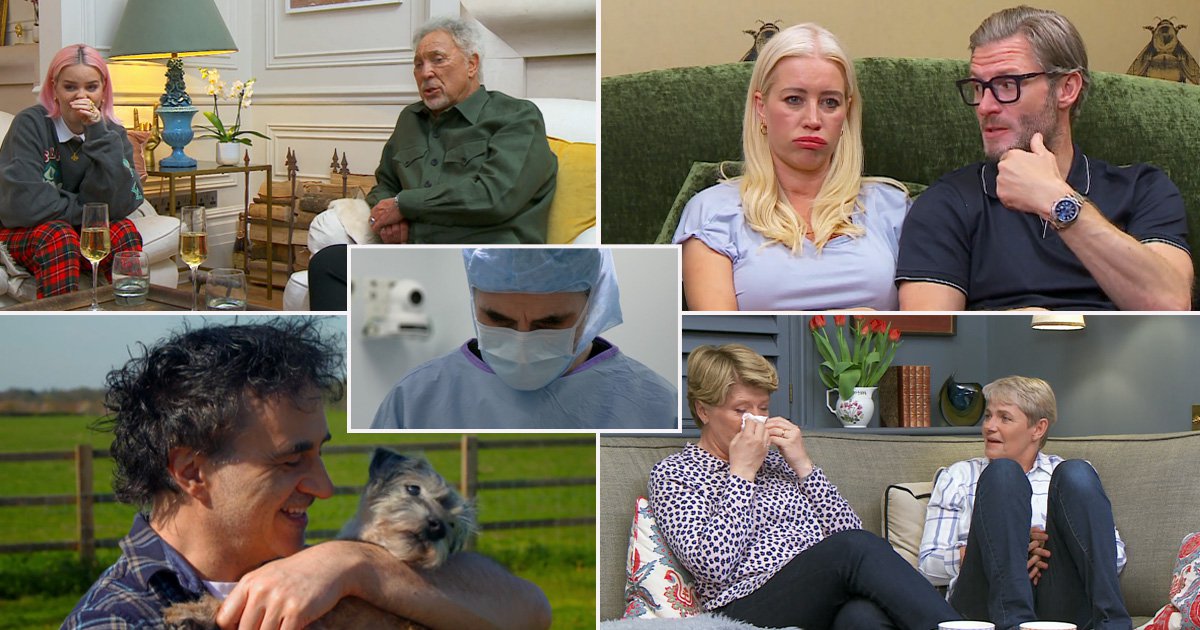 Celebrity Gogglebox has returned with a dollop of emotional oomph as the series’ famous viewers watched Supervet Neil Fitzpatrick operating on his own dog.

In a shocking turn of events, Noel’s 13-year-old pet pooch Keira was injured in the practice’s carpark, leading the vet to break down as the celebs watched on sympathetically, with Clare Balding on the verge of tears.

Corrie star Georgia Taylor noted Noel’s attachment to pup Keira, as she exclaimed: ‘He adores this dog, this dog is like his best friend!’

Denise Van Outen’s partner Eddie Boxshall was also visibly upset by the scenes, saying: ‘It breaks me, that’s why I can’t watch things like this.’

Singing legend Sir Tom Jones was more certain of a happy ending to the programme though, declaring to his viewing partner, fellow Voice UK coach Anne-Marie: ‘She’s bound to pull through – you can’t have a dog dying on the television.’

And we get where he’s coming from, as there are certain lines in television that should just never be crossed – and killing off the Supervet’s dog (under his own scalpel no less) is surely one of them.

As the team deliberated over who would perform the surgery, Sir Tom pointed out: ‘Well he better had, hadn’t he? He’s the b****y Supervet, isn’t he?’

Known animal-lover and sports broadcaster Clare was anxious to avoid footage of the operation, with her wife, Alice Arnold, trying (and failing) to help her avoid seeing the grisly details of the procedure, which involved a dislocated bone that had been wedged into the wrong position.

As Alice consoled her wife, saying it was okay to watch, Clare pointed out the issue she had was with the operation being real.

‘It’s not like when you say it to me [that it’s okay] when it’s Casualty or Call the Midwife.’

Anne-Marie was another squeamish watcher, declaring that it would be ‘unbelievable’ if Noel’s beloved dog was able to walk again, following the operation.

Well Anne-Marie, they don’t call Noel the Supervet for nothing, as Kiera was shown up and about on a walk with her owner later on, leading Lorraine Kelly to brand the pair ‘a miracle dog and a miracle vet’.

And Clare was still in tears, blowing her nose, despite Alice pointing out: ‘See I told you it wouldn’t have a sad ending ‘cos it’s Supervet, he’s Supervet!’

‘They do though sometimes,’ insisted Clare, ‘And it doesn’t always happen and end like that.’

Celebrity Gogglebox airs on Fridays at 9pm on Channel 4.