Loose Women returned for another edition of the lunchtime ITV programme today, with panellists Andrea McLean, Saira Khan, Linda Robson and Janet Street-Porter ready to discuss the hottest gossip of the day. Wednesday’s programme was meant to contain an interview with Tiger King star and Big Cat Rescue founder Carole Baskin, but host Andrea had to admit the star had failed to turn up for her pre-recorded interview – which was scheduled to take place yesterday afternoon.

Tiger King became an overnight hit when it dropped on Netflix back in March, with Carole instantly gaining a huge following.

And today, fans were supposed to gain some insight into the unlikely star amid her current Dancing With The Stars stint.

However, Carole was not present on the ITV programme today, with Andrea having to explain to viewers: ‘Things didn’t quite work out as planned.”

In a video-clip played from yesterday, Andrea was joined by co-stars Lisa and Denise Welch. 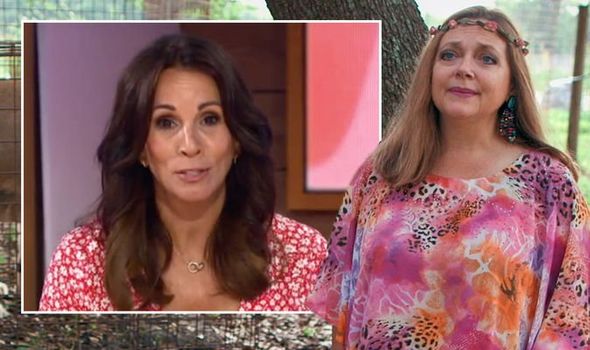 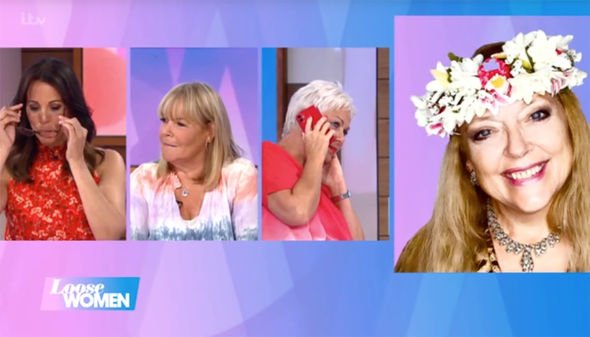 Andrea said: “We were supposed to be doing a pre-recorded interview from Carole Baskin… Denise, you’ve come from Cheshire!”

But the team were unable to get through to Carole so had to suspend the planned interview.

And Andrea gave a further update to viewers this afternoon, admitting the panellists had waited 45 minutes – but they later managed to track her down.

Carole had later got in touch via email to apologise for missing the slot, saying: “’I’m so sorry, I screwed up my ever-changing schedule. 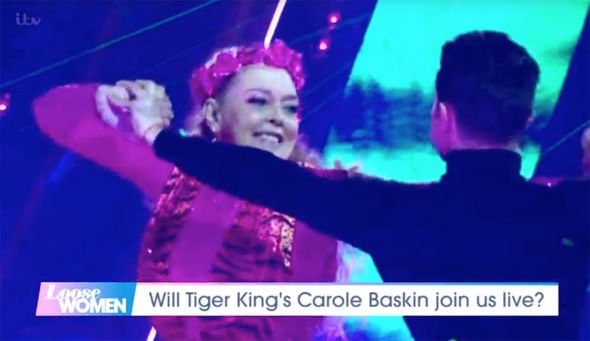 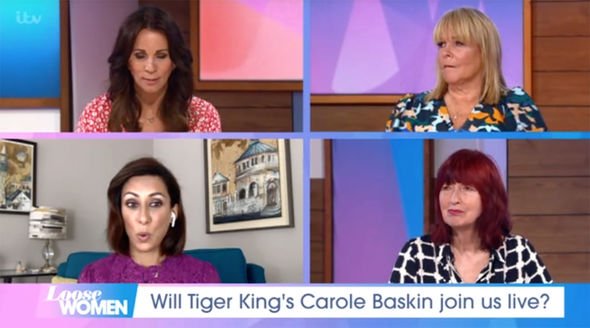 “’My phone is ringing off the hook with being supportive and wanting interviews’,” she added.

Andrea went on to explain how Carole labelled her current project on the dance contest as her “priority” for now.

She added Carole had said: “’I don’t know hour-to-hour where Dancing With The Stars are wanting me and that has to take priority’.”

The hosts tried to get in contact with Carole again live on the show, who had promised to take up the offer of an interview at any hour.

However, a member of the production team tried to get through to Carole and failed once again.

A defeated Andrea added: “Can we just reiterate what we said yesterday, the door is always open,

“Carole has promised to give us a UK exclusive interview,” she reiterated, before moving on with the show.

Fans of the show flocked to Twitter after the bizarre segment on today’s programme, unimpressed with the result.

Can’t see this Brexit poll? Click here to open in your browser

One shared: “Why hype it like they had an exclusive interview with Carole. With the s**tshow that was Ivana [Trump] and now this, doesn’t look good  #LooseWomen.”

Another commented: “#LooseWomen Are really desperate for Carole Baskin to be on the show, huh.”

“Me waiting for Carole Baskin to come on #LooseWomen only to be told she isn’t coming on,” added a third.

A fourth wrote: “Why did #LooseWomen make a big deal of the Carole Baskin interview that didn’t even happen? Struggling for content.”