BOOZY GRANDMA Claire Vickers, 46, and her pal Barry Douglas, 44, have spoken about how breaking their legs on a water slide has "changed their life" after they sneaked into the park at 2am while drunk.

Appearing on This Morning today, the pair suggested they were taking "legal action" as they blamed the Lido's lack of security when closed for their horror accident. 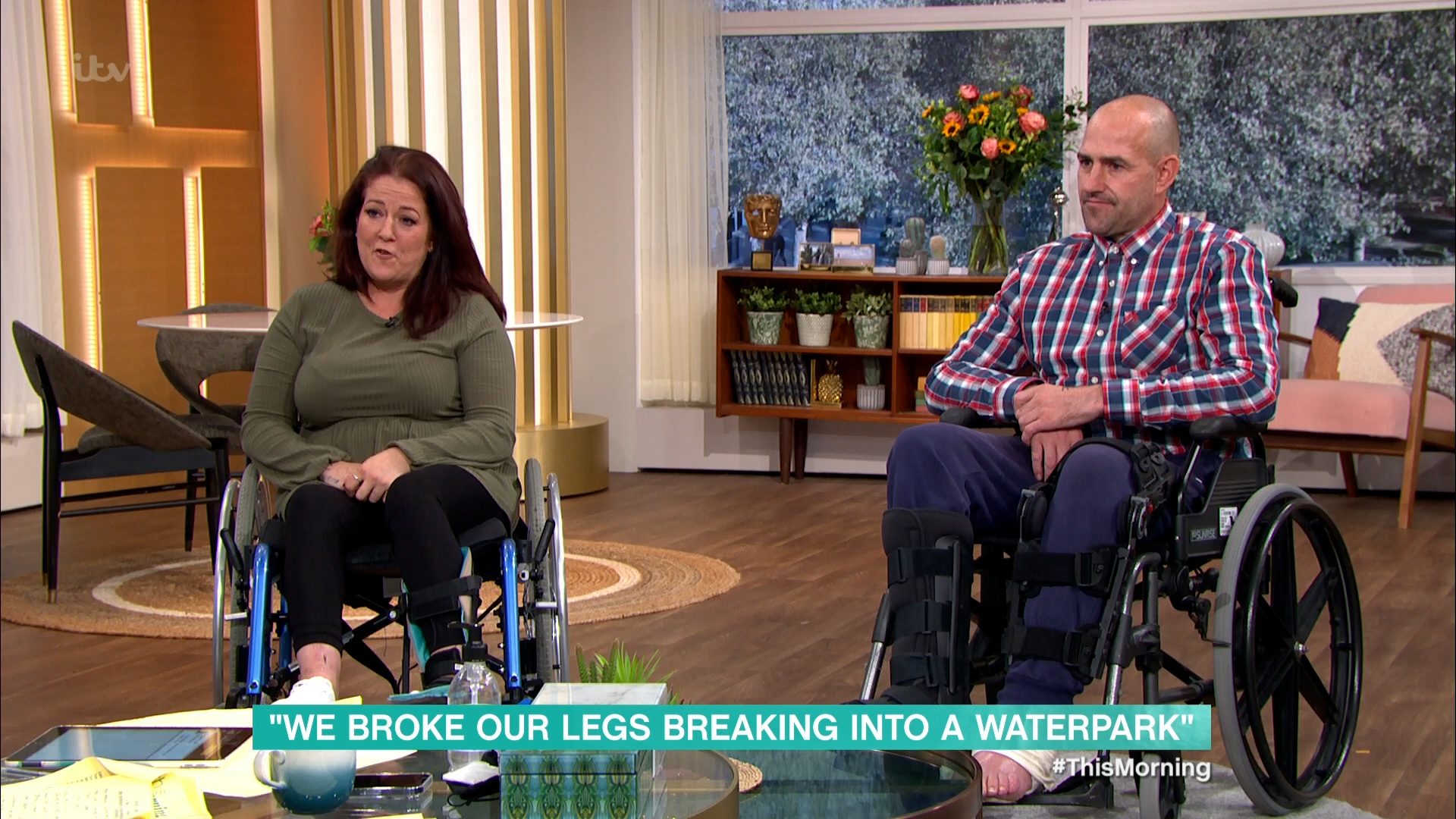 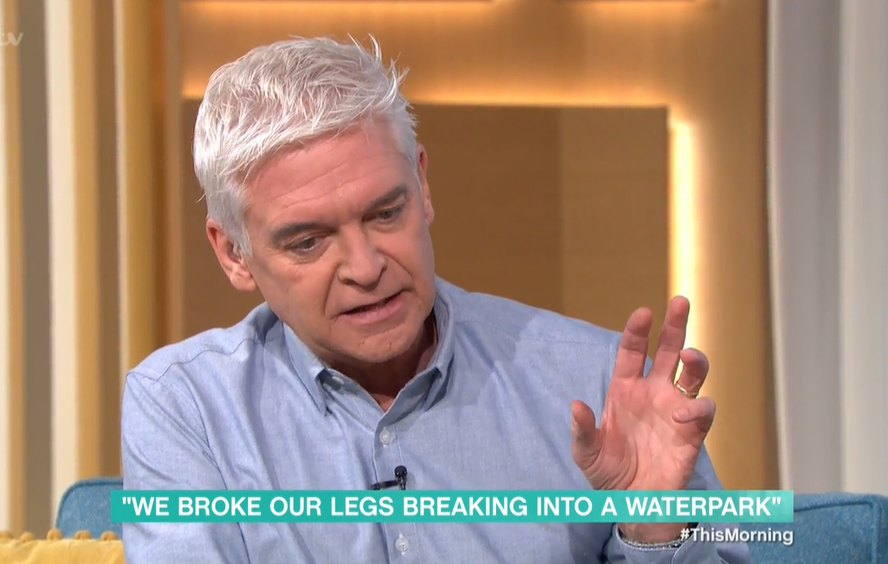 Claire said the entire ordeal was "like something out of a Saw movie", and they face a two-year recovery.

She had been drinking in a pub for four hours before she met Barry at his house for more drinks, they then crawled under the water park's fence at 2am when they went on the slide.

Claire admitted on the daytime show that this wasn't the first time she'd broken in, telling hosts Holly Willoughby and Phillip Schofield: "Everybody does it, I've been doing it since I was about 20.

"That night I didn't plan on going out to do this, it just happened – and it has happened before to other people, so I just think something should be done about."

Barry recalled that the chains weren't locked to get up the stairs, and the pair went down together – with he even opting to strip completely naked for the drunken adventure.

Much to the pair's horror, there was a steel barrier across the bottom of the slide, which they hit feet-first.

The bone came out of Claire's shin, and she shattered "every single bone" in one of her feet. Hauntingly, Claire had considered going down the slide "head first", in which case she'd have been highly unlikely to survive.

Barry passed out, and she feared he was dead, and Claire was screaming for help inside the tunnel for three and a half hours.

Reflecting on how it affected his life, Barry said he'd been left unable to work and he is running out of money, he has had to move house, and suffers from depression.

Claire added that she was "lucky" to wake up with her foot after several operations, going on: "It has changed my life completely. I was an active gran, I can't take her out for walks – she's only three, so she just keeps going: 'Nanny, can you get up and walk yet?'"

Barry said: "They should have security there. The fence should be secured, legal action has been taken."

But Phil confronted them both, arguing: "It's tricky as you shouldn't have been there in the first place – you haven't been prosecuted, which you're lucky about…"

Claire hit back: "Everybody makes a mistake, everybody has got drunk at some point in their life and made a silly choice and that's what this was."

But viewers at home appeared to side with Phil, with one tweeting: "Is this a joke!!! They really trying to make out it not their fault…. Because its too easy to break in & they're was steel barriers."

Another added: "Minimal sympathy for this pair on #ThisMorning. You broke in to a closed water park and let yourself in to an attraction. You did that. Now you’re saying that the park should have locked the slides? They locked the gates and you broke in. Ridiculous." 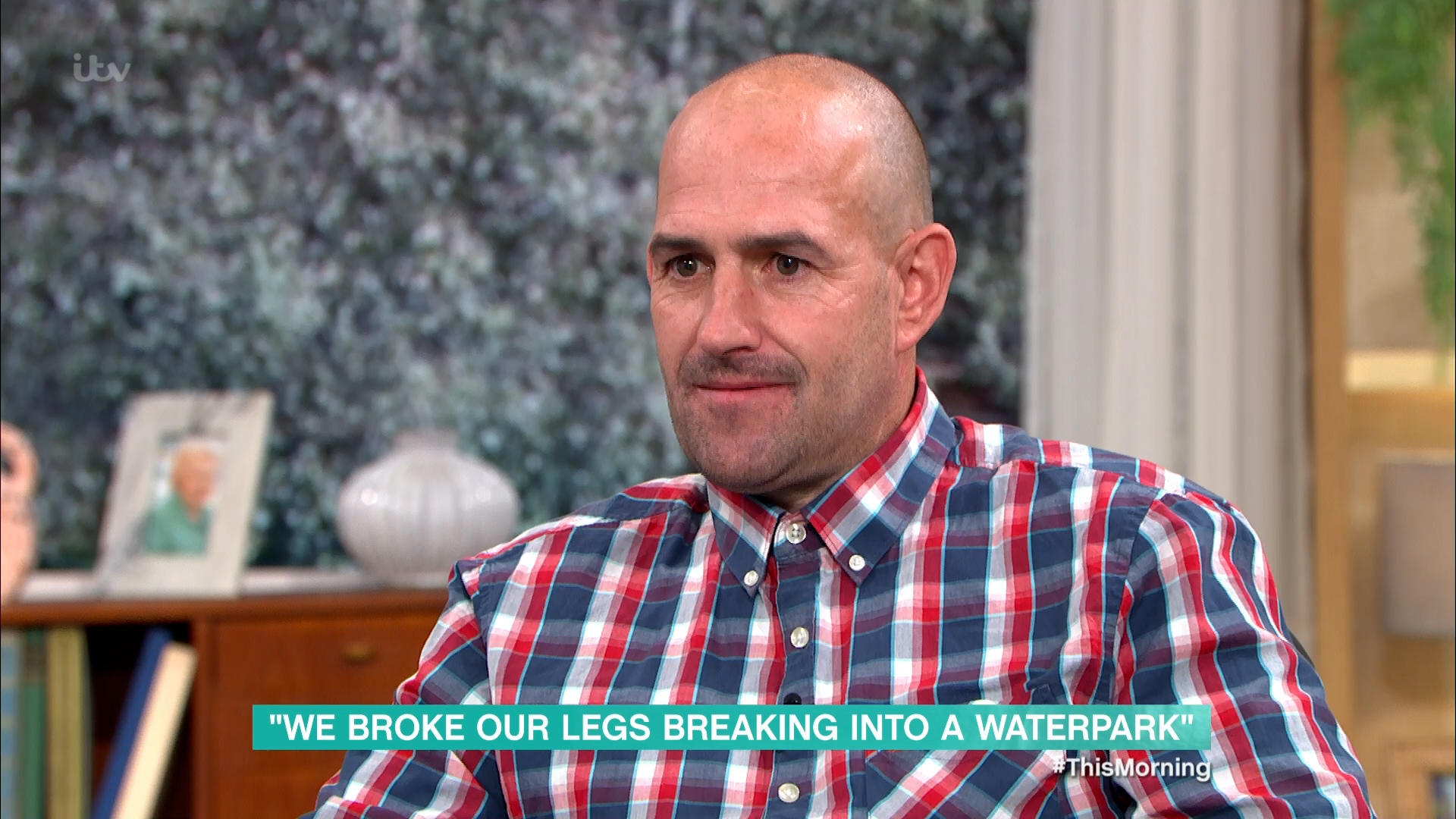 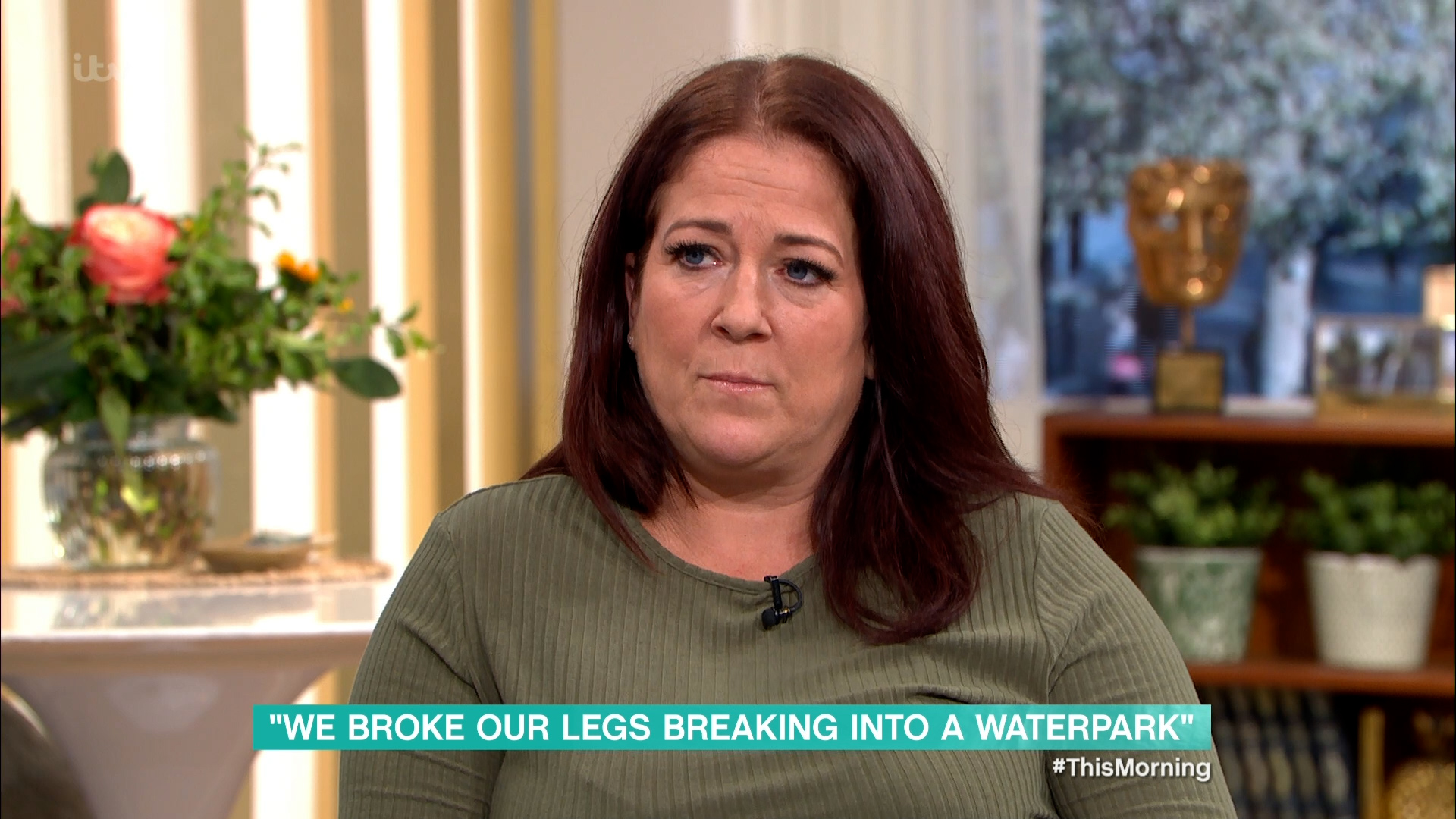