HE was Coronation Street’s hopelessly unlucky-in-love supermarket manager with a passion for astronomy.

But according to the man who brought him to life, numpty Norman “Curly” Watts’s car-crash romantic history was doing most blokes a favour. 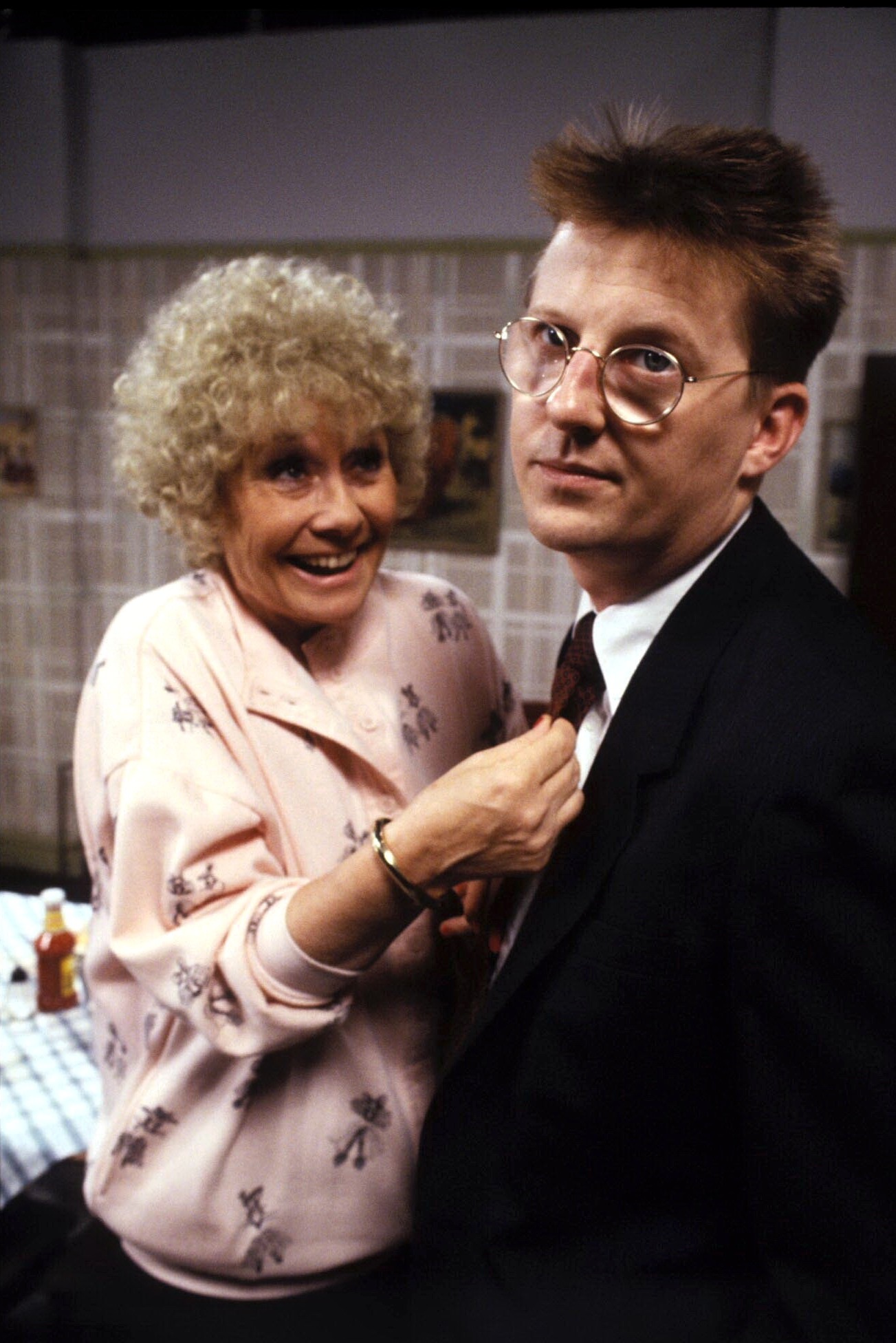 Actor Kevin Kennedy says: “My job playing Curly in the Eighties and Nineties was to make the male population feel better about themselves.

“They could say, ‘OK, this has happened to me, that’s happened, but at least I’m not him’.”

It is Corrie Week in The Sun as the show prepares to celebrate its 60th birthday next month and, of all its characters down the years, Curly is surely one of the most loved.

Kevin, 59, first set foot on the cobbles in 1983 and, although he had grown up in a family of Corrie fans in Wythenshawe, Manchester, he was soon to realise what a big deal it was to appear in the soap. 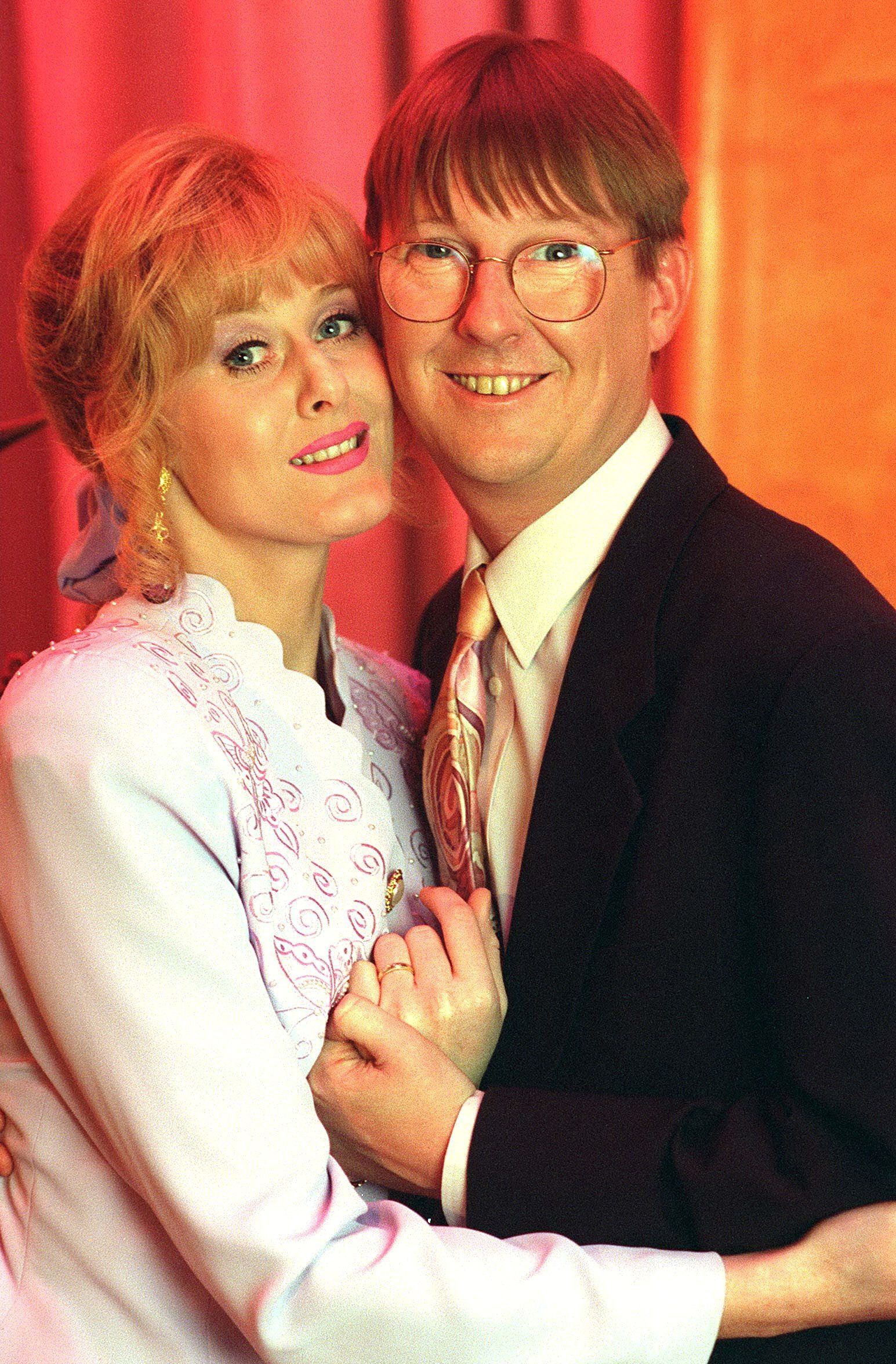 The dad of three says: “I did my first two episodes then had a week off and went to sign on in between.

“The lady at the dole office asked if I’d had any work and if anything was coming up. I said, ‘Yes, actually I’m working on Coronation Street next week’. There was silence and she asked again.

“Then she became extremely animated and shouted to the other staff, ‘Hey, this guy’s signing on and he’s on Coronation Street’. My claim was through within days. It was the first time that I saw the power of those words Coronation Street.

“Years later, when my daughter Katie was little, she thought I knew everybody in the world because wherever we went people would stop and say hello.” 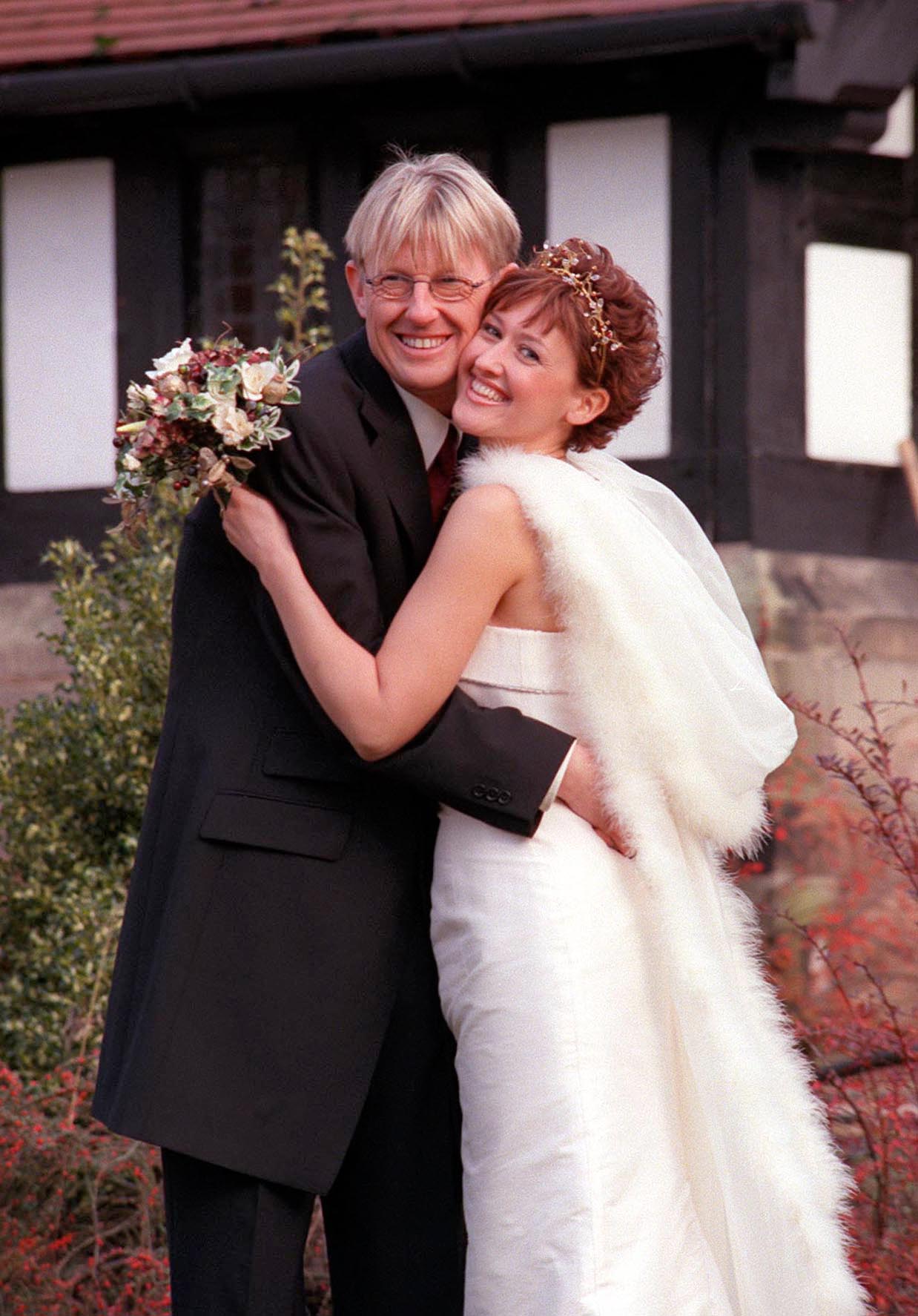 Curly started his Corrie life as a binman, and Kevin got to know many of the Street’s icons. He says: “This was a whole cast of famous people, so a bit daunting at first.

“I had the same agent as Pat Phoenix, who played Elsie Tanner, so my agent said, ‘Look, Pat is there. She’ll look after you’. And she did.

“One of her pearls of wisdom was, ‘Whatever you do, don’t get caught’.

“She was something else, you don’t see the like of her any more. When she walked into a room, people stopped. But she never lost that common touch. I remember going round to her house once and we had champagne and fish and chips.” 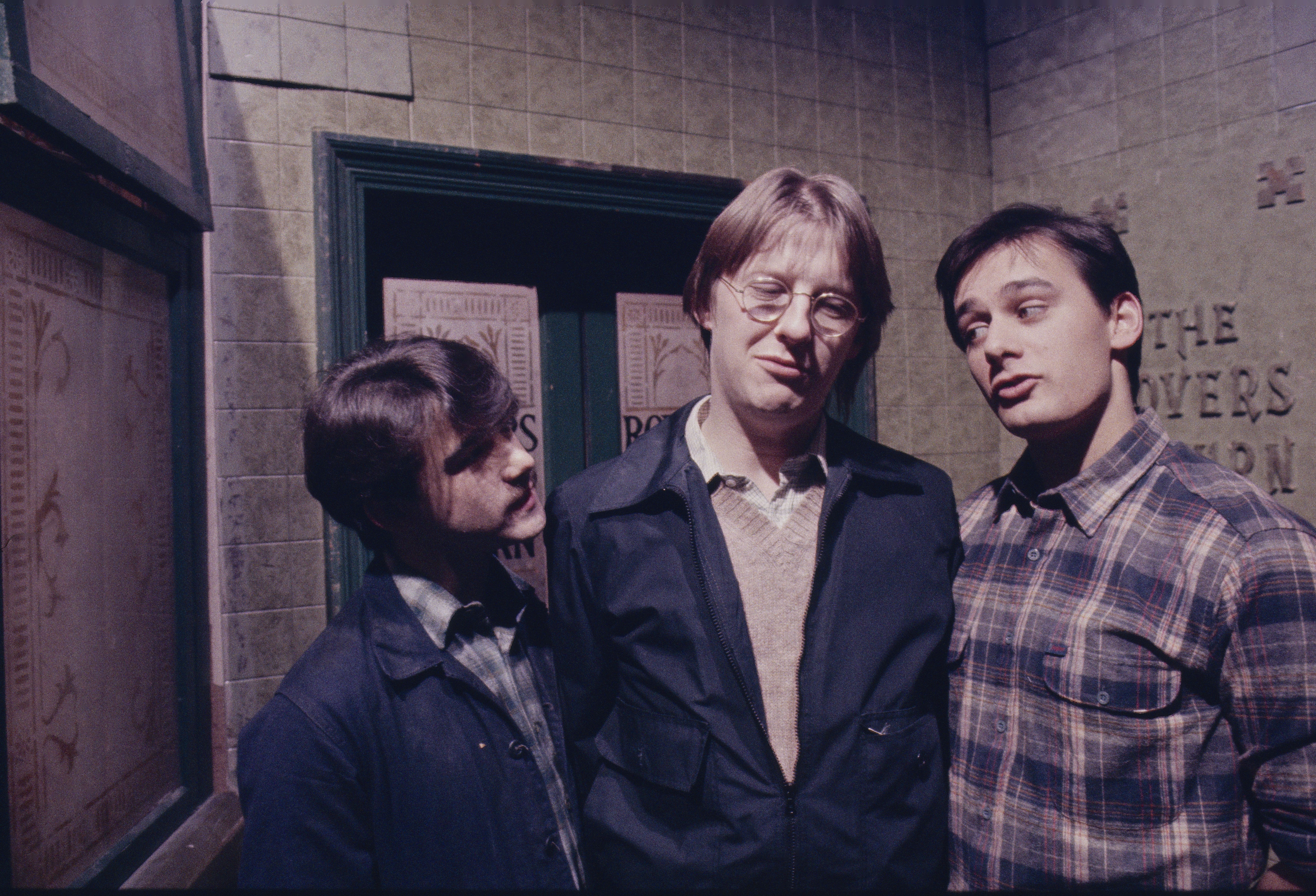 For a while, Curly lodged with the Street’s resident comedy couple, Jack and Vera Duckworth, played by Bill Tarmey and Liz Dawn, which was a laugh a minute for Kevin.

He says: “They were geniuses. They could make the phone book funny. They didn’t realise how good they were. Everything was done at a thousand miles an hour and at a million decibels. They never really knew the script but their powers of improvisation were second to none.

“God forbid if you paused for dramatic effect because Liz or Bill would come steaming straight in.”

There were hilarious off-screen moments too, like when Kevin and Bill were dropped by helicopter on the Isle of Man for a golf tournament.

Kevin says: “The weather was bad so instead of dropping us at the hotel, we had to be dropped at a cliffside. We started to walk to the hotel in the rain and came across a car with the windows steamed up, rocking gently.

“Bill said, ‘I know, we’ll ask for a lift’. He knocked on the window and a guy wound it down, as a voice inside yelled, ‘Who is it?’ The man said, ‘You’re not going to believe this, it’s Jack Duckworth and Curly Watts!’

“‘You lying b*d’, came the response from inside before a woman appeared, half-naked, at the window.

“They did give us a lift, though.” 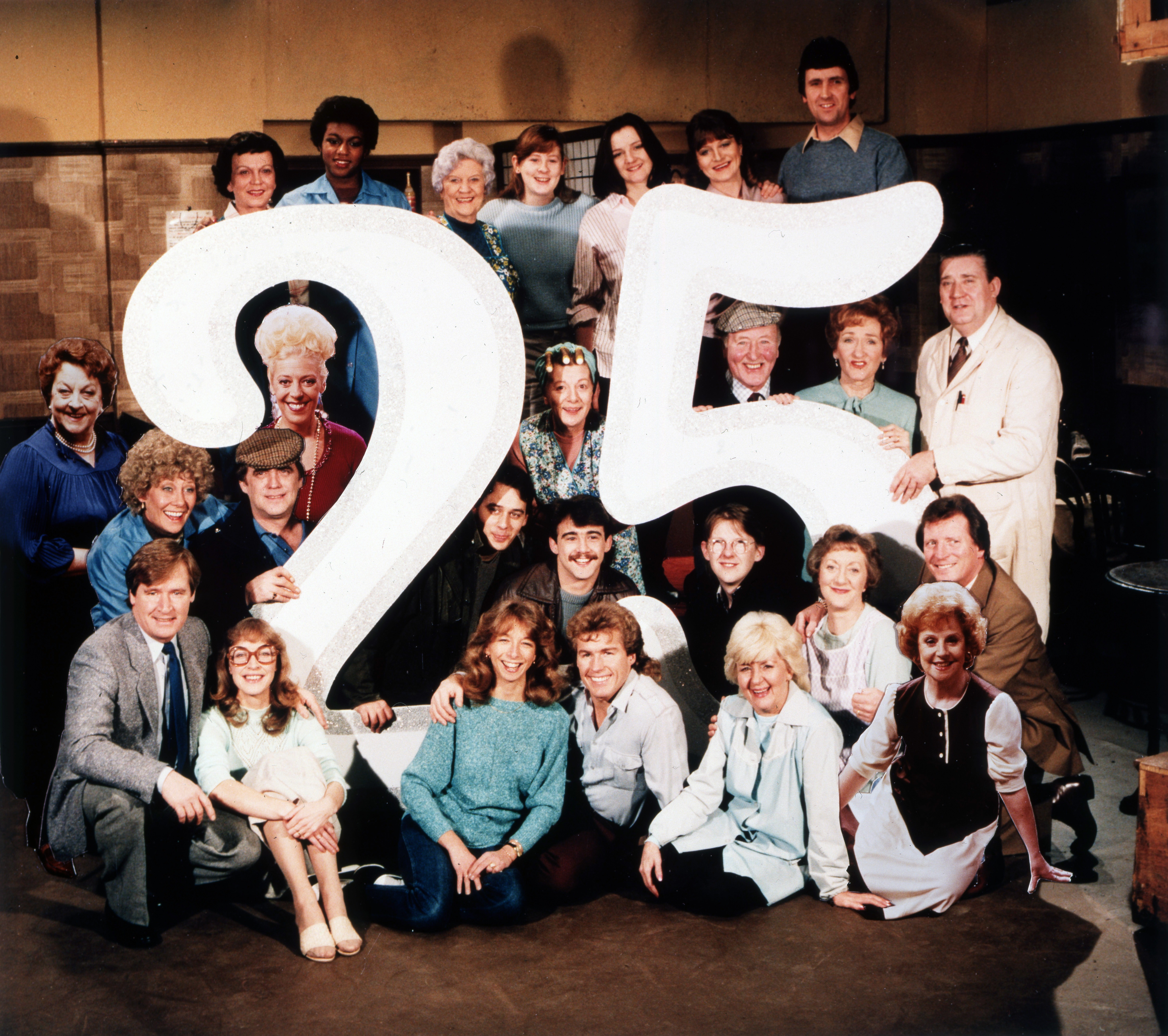 Curly is best remembered for his doomed relationship with Bettabuys colleague Raquel Wolstenhulme, played by Sarah Lancashire, who could not make up her mind between stable Curly and ladies’ man Des Barnes (Philip Middlemiss). After she and Curly married in December 1995, she left him within a year.

She turned up unexpectedly on New Year’s Eve 1999 with a daughter Curly knew nothing about and to ask for a divorce. This episode was the first two-hander in the soap’s history.

Kevin, a fervent Manchester City fan, says: “Middle-aged ladies were united in the fact Raquel’s choice of men was not the best — and equally delighted when she decided to throw in her lot with Curly, though they knew it was going to end in tears. 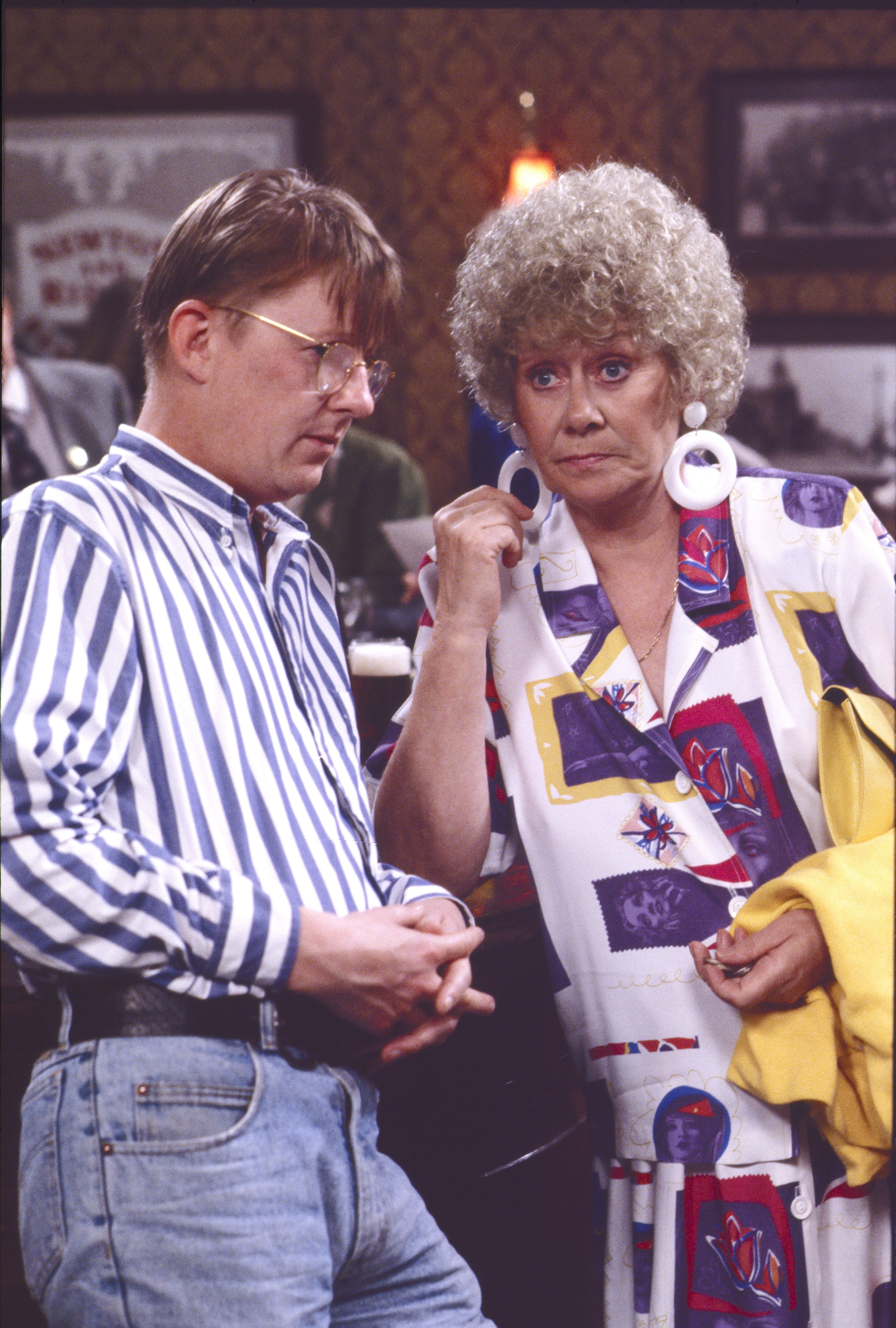 “If your bride is crying in the toilet on your wedding day, it isn’t going to end well. It’s testament to the writers that they could make a story like that so addictive over such a long period.

“That storyline has been replayed on ITV Hub recently and I’ve had people in the street and on social media saying how heart-wrenching and brilliantly it was done.”

It didn’t help his love live off set, though. Kevin, who lives in Brighton with wife Clare and daughters Katie, 16, and Grace, 14, and has son Ryan, 29, by a previous relationship recalls: “Nigel Pivaro (Terry Duckworth) and Michael Le Vell (Kevin Webster) were the heart-throbs.

“My luck with women was pretty dire. My sort of fan base was old ladies and children — and ladies with some sort of sight impediment.” 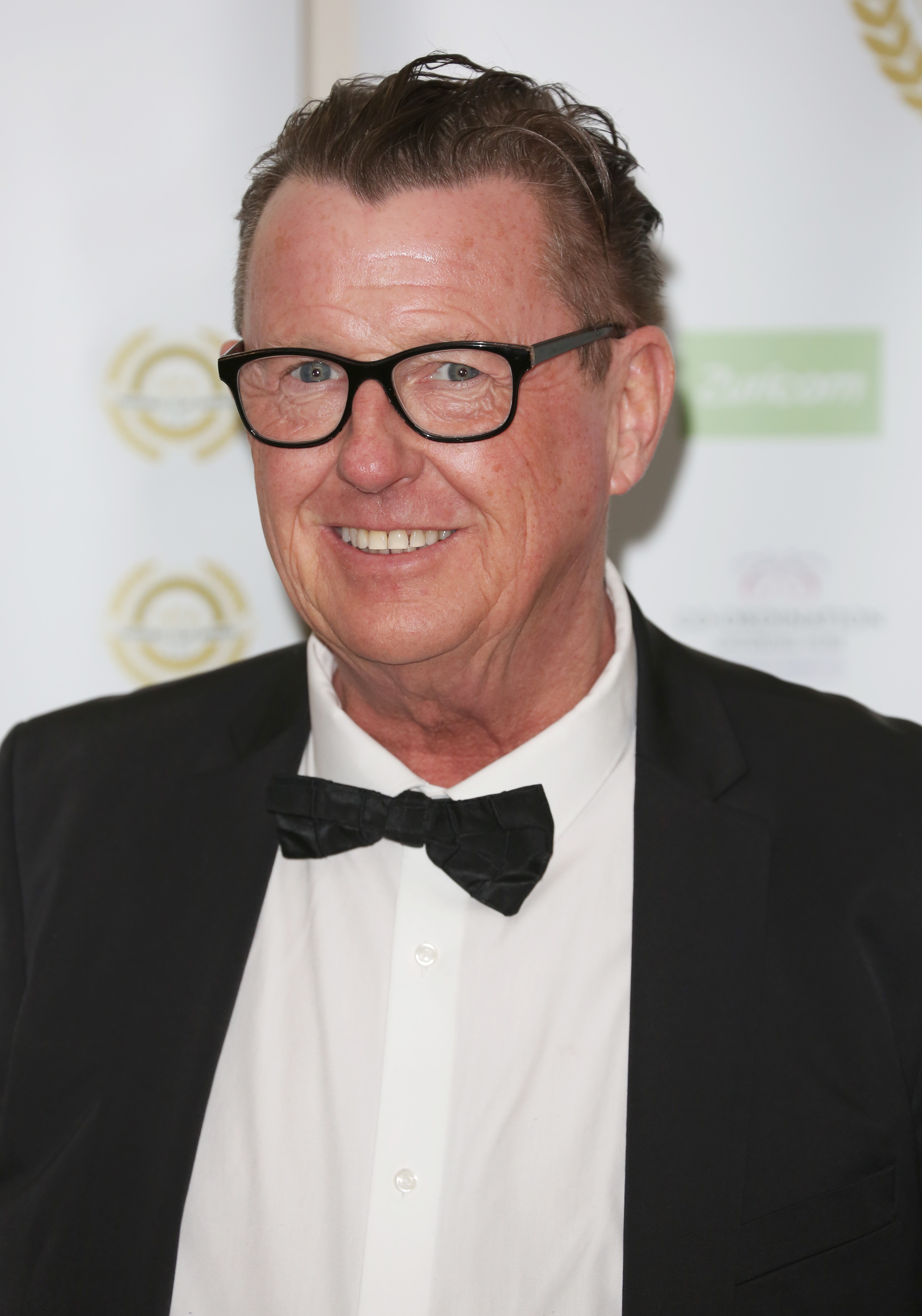 Kevin’s Corrie career came to an abrupt pause in 1998 when bosses packed him off to The Priory for alcohol addiction.

He had once threatened to throw himself out of a moving car to get to an off-licence, and previously admitted he hoped he would die in his sleep. He says: “I was a functioning alcoholic, it was hidden.

“There wasn’t a time where I didn’t think I could do my job, or get away with it, until towards the end, when I kind of threw in the towel. I realised I was at rock bottom when I couldn’t do the job I loved.”

He has been sober ever since — and six months after rehab, he returned to Corrie.

He says: “Coronation Street did something which, at that point, was pretty much unheard of. They decided to rehabilitate their employee. They saved my life — no doubt.”

Back on the set, he cleared out 30 to 40 empty vodka bottles from his dressing room and was welcomed back with open arms.

He says: “It’s an old adage but it’s true, Coronation Street is a family.

“Julie Goodyear (Bet Lynch) used to say you kick one and we all limp. It was straight back in and crack on. Some of the best stuff I did was when I got back.” 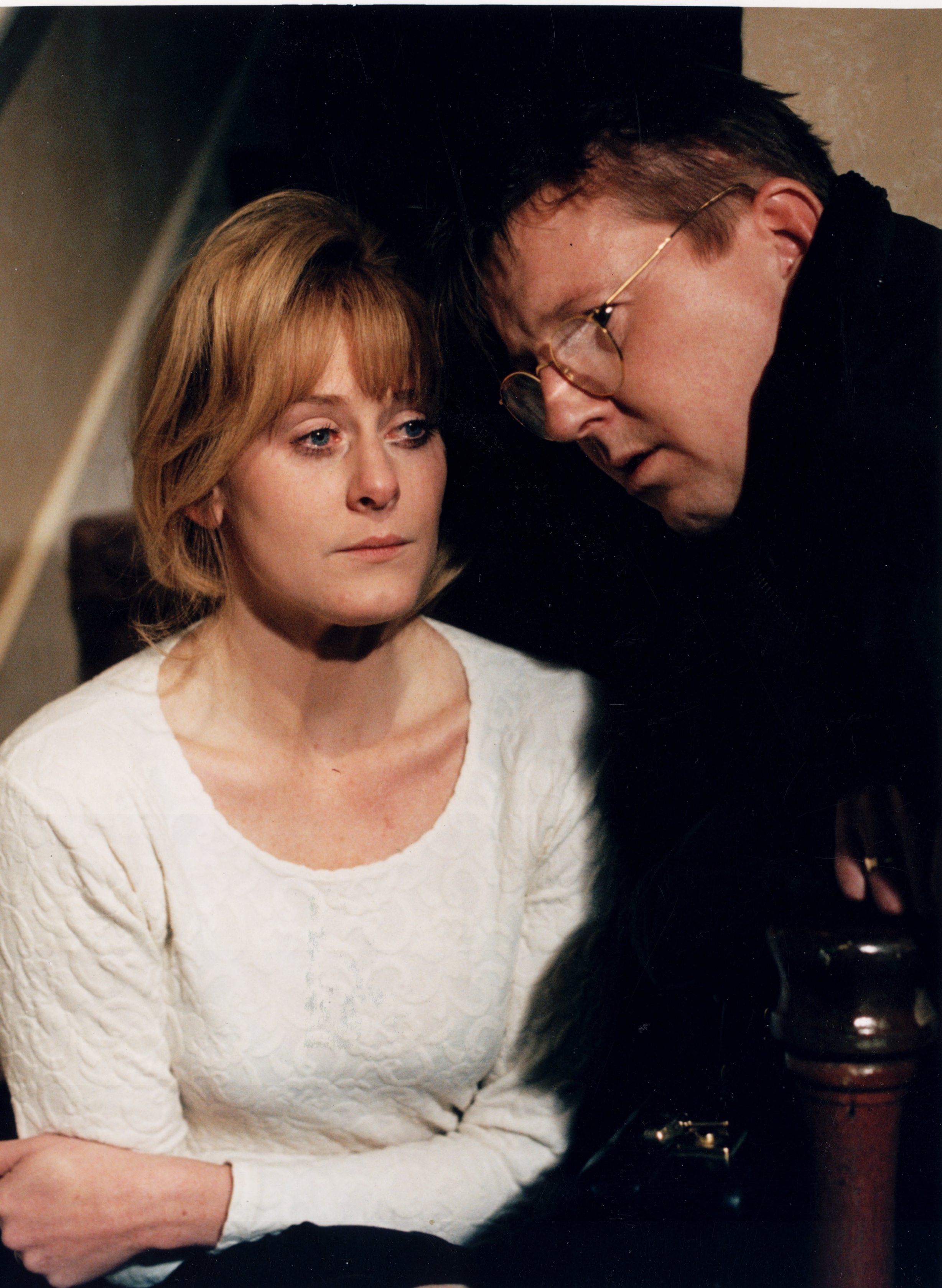 Kevin and Clare run a charity to help people recover from addiction. He says: “I recently met some old school friends I hadn’t seen for 40 years and they said, ‘Kevin, it was nailed on that was going to happen to you’.

“I had an addictive nature. No matter what I did, I’d have ended up an addict. Fame and fortune just speeded up the process.”

Kevin is also a talented singer and guitarist. As a teenager he was in the band The Paris Valentinos with guitarist Johnny Marr and bassist Andy Rourke, who later formed The Smiths with frontman Morrissey.

While on Corrie, he formed his own band Bunch Of Thieves, which signed to Simon Cowell’s BMG label and released single Bulldog Nation in 2000, before he later had gold-selling solo album Present Kennedy. 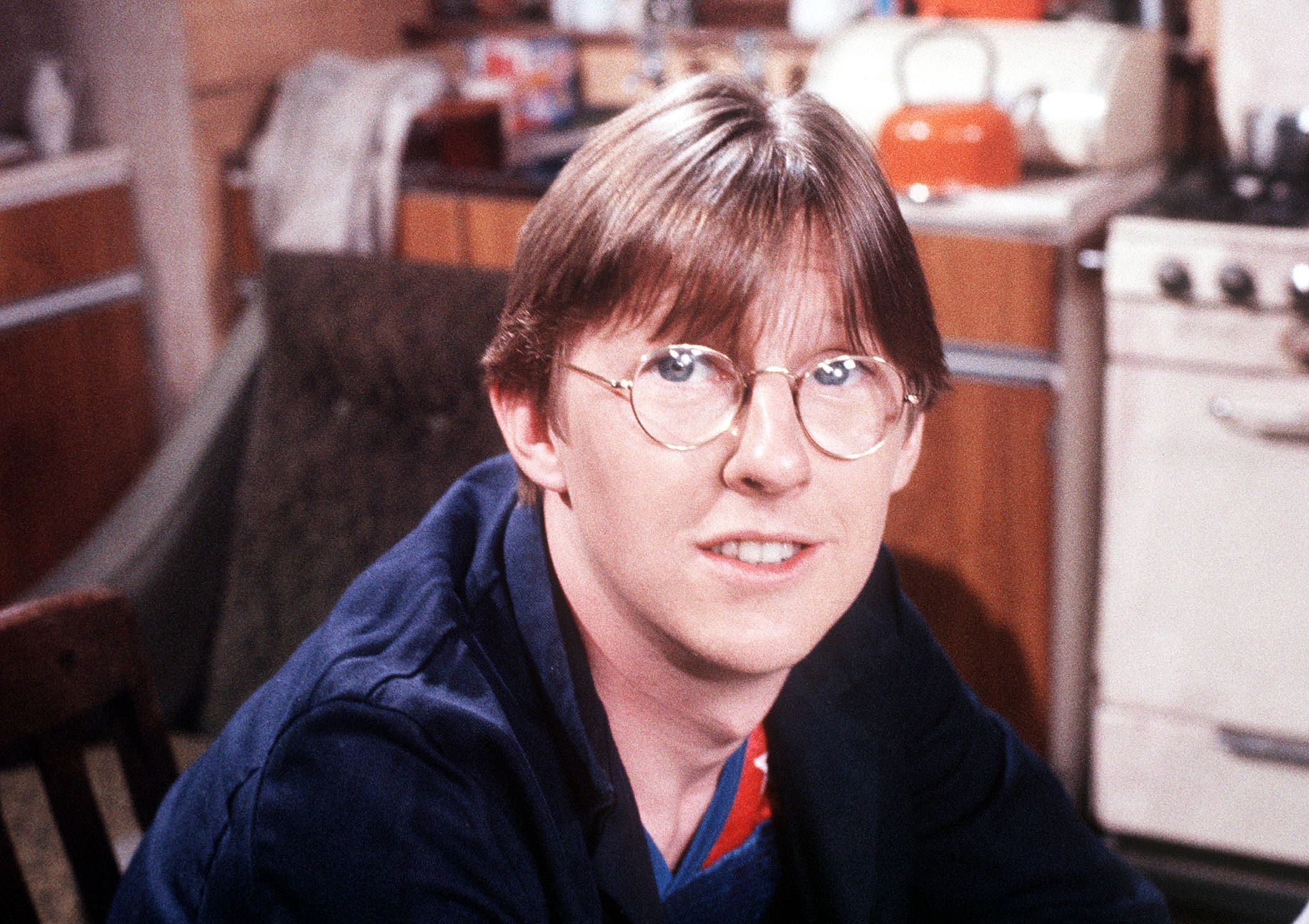 Since leaving the Street in 2003 he has starred in musicals including Chitty Chitty Bang Bang and Rock Of Ages.

Lockdown recently halted rehearsals for a show on a cruise ship.

He fancies another turn on Corrie. Kevin says: “I’d like to go back. I’ve got other things I’d like to do, too.

“I still can’t get enough of theatre, my first love. I’d also like to push our charity forward, too.

“The pandemic has been horrific, people are scared and self-medicating, so we’ve had more calls and desperately need more funding.”

But he says: “I’d love to add to Curly’s story, to fill in the gap of where he has been for the past 17 years — that would be an interesting story, for me and for the viewers.”