Many filmmakers try to find new ways to tell a story, but few get the chance offered by “Black Mirror: Bandersnatch.” Late last year, this installment of the Netflix anthology presented viewers a chance to control the narrative about a mid-1980s computer programmer hitting the limits of reality while working on an innovative new game.

“I remember at the very beginning trying to sell Charlie [Brooker] on a version with no text at all,” Slade said at a Q&A after a screening at a Netflix FYSee screening in Hollywood May 31. “The ‘David Lynch’ version, where you’ll get to a point in the narrative and see a series of images and if you click during one of those images, it’ll take you somewhere else.”

Those caption screens were just one element that had to be built from the ground up. While most screenplays opt for Final Draft, the ever-evolving “Bandersnatch” script was written on Twine, an open-source tool designed for interactive, nonlinear stories. It became one of the most challenging parts of keeping everyone (literally) on the same page.

“We had a metatext document that could work on an iPad. It would take about four and a half hours to read it, so he basically had to code his own script,” Slade said.

For Netflix director of product innovation Carla Engelbrecht and her team, they wanted to ensure that giving the audience the power to make decisions for Stefan (Fionn Whitehead) didn’t interrupt the flow of the story.

“We did a lot of work to hide the seam, from an audio and visual standpoint,” Engelbrecht said. “If you think about when you blink, it smooths out the motion of things. We similarly needed to create something so when that transition happens, it’s as seamless as it can be. We did work with the team around the point-of-view shifts and the audio to help make those feel as seamless as it possibly could.”

Sometimes the limitations of technology worked in their favor. “There were a few constraints that the engineering team put upon us,” said “Bandersnatch” producer Russell McLean. “One was that we needed to have a three-second buffer after the choice. Actually, that three-second buffer became a great tool for hiding the transition, so you don’t know where the join is.” 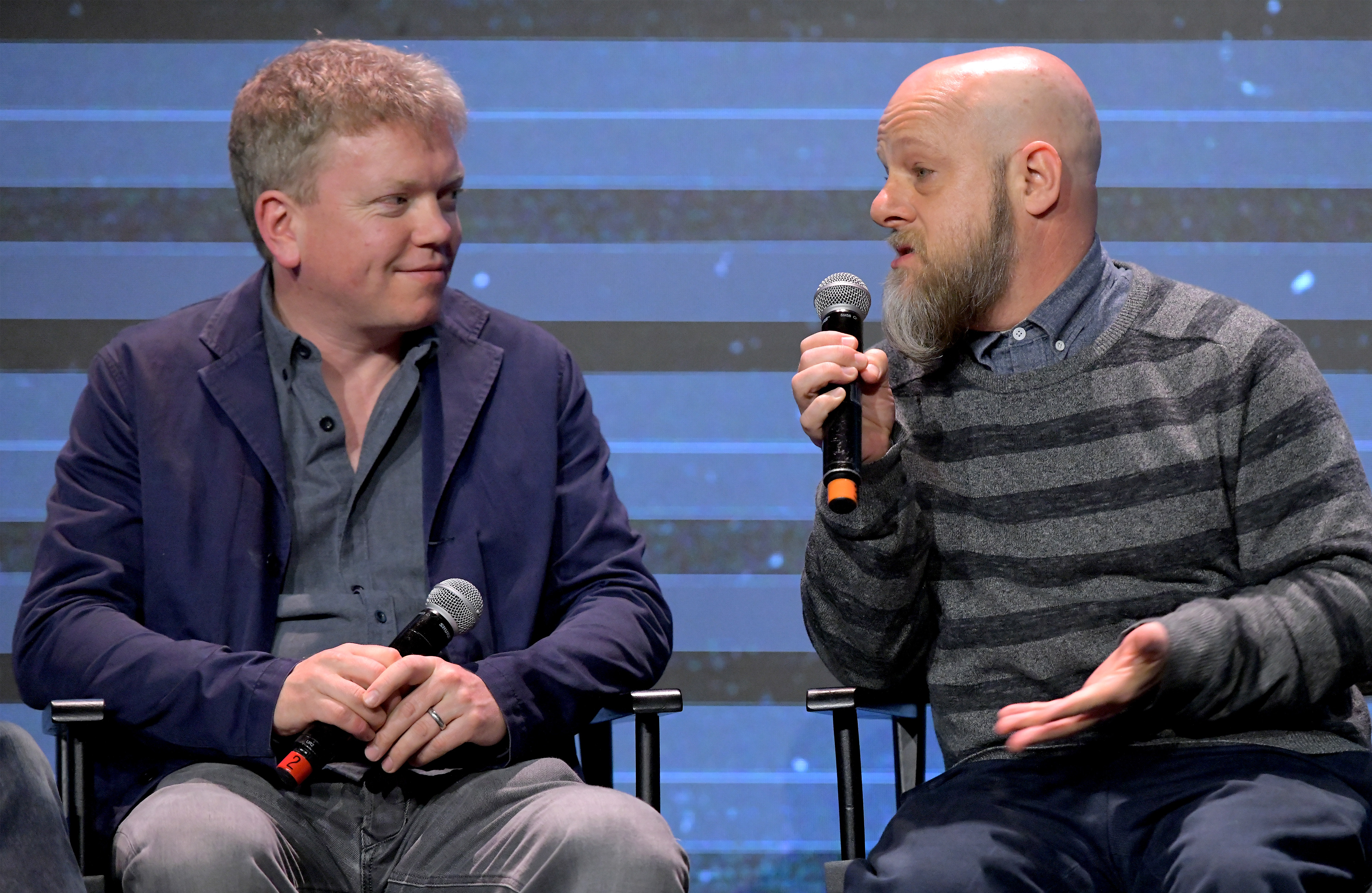 A pivotal “Bandersnatch” sequence involves a drug trip on a balcony that forces the audience to choose between one of two characters dying. It’s a jarring moment, but the story’s internecine complexities initially created a problem for anyone who picked Colin (Will Poulter) to throw himself down to the street below.

“We internally had multiple people playing it, and we would get emails saying, ‘Colin is alive.’ We’re like, ‘Where?? Where is he alive again!’ We were constantly trying to figure it out,” Engelbrecht said.

The preceding scene has its own surprising LSD-influenced visuals, including Colin taking off his glasses to reveal bulging, droopy eyeballs. The final product was more subtle than Slade initially hoped for.

“The eyes were a conversation that really went on for a long time,” Slade said. “The first pass for me, of course, was, ‘I want his whole face to melt off! We haven’t done that since “Raiders of the Lost Ark!”‘ Charlie wanted it to be a happy trip. But I eventually managed to convince him to do the eyes.”

The technology is already being used for other Netflix endeavors. Aside from the recently released Bear Grylls survival series “You vs. Wild,” Netflix is about to start production on a one-off interactive “Unbreakable Kimmy Schmidt” special for 2020.

“We showed Tina Fey and Robert Carlock an early prototype of ‘Bandersnatch,’” said Netflix director of original series Andy Weil. “They were so impressed and said, ‘We’d love to try our hand at it.’ So they wrote a script and we start production very soon.”

“Bandersnatch” already has a gargantuan number of possible combinations, depositing viewers along various pathways to five endings. For now, that’s the end of its story possibilities. “There are no plans,” Weil said. “But, in ‘Black Mirror’ world, never say never.”