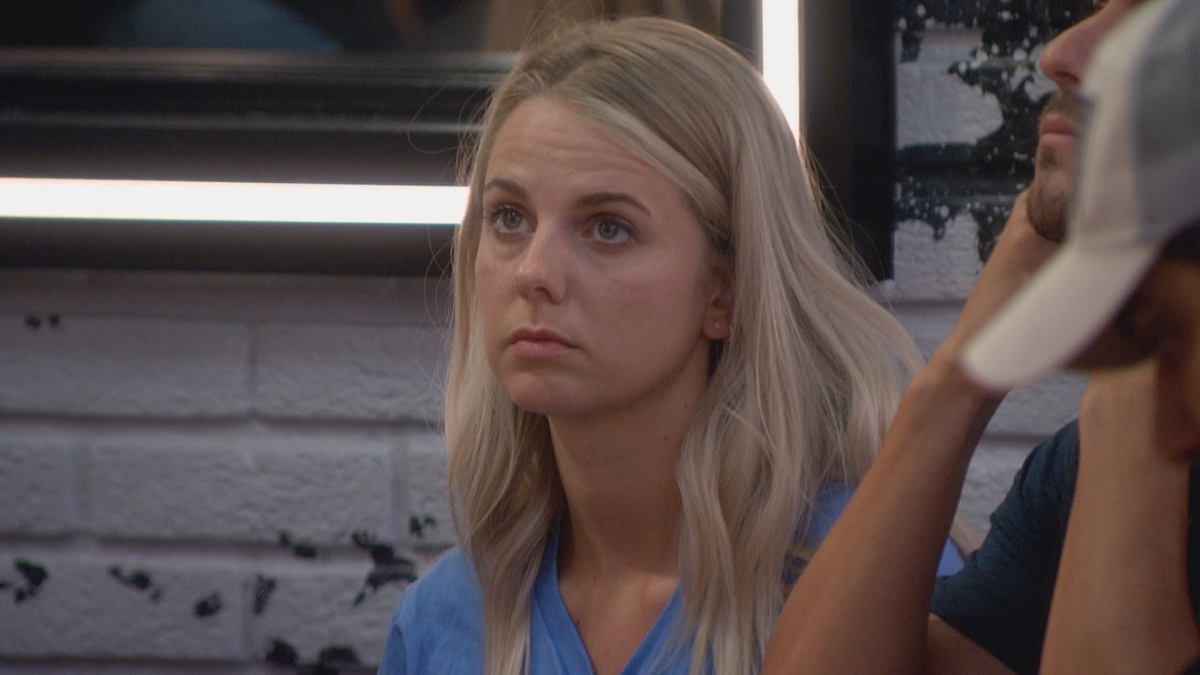 Big Brother 22 has become the Janelle Pierzina show thanks to Nicole Franzel. On the live feeds, it seems like the only topic of conversation that interests Nicole is the four-time vet who doesn’t pay attention to her.

Even though Nicole won her second season of the show over Paul Abrahamian — maybe only because the jury really wanted to vote against Paul — Nicole seems extremely intimidated by even being in the same house as Janelle.

It doesn’t matter what is going on in the house or what room Nicole happens to be in, she finds a way to steer the conversation to Janelle, always attempting to find a way to say something bad about her.

The end game is pretty simple to guess, as it is clear that Nicole wants Janelle out of the game before Janelle gets power and targets her. That’s very likely to happen, especially as Janelle starts getting wind of the lies Nicole has been telling.

Fans are noticing the Nicole infatuation with Janelle

Social media is starting to get flooded with comments from fans who have been watching the live feeds and can’t understand why Nicole has been so bothered by Janelle.

And then there are the odd stories that Nicole is telling to get other people in the house on her side.

Here is Nicole sharing one of her stories:

But fans are not buying it:

Some Big Brother live feed viewers are keeping track of the Janelle mentions, and they are no longer limited to just Nicole Franzel, as she has spurred on conversations by many people she is aligned with.

And do you think that Janelle is getting consumed by all of the conversations mentioning her in the BB22 house? Not yet, as was made clear in this new post: 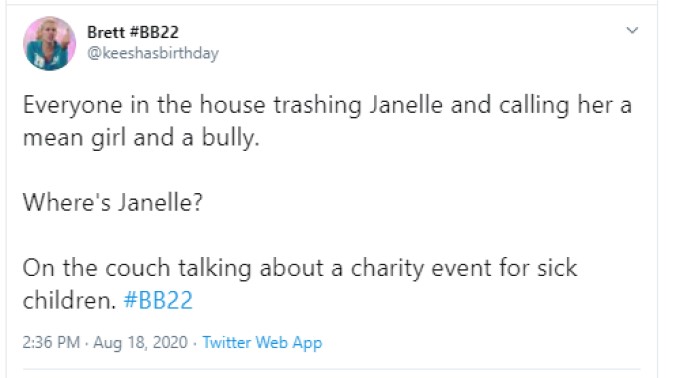 The upcoming Head of Household Competition is going to be an important one. Janelle Pierzina and Nicole Franzel both know the importance of winning it and taking the power in the BB22 house.

Janelle is safe this week, but so is Nicole. It sets the stage for a potential showdown between the two women at the Week 3 HOH Competition. And is there really a BB22 Battle Back? Or was that a ploy from Janelle?

It will be very interesting to see the edits for the upcoming episodes and if the infatuation that Nicole has been showing for Janelle becomes a focal point.