Whether it be intricate and lengthy roommate agreements or a hidden security camera inside an Aquaman doll, The Big Bang Theory’s Sheldon Cooper (played by Jim Parsons) did not mess around when it came to protecting his home. While the extreme security lengths seemed alien to roommate Leonard Hofstadter (Johnny Galecki), to Sheldon they were essential for his safety. So when he showed temporary roomie Raj Koothrappali one extreme measure he’d implemented in the apartment back in season four of the CBS series, it didn’t seem out of the blue.

With Leonard busy romancing Raj’s sister Priya (Aarti Mann), the pair decided it would be best to temporarily swap living situations for a while.

Leonard moved in with Priya at Raj’s apartment while Sheldon had a new roomie in the form of Raj.

The swap occurred in the season four finale, titled The Roommate Transmogrification and one particular scene showed Sheldon explaining the rules of the apartment to Raj.

In order to avoid listening to Leonard have “astronomically inaccurate Star Trek sex” with his sister, Raj arrived at Sheldon’s looking for a place to stay. 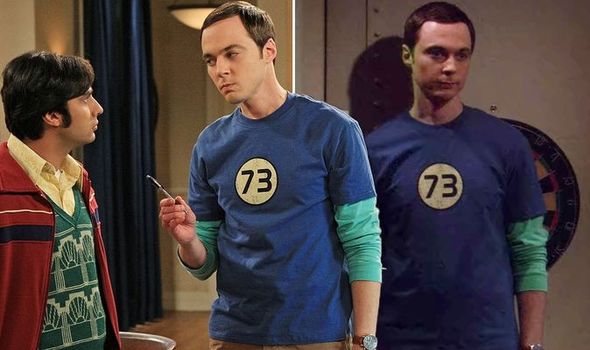 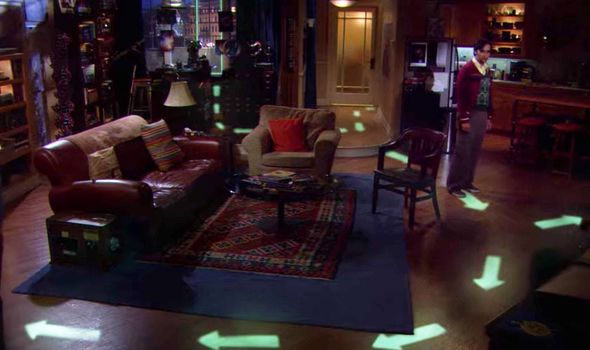 Upon entering, Sheldon said he would get the blankets for Raj to sleep on the couch, but this wouldn’t do for Raj.

However, strick to his own code, Sheldon replied: “No, I can’t authorize that.”

Raj managed to sway Sheldon, however, but only if he signed a form idemnifying him from Raj’s use of the bedroom. 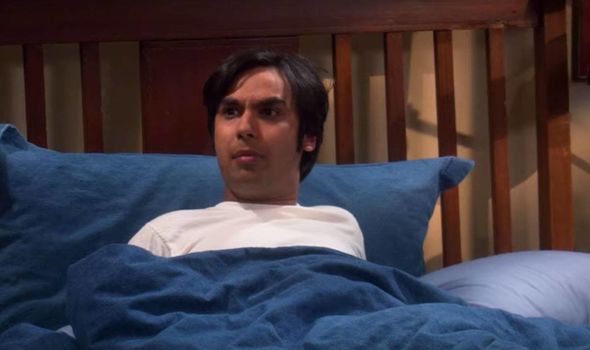 After signing, Sheldon had to run through the safety procedures in which he identified the three emergency exits as well as explaining what to do in the event of a power outage.

Sheldon pointed out to Raj that luminous paint would guide him to the nearest exit should the apartment descend into darkness.

To demonstrate, Sheldon turned the lights off and bright green arrow appeared all over the apartment’s floor should they be needed.

However, this is where the plot hole lies as it appears to be the only time the paint appears in Sheldon’s home. 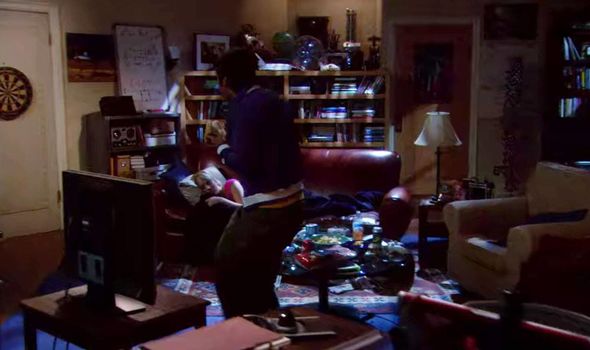 If fans cast their mind back to season one, episode seven, titled The Dumpling Paradox, Sheldon and Leonard have Penny (Kaley Cuoco) over to stay.

Unlike Raj, Penny opted for the coach and so didn’t have to sign a form to absolve Sheldon of any responsibility for Leonard’s room.

However, when the trio turned in for the evening, Penny turned out the lights in the front room.

But with the front room in darkness, the luminous arrows are nowhere to be seen.

Given Sheldon’s meticulous and safety-concious manner was evident before Leonard had even moved in, it’s likely he would’ve had the paint there from the off.

So why would it not appear when Penny turned off the light in season one?

There was bit of time between Penny’s sleepover and Raj’s but given there was never any reference to Sheldon painting the arrows during that time, it seems they appeared by magic to viewers.

The Big Bang Theory is available to stream on Netflix UK now.