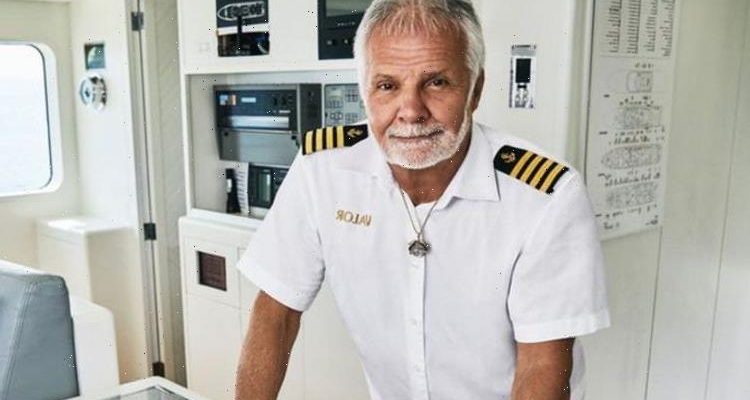 Below Deck season nine will air on Bravo on October 26 and fans are looking forward to seeing captain Lee return. This year, he had to spend some time away from the crew and a new captain – Sean Meagher – has stepped in. Lee is a fan-favourite but the star revealed he was never earmarked to be the TV show’s original captain.

Who was Below Deck’s original captain?

Below Deck is due to resume with another season as the crew entertain charter guests onboard My Seanna.

When fans first saw the trailer, they were nervous as Captain Lee did not make an appearance for some time.

The trailer showed Captain Sean Meagher oversee the crew as they toured St Kitts in the Caribbean.

Thankfully, Captain Lee confirmed he would be returning later on in the charter season.

He has been captain for all eight of the previous seasons and he has become one of the most popular stars.

However, he revealed in an interview that it was actually Aleks Taldykin, first officer from season one, who was supposed to front the series.

He told Cosmopolitan: “I wasn’t really prepared to be on a TV show. It all happened accidentally because I wasn’t supposed to be the captain.

“Alex [Season One] was supposed to be the captain – that’s who they hired. For one reason or another, it ended up being me. But I didn’t audition.

“If it hadn’t been dumped in my lap I never would have done it.”

He did say he has enjoyed every moment since the first season, so it worked out for the better.

He said: “Having said that, I wouldn’t trade the experience for anything because it’s really been truly remarkable.”

Captain Lee is on Instagram and he has been keeping fans up to date with his latest ventures.

He appeared alongside Kate Chastain, chief stewardess, saying: “My version of Friday Night Lights. A bit of the past and present, & who knows what’s in the future.”

Fans took to the comments to share their thoughts on the series and the crew from across the years.

Another said: “Great picture! Below Deck is one of my favorite shows. I like all the captains and cast members and I really like seeing the beautiful places you visit.”

Viewers have often wondered whether Lee and other members of the crew work on boats in real life.

They will be interested to hear he is in fact a real captain and has more than 20 years of experience in the yachting industry.

He worked as a restauranteur before getting into yachts when he was 35 years old.

It took him a while to adjust to sea life and he would become seasick on some of his first yachting adventures.

Now, at 70 years old, he has enough experience to not be intimidated by the most demanding of clients.

He has also earned the respect of his entire crew and they see him as an inspiration as well as their captain.

In season eight, it was revealed he had experienced a fall that saw him in hospital, and he did not know whether he would return.

Believing he would not feature in season nine at all, the crew were genuinely upset.

Fans were delighted to hear he would pop up again in the upcoming season.

Below Deck airs on Bravo, NOW, E4 and Peacock.