It unfolded during a segment about productivity where correspondent Nina Warhurst was in a pasty factory in Bolton.

But the BBC Breakfast coverage appeared to provoke some controversy as one Member of Parliament tweeted about how the foodstuff being produced in Bolton was “wrong on so many levels”.

However, Nina took him to task on the comment live on the BBC programme.

She said: “We seem to have started pasty wars this morning, Steve Double the MP for Newquay has tweeted us saying: ‘A pasty factory in Bolton! This is wrong on so many levels. Pasties are only made in Cornwall.’

We seem to have started pasty wars this morning

“Actually Steve, I think you’ll find Cornish pasties are made in Cornwall and pasties from everywhere else are still pasties. I think Shakespeare once said that.”

The politician also had words with Dan Walker about the matter on Twitter.

“But surely a ‘pasty’ doesn’t have to come from Cornwall? Only a ‘Cornish Pasty’! #FreeThePasty,” Dan replied with a laughing emoji.

While Steve retorted with a wink face: “The only true pasty is a Cornish Pasty. Everything else is an imitation.”

Meanwhile, other viewers were distracted by the report from the factory as they spotted that it was one worker’s job to take pasties off a conveyer belt and put them onto a tray. 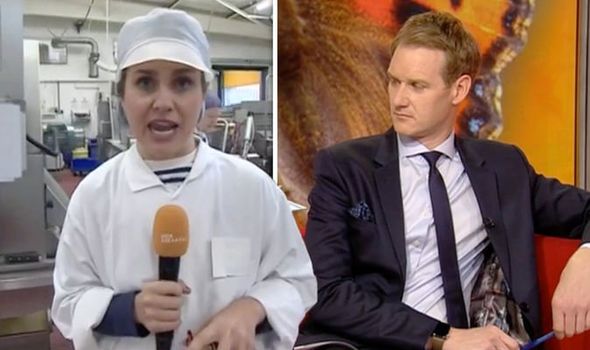 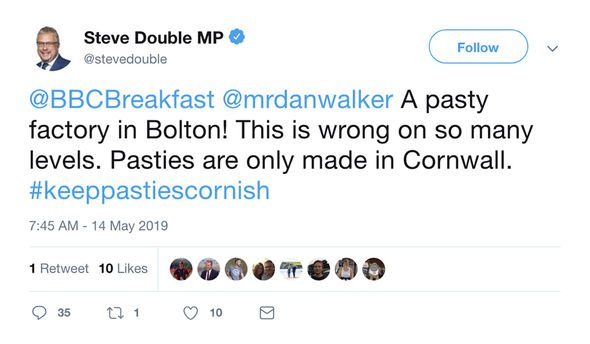 Some were left wondering on Twitter if that was what the woman did all day.

One wrote: “Tell me that lass does not just lift pasties all day long. #BBCBreakfast #BBCNews.”

“That absolute hero lady from Bolton laying the pasties out like a machine! You’re my motivation for today #bbcbreakfast,” another praised.

While a third questioned: “The lady putting pasties on the belt, does she do that all day, every day? #bbcbreakfast.’

Yesterday’s instalment of the programme saw Louise Minchin berate Dan for using his phone on air. 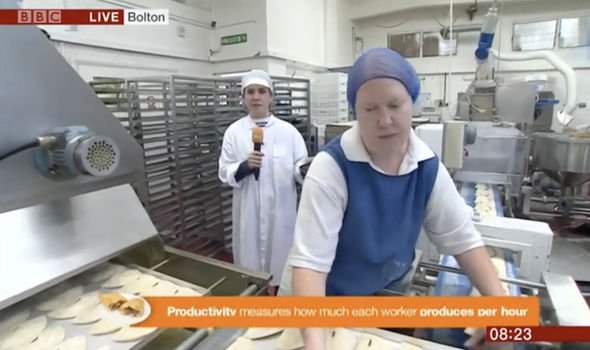 As the camera cut back to the pair during Holly Hamilton’s sport segment, Louise spotted her colleague on his mobile.

“Put it down,” said Louise after laughing nervously.

Louise went on to thank Holly, however, her report hadn’t quite come to an end.

Louise subsequently apologised to Holly for cutting her off.

BBC Breakfast airs weekdays at 6am on BBC One.