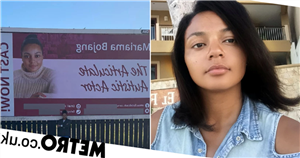 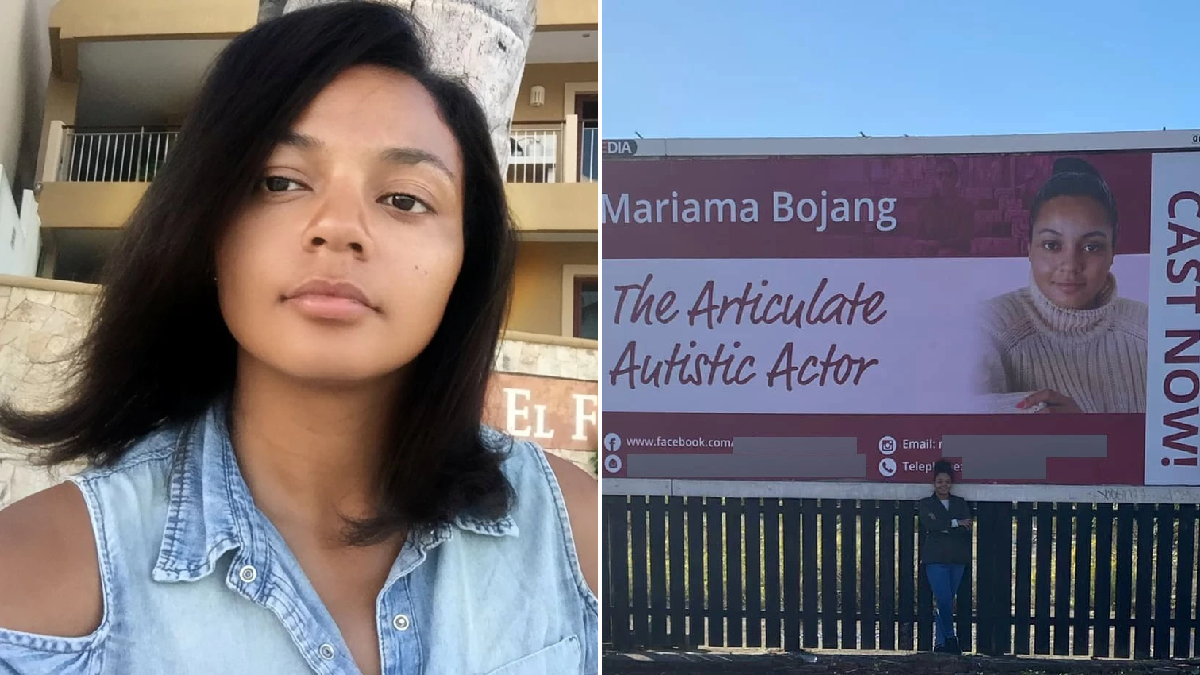 Finding work as an actor can be difficult, but Mariama Bojang is determined to land herself a job doing what she loves.

The actress, 27, took impressive action in a bid to make her dreams come true, arranging for an image of her face to be put on a giant billboard on Kirkstall Road in Leeds, West Yorkshire.

The photo, which her mum paid for, was displayed on the 48-sheet static billboard with her contact details on show.

Mariama, who is determined to get noticed by casting directors, specifically picked this site due to it being so close to the ITV studios for Emmerdale.

She is a fan of the soap, and would love to be cast in it.

‘Ideally, I will be contacted by a casting director asking if I would like to audition for a role and I of course will accept,’ said Mariama.

‘I am not aspiring to be a celebrity, I’m not in it for fame, or even money, I have a passion for this craft and it comes from the heart.

‘The idea of the billboards came into my head one evening and I thought “what can I do to maximise my chances to be noticed by the ‘right people” ie casting directors and producers?’.

Emmerdale, which is hot off an acclaimed stunt week, celebrates its 50th anniversary next year.

Meena murdered teen Leanna Cavanagh earlier this year, before killing Andrea Tate amid the aforementioned survival week, leaving her to die in a deadly maze fire.

The stunt episodes were all part of ITV’s Super Soap Week, which also saw fellow serial drama Coronation Street air dramatic scenes, as several of the soap’s residents fell down a sinkhole.

Emmerdale airs Mondays – Fridays at 7pm on ITV, with an extra outing at 8pm on Thursdays.