Antiques Roadshow guests gathered at the Concorde Hangar at Aerospace Bristol, with a whole manner of aircraft relics brought along. One such treasure was a smaller scale, golden replica of the Concorde, which was decommissioned back in 2003 following its final flight. A pair of sisters were on hand to explain how their father got his hands on the product, but with only one of them owning it, the other lost out on the eye-watering valuation on the BBC show.

John Baddeley was the expert on hand to help the sisters, intrigued to find out what they had hidden in the mundane grey box they had brought along.

Stood under the actual Concorde plane, the expert opened the box to discover the small scale replica inside.

It was what he called the “delta shape” of the aircraft they were in the presence of, adding it was “different from the actual final shape of the delta wing.”

As the sisters went on to detail how they had it in their possession, they couldn’t quite believe it when John told them how much it would cost at auction. 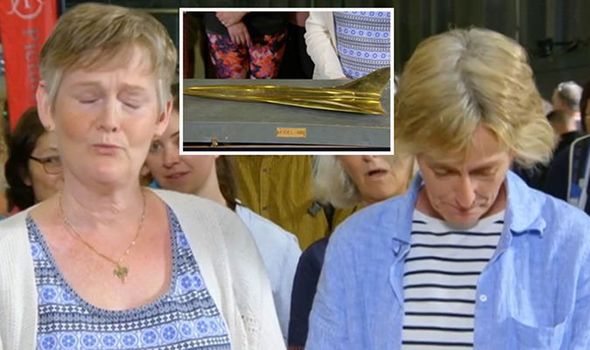 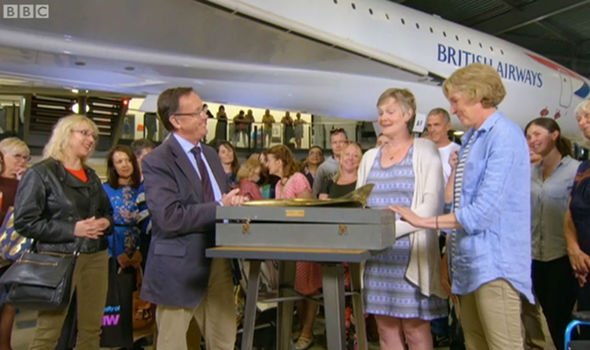 The one sister said: “My father passed away and we put the house on the market and a lady made an offer and we decided it wasn’t quite what we wanted.

“And I had a dream, and I decided, in the dream, that I was going to move into the house. So, I rang my sister and said, ‘No, we’re not selling and I’m going to move in’.

“Came to dad’s room, pulled the fitted wardrobes down, hidden behind a panel was this box, 20 National Geographical and a car alarm.

“We had no idea it was there,” she added, to which John asked how their father came to be involved with the Concorde. 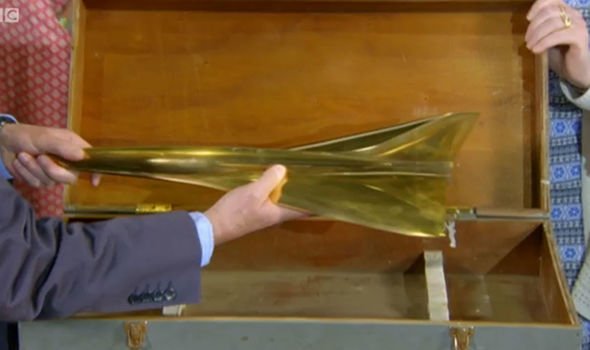 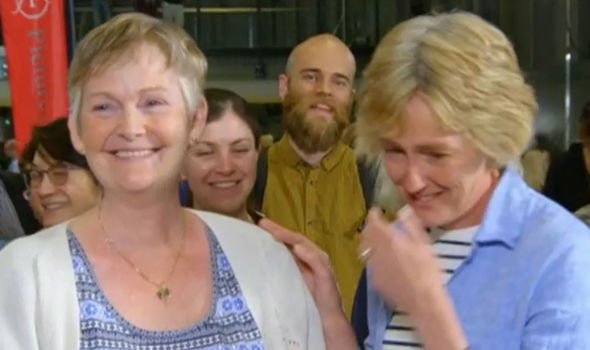 “He was the head of the wind tunnels at British Aerospace. So, he was an aerodynamicist that worked on the Concorde project when it first started,” the other sister explained.

John then said with the model in hand: “So, this model would have been used in the wind tunnels while they were trying to work out the final design for the aircraft we can see behind us.

“It’s an extraordinarily rare model. I know of three or four other examples, all of which are in museums in London. So, was it given as a gift when he retired or…?”

“This is what Dad told me, that he was gifted this and the wind tunnel clock,” the first sister detailed.

I can’t give you half, I’m sorry

“I have to say, I think it is just such a beautiful aircraft and so sad it’s no longer airborne,” the expert opined, to which the sisters said their father was “heartbroken.”

It seemed he had wanted to be an aircraft designer from a young age as they brought along one of his school reports showing what he dreamed of becoming.

“Have you got any ideas what’s going to happen to the model in the future?” the expert said, to which the first sister replied: “It’s in my will to my son. I’d like it to stay in the family. It’s really important.”

“Which half is yours?” John quipped to the other sister, to which she told him: “That’s what we’ll discuss.”

Giving his valuation, the expert said: “When Concorde was decommissioned in 2003, a lot of artefacts were sold off to raise money for charity.”

John continued: “Back then, there were huge prices paid for Concorde memorabilia because everybody was so sad to see the aircraft being decommissioned.

“Since then, more items have come out but I’ve never seen another wind tunnel model appear at the auction ever. At auction, I would see this at between £15,000 and £20,000.”

After the whopping valuation of their treasure, the first sister turned to her sibling and said: ” I can’t give you half, I’m sorry,” meaning she would lose out on its value.

Commenting on the very unusual circumstance, the expert opined: “It’s the first time in my whole experience that we’ve had two sisters – one wanting a high estimate, one wanting a low – but at the end of the day, they were so proud of their dad, and it’s going to remain in the family.”

Antiques Roadshow continues Sunday at 8:15pm on BBC One.