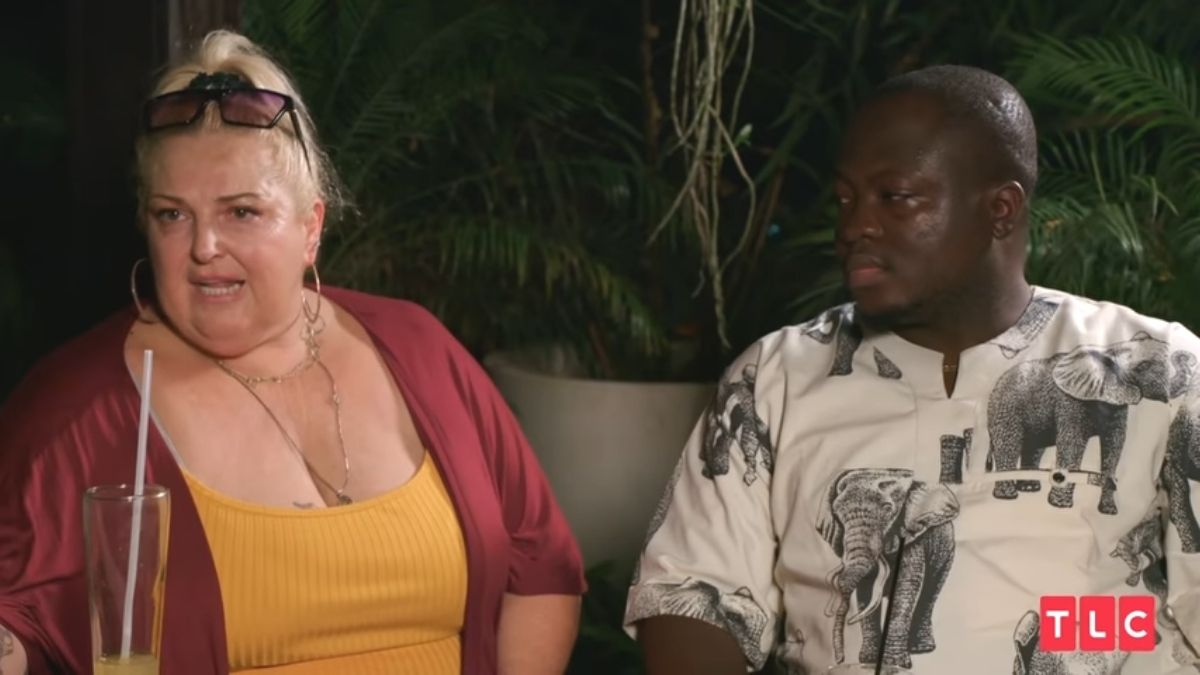 90 Day Fiance: Happily Ever After? viewers are not happy with Angela Deem’s treatment of fiance Michael llesanmi, and they are making it known.

The outspoken American is getting a lot of backlash on social media as her brash and aggressive personality seems to be rubbing fans the wrong way.

The latest episode of the popular TLC series showed Angela in her fiance’s hometown of Nigeria as they prepare to wed.

The couple has had several blowups since she arrived in the African country, but the most recent argument had many people up in arms.

After a dinner with Michael’s family, Deem was fuming when she learned that the family expected her to be a submissive wife to Michael.

As per their culture, the women are not the head of the household but are instead second to their husband.

This certainly did not sit well with the  Hazelhurst, GA native who blew up at Michael for allowing the conversation to take place–without telling his family that their relationship would be 50/50!

Angela blows up at Michael

After the dinner, the 90 Day Fiance alum was seething with anger, and she let Michael know exactly how she felt.

“Michael never spoke up for me one damn time and said no she’s not gonna be submissive, we’re gonna be 50/50,” says Angela to the cameras.

“He did not do that. That is not who I wanna be married to.”

The 54-year old continued her angry tirade saying, “I think he needs to get married to his family.”

During the argument, Angela cursed at her husband, at one point calling him a, “little boy” and telling him, “Get your a** out and go to your mama’s.”

As the Nigerian native tried to calm her down, it only fueled Angela’s anger.

At one point she said to him, “Get your hand out of my face, cause you’ll get your a** whooped again.”

Many 90 Day Fiance viewers took to Twitter as they watched Angela Deem explode at Michael.

Viewers were absolutely outraged at the way she treated her soon-to-be husband and some even coined her actions as abusive.

“Angela is physically and verbally abusive as f*#k and it’s not entertaining to watch at all,” shared one user.

“Men arrested for being abusive get kicked off #90DayFiance but women who were arrested AND convicted of abuse & who were abusive on camera get hired for another season,” chimed in another commenter. “Abuse is abuse! Fire them all”

90 Day Fiance: Happily Ever After airs Sundays at 8/7c on TLC.