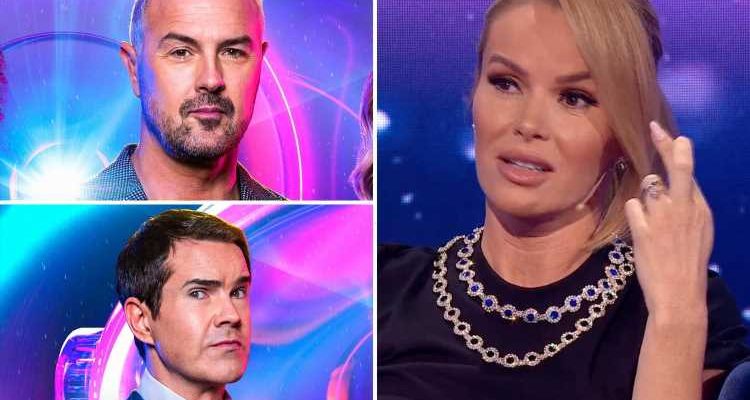 AMANDA Holden has been mocked by Jimmy Carr and Paddy McGuinness as she "name drops" a famous pal on I Can See Your Voice.

As the actress made an appearance on the new BBC One game show, she told audiences that Andrew Lloyd Webber had offered her up some advice. 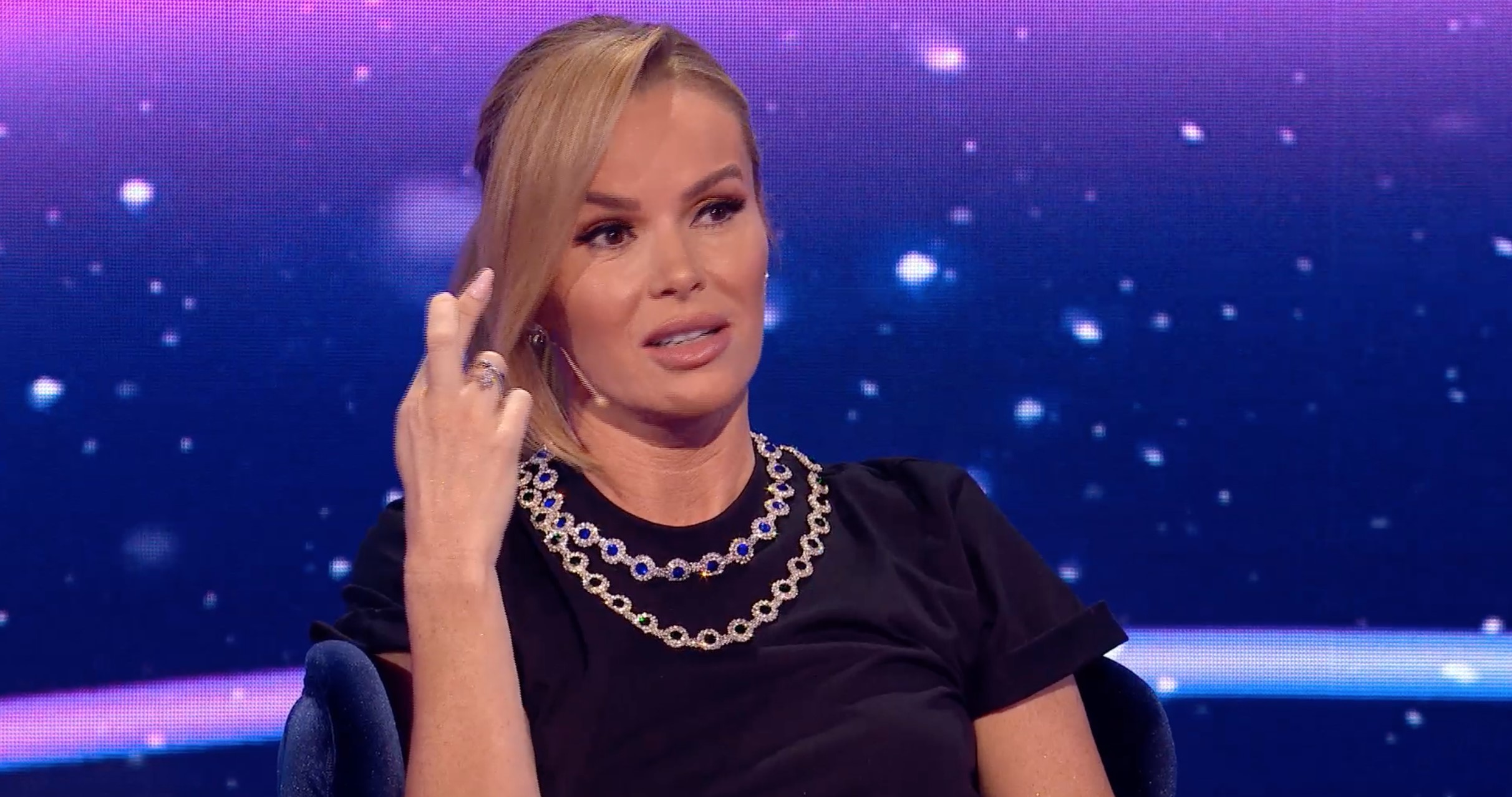 Amanda, 50, was mocked by the two comedians as she described how the legendary musical composer told her the "strength of someone's neck" determines their singing ability.

It came as the star appeared on the panel of I Can See Your Voice, which sees members of the public try and tell the difference between the good and the bad singers without hearing them.

In the unaired episode, the celebrity panel, who are there to help discover the good singer, also included Girls Aloud star Nadine Coyle and presenter Alison Hammond.

Offering up her advice to two new contestants, Amanda referred to her close pal Andrew before host Paddy, 47, began the chain of brutal mockery. 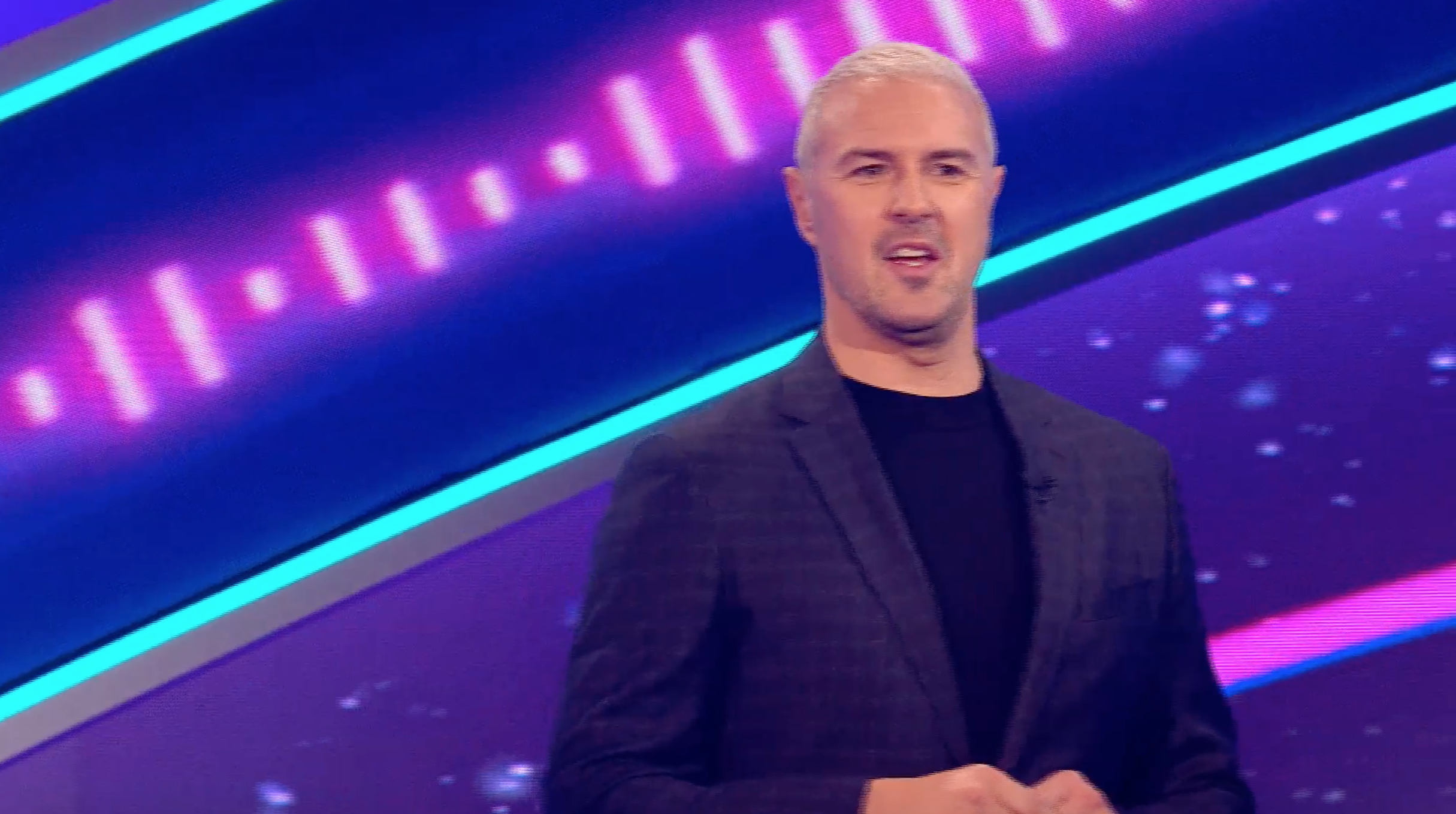 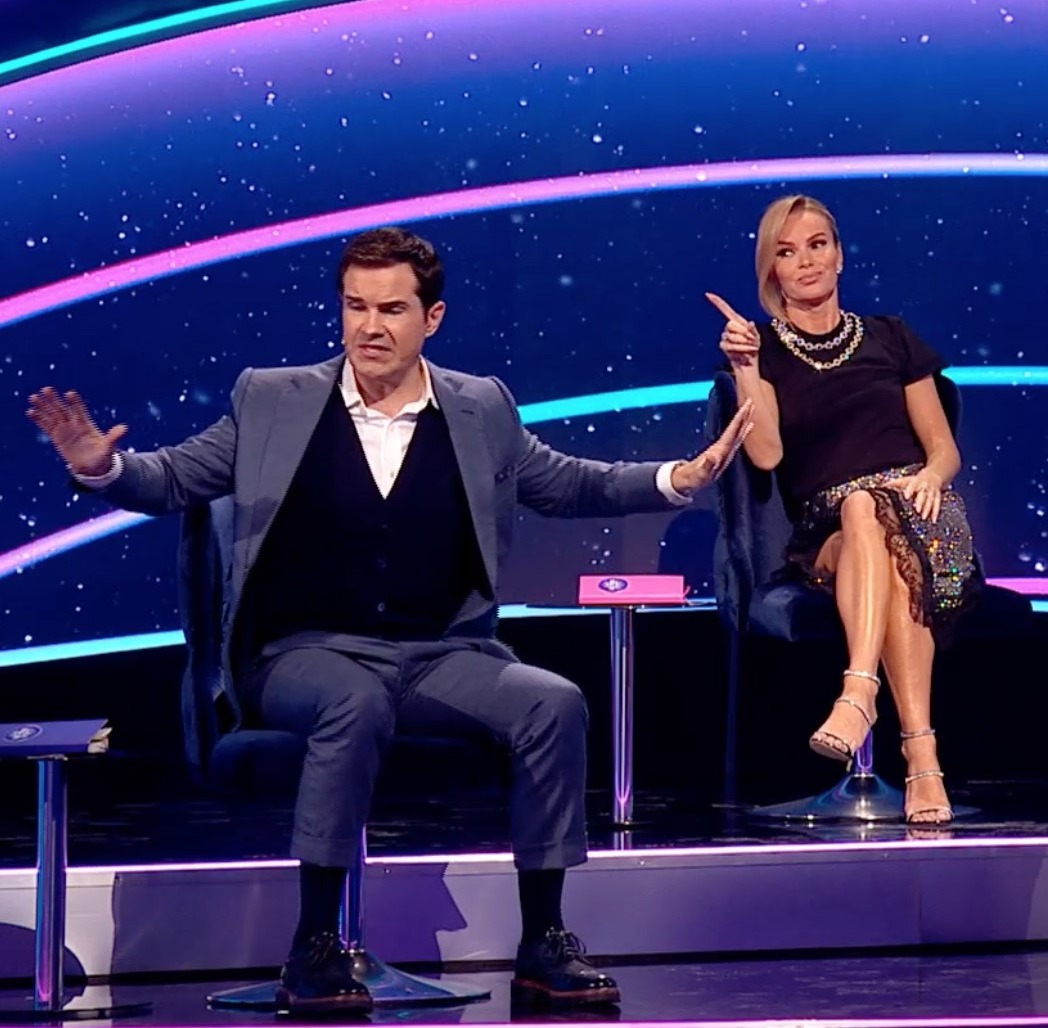 "Andrew Lloyd Webber once said to me," she told the panel, as Paddy immediately shook his head and rolled his eyes, saying: "Oh, here we go."

Laughter erupted from the audience and the contestants as Amanda struggled to keep control of the conversation.

"Me and Andy are like that," she continued undeterred, holding up her crossed fingers and looking unimpressed with the jibes. 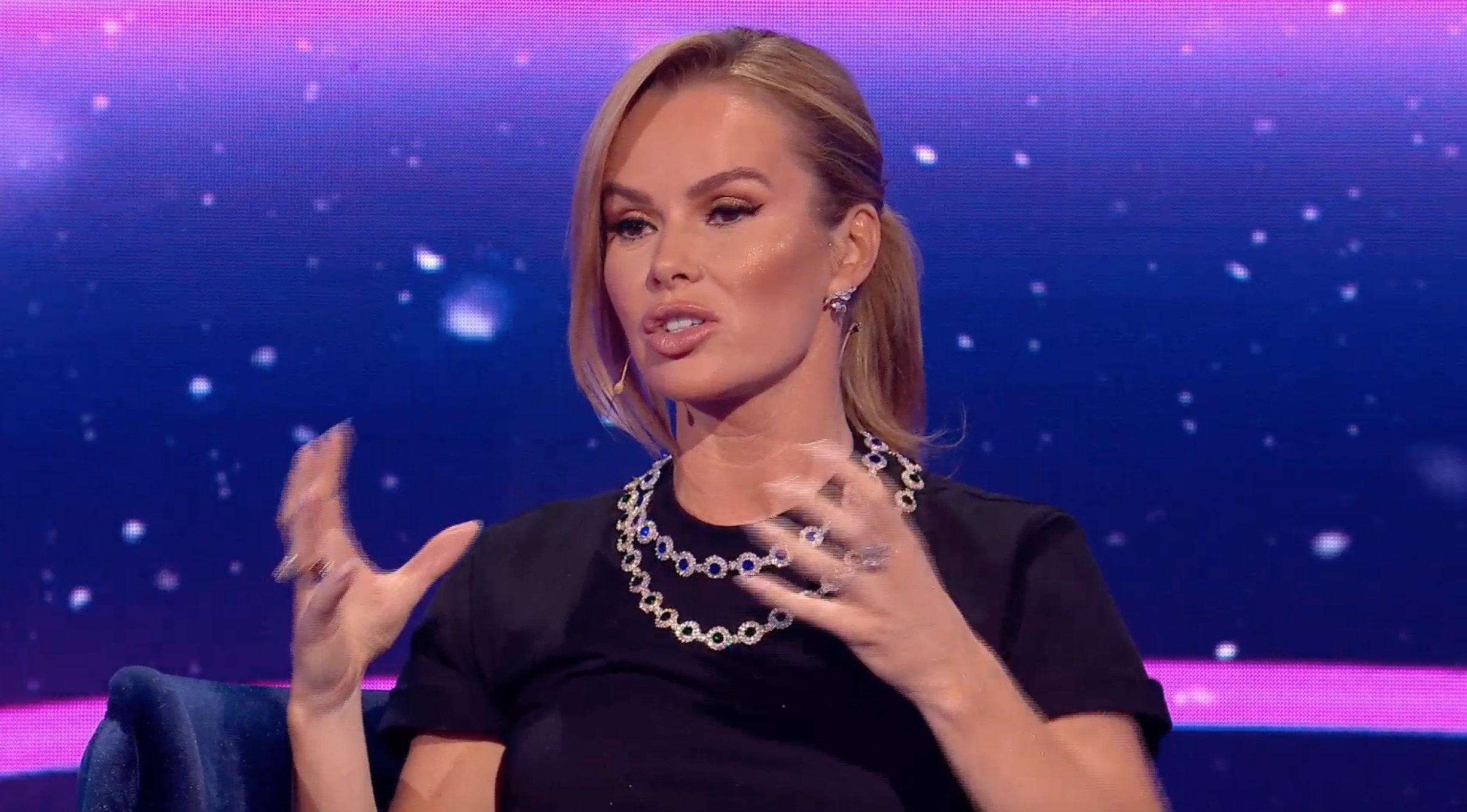 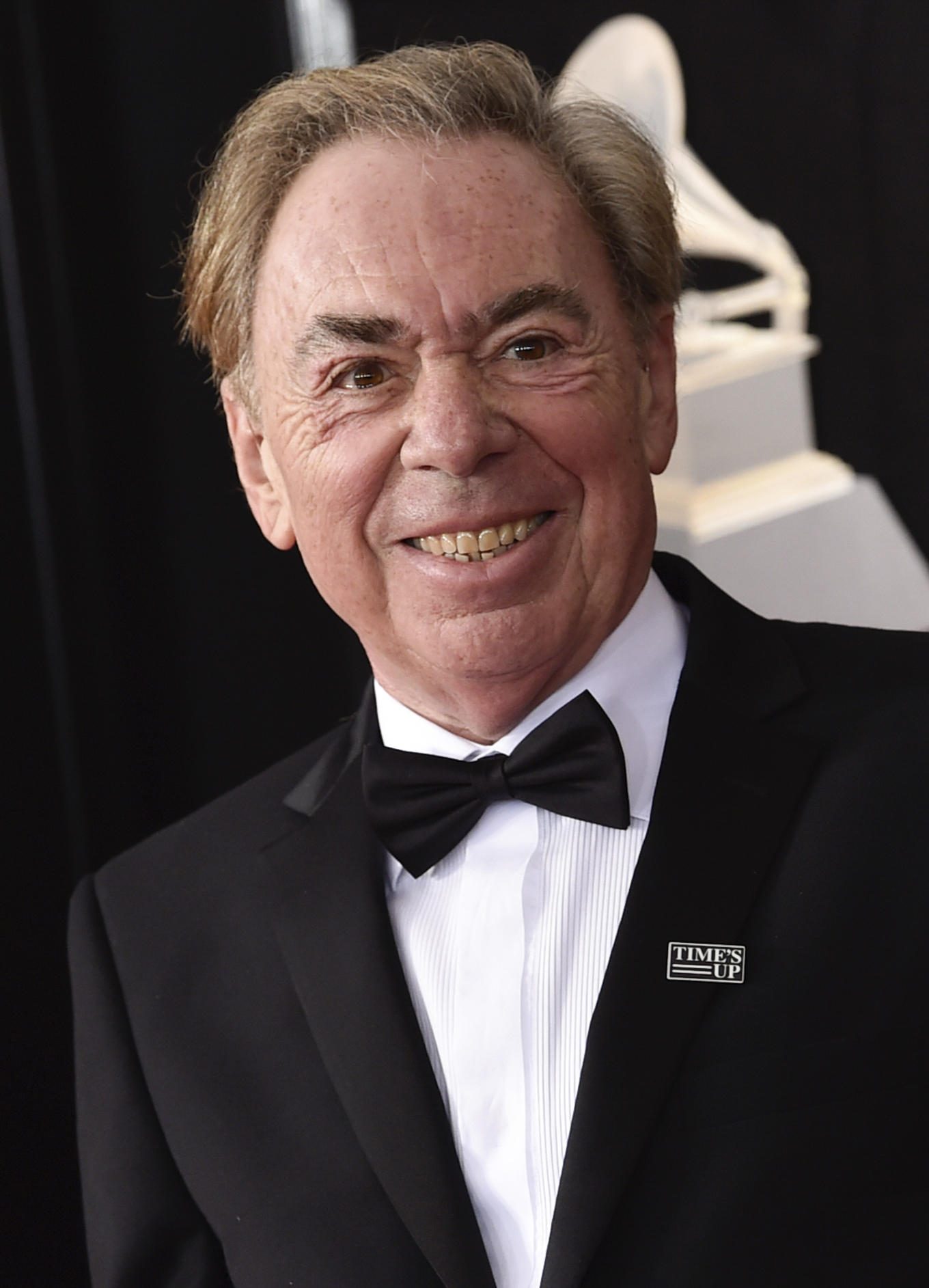 "Andrew said that he bases a lot of his audiences on the strength of somebody's neck as he can tell from the neck whether somebody is a good singer or not."

I Can See Your Voice premiered on BBC One last week, and has alreadybeen heralded as the BBC's response to ITV's The Masked Singer.

The show sees the number of mystery singers whittled down one by one until the final singer has to do a duet with a guest musical celebrity to find out if they can really sing.

Contestants win a cash prize if they succeed, but if if a bad singer evades detection, then they end up stealing the money for themselves. 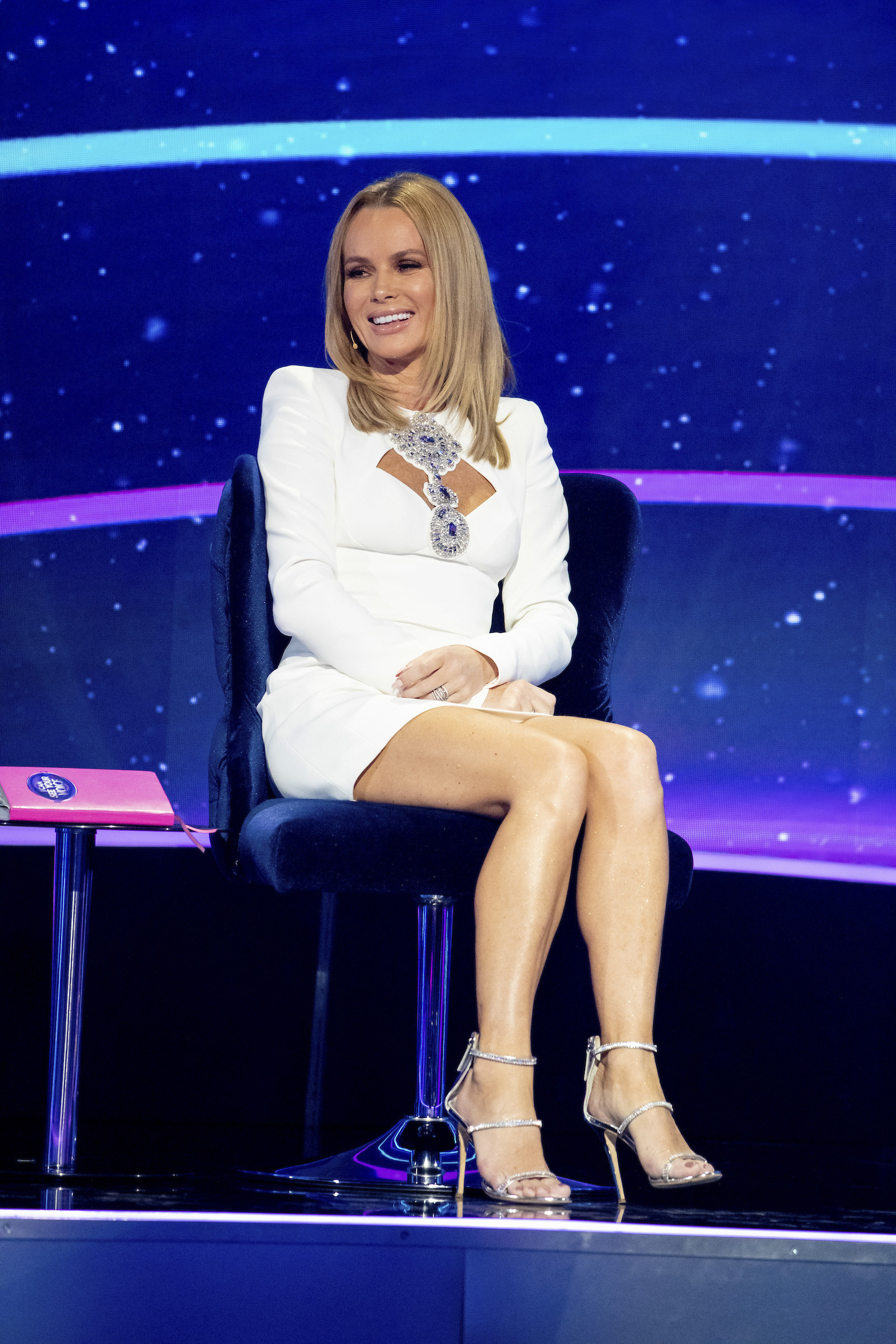 The one rule the show follows is that only the bad singers can lie about their musical talent, the good singers are forced to remain truthful.

Each episode boasts four rounds, the opening round is called First Impressions where we meet the six mystery singers for the first time.

Round Two is called Lip Sync, where the remaining contestants take to the stage to mime a song – the good singers miming to their own voice, and the bad singers to someone else.

The final round is the "Interrogation", and gives guessers 30 seconds to interrogate the final singers using a list of 15 questions. 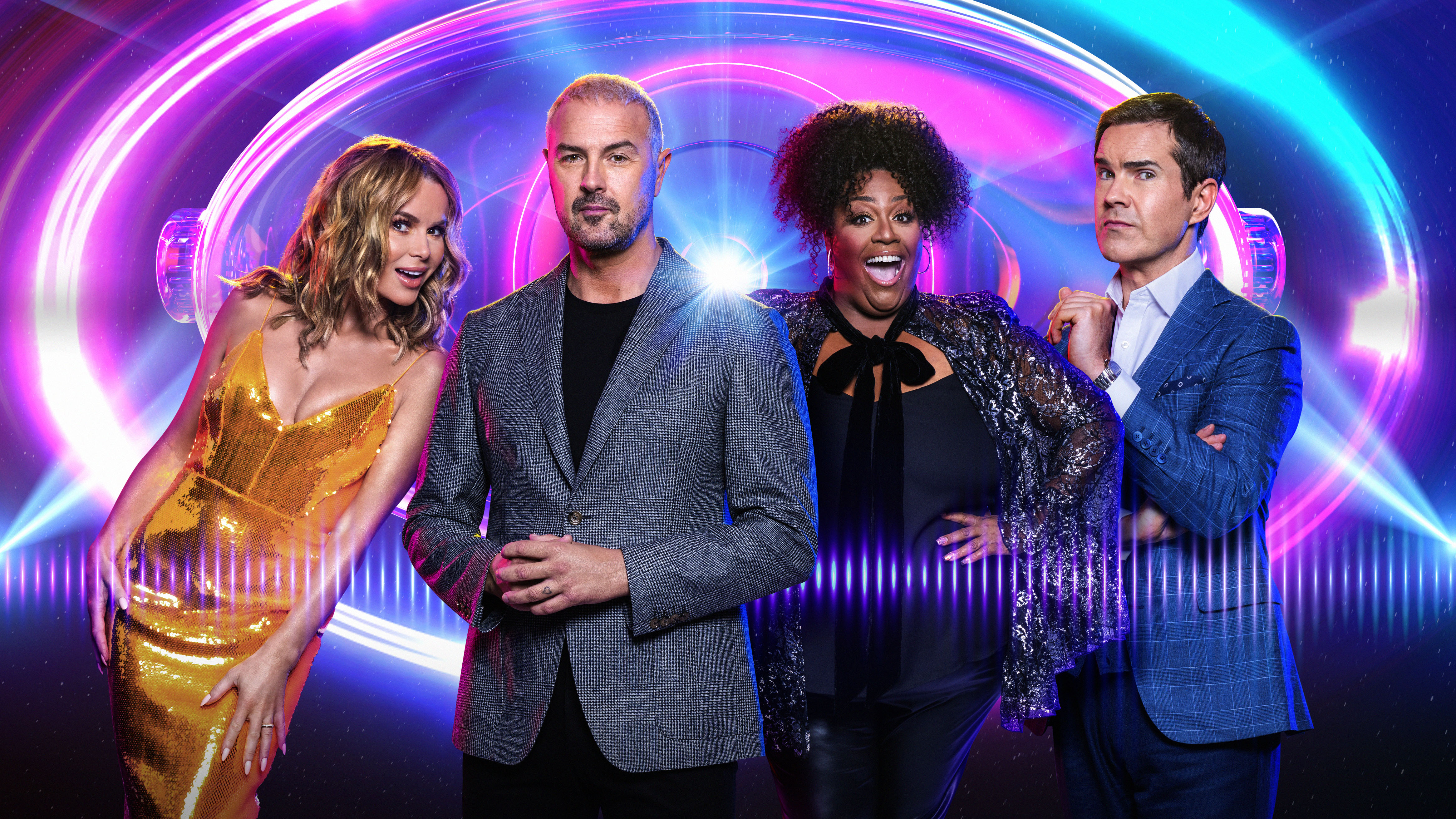 Last week, Amanda wowed fans of the show in a stunning white ensemble that showed off her toned pins.

Donning a stunning white mini-dress from Georgian-born but London based designer, David Koma, Amanda opted for a understated makeup look and wore her straight hair in a middle part.

The long sleeve white dress, featured a cutout above her chest with a stunning silver embellishment. 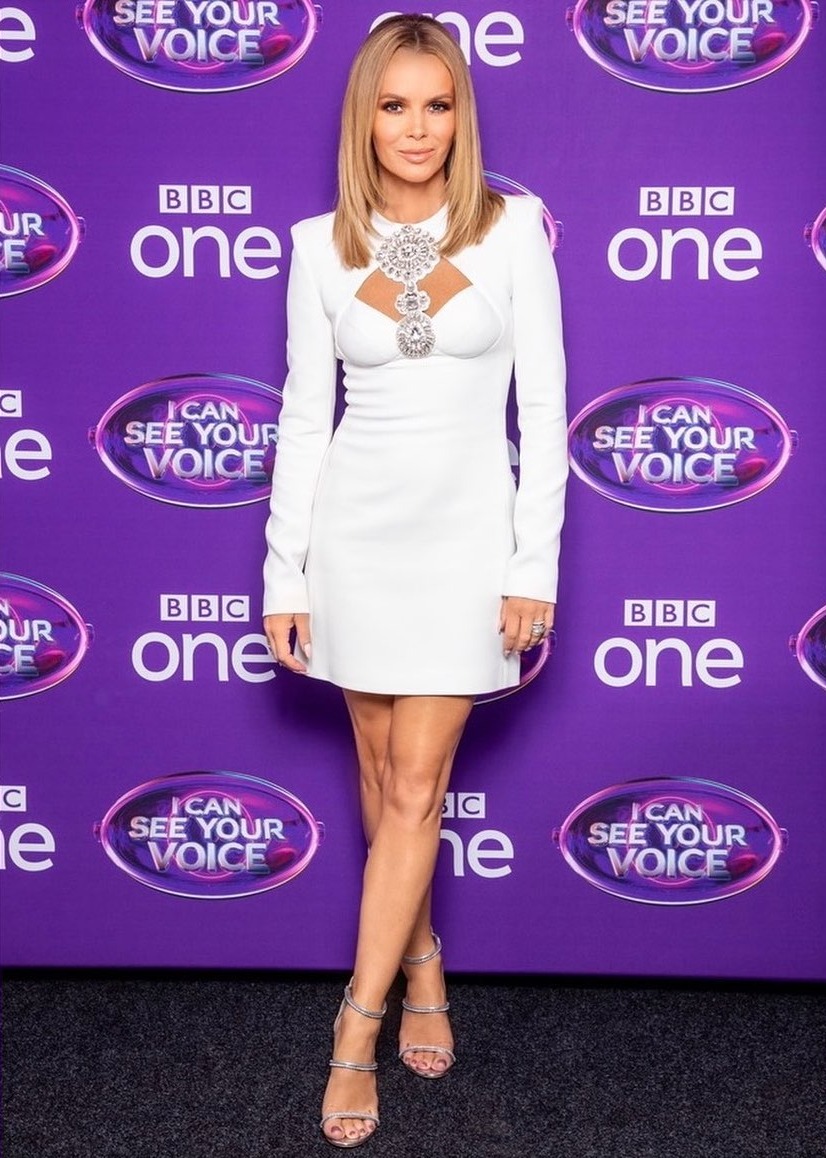 Fans loved the show, saying it looked like fun to make and that she looked gorgeous.

"You look amazing and the show looks so much fun," wrote one Twitter user.

Another added: "Can someone please tell me how old Amanda Holden is because she seems to be getting younger – once again she looks very visually attractive #icanseeyourvoice."

Her co-star Alison Hammond credited Amanda with teaching her 'sex appeal' but also laughed at how she kept getting told to 'close her legs'.

Alison told Notebook magazine: “She brought a wealth of experience. She didn’t really teach me about that but she taught me how to show a bit more leg! You know sitting down and how to edge the skirt up a little bit. She taught me a bit about sex appeal!”

And she revealed how Amanda kept getting in trouble for opening her legs on the stage.

She added: “She kept getting in trouble for opening her legs. They had to keep saying, ‘Amanda keep your legs shut!’ That really tickled me.

“But mainly it was our laughs, they’re just so loud. We were like laugh twins. And then you’ve got Jimmy’s laugh. We sound horrendous together! We were like three horns.”