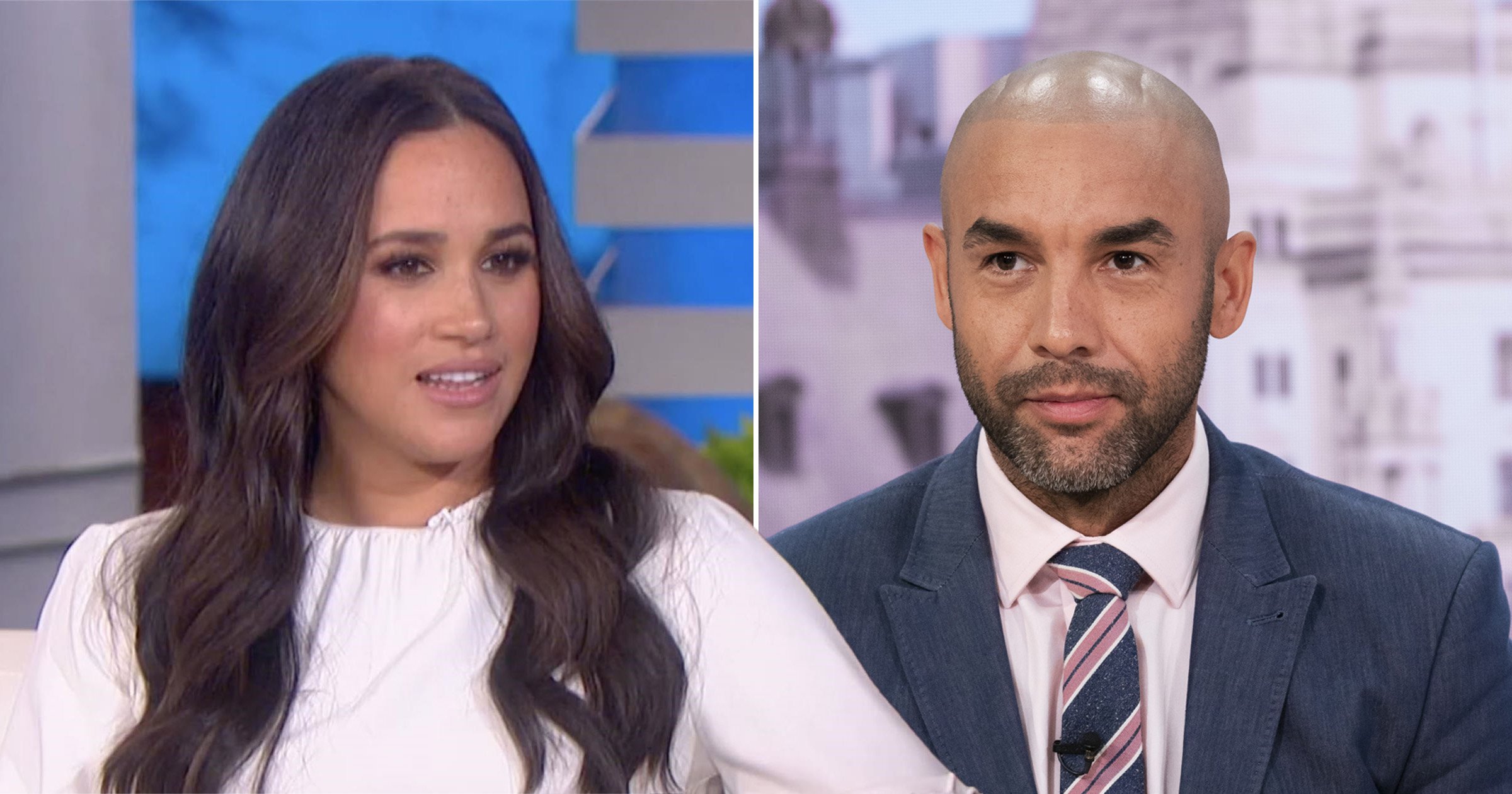 Good Morning Britain star Alex Beresford has taken aim at critics of Meghan Markle after her appearance on the Ellen DeGeneres Show.

The presenter, who defended the Duchess of Sussex against Piers Morgan just before he stormed off set before his explosive GMB exit, addressed the criticism against her after her latest interview.

‘Meghan Markle could have gone on Ellen, stayed silent and her critics would have heard her say something and would still be talking about her today,’ he said. ‘The Duchess is keeping so many people relevant.’

His comment comes after his GMB co-star Susanna Reid described Meghan and Prince Harry as ‘increasingly hard to defend.’

Referring to Meghan’s last appearance on a talk show, when she and Harry spoke to Oprah Winfrey, Susanna awkwardly referenced Piers’ exit from GMB, saying: ‘She put a rocket under practically everything, frankly, from the Royal Family to this programme.’

She went on to say that Meghan’s appearances are ‘getting increasingly hard to defend’ after she and Prince Harry asked for privacy.

He claimed he ‘didn’t believe’ her, after she spoke about topics including her mental health.

The presenter was later cleared by Ofcom, with the regulator ruling that he was entitled to share his opinions.

However, he quit the show, with him later revealing that he would be making his TV return as he launches a talkTV show in 2022.

Meanwhile, Meghan’s appearance on Ellen was a very casual affair, with the pair chatting about her children, Halloween, and playing a prank on street vendors.