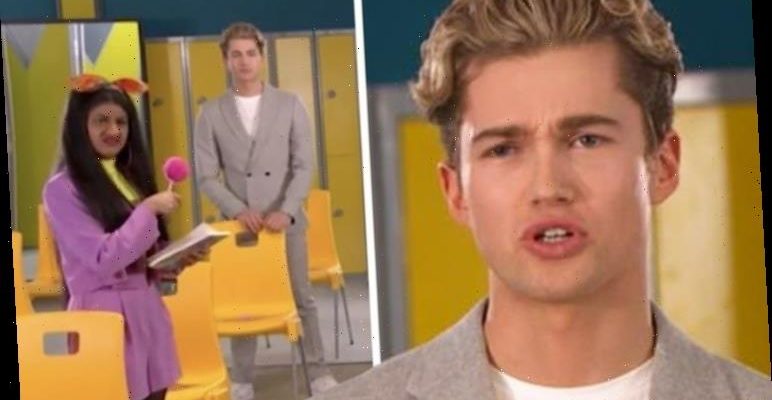 This Morning: AJ Pritchard on his accident with his girlfriend

AJ Pritchard is best known for his time on the Strictly Come Dancing dancefloor, but following his exit, he has turned his hands to other projects. He was last seen on television taking part in I’m A Celebrity… Get Me Out of Here! Back in November 2020, but tonight he was on Channel 4 making his debut in Hollyoaks. However, those watching at home were less than impressed by his acting ability and took to social media to comment.

AJ appeared in a scene with Denise Walsh, who plays Trish and she was saying: “I am a little bit more important because dance cures the soul.”

AJ’s character Marco then appeared from around the corner and interjected: “That sounds like the Trisha I know – never sells herself short.”

“Marco? What are you doing here?” Trish replied and she told those in the community centre: “Marco’s an old friend.”

“The competition,” he corrected and Trish continued to explain: “He.. he’s a teacher at my old dance school.” 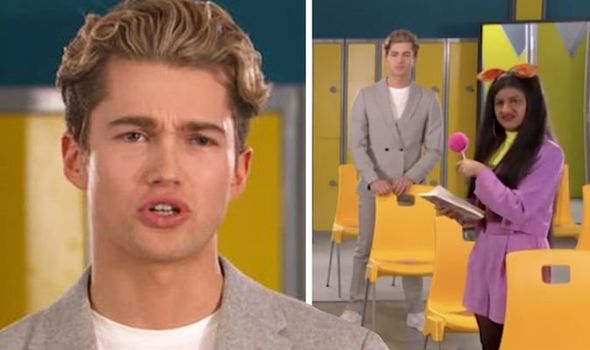 Hollyoaks fans took to Twitter to discuss AJ’s debut performance and they branded him “wooden” and “robotic”.

One said: “Marco was wooden wasn’t he? #Hollyoaks.”

“Wtf is this s*** I’m watching. I mean the acting if you want to call it that and that dancer guy wtf I can act better then this #Hollyoaks,” someone else mentioned.

A third added: “#Hollyoaks That AJ Pritchard is a proper wooden actor.”

“Is it me or is Marco talking very robotic,” a tweet read.

“This guy’s acting is so cringe #Hollyoaks,” someone else added.

One Hollyoaks fan complained: “One of the worst #Hollyoaks episodes! Can we get rid of Trish & the dance school and as for AJ Pritchard’s ‘wooden’ acting total rubbish!! @Hollyoaks.”

As for what type of character Marco is, AJ spoke to Inside Soap about him.

He explained: “Marco is Trish’s [Minniver] rival from a previous dance school.

“He’s a very cheeky and confident guy. Marco knows what he wants and when he turns up, he acts as if he owns the place.

“Marco arrives for Trish’s grand opening which, as you’ll see, is not so grand due to a couple of mistakes on Maxine’s [Minniver] part, which was fun to film.”

AJ isn’t the only Pritchard who is starring in the soap, brother Curtis was signed up too.

“It’s great because Curtis and I know each other so well from dancing and performing live, so we just get to play off that,” AJ went onto say.

“They’re really fun characters that are a bit sly.”

After Channel 4 first announced the Curtis brothers were going to be new characters, Curtis said: “I can’t believe we will be featuring on Hollyoaks, we have grown up with the show on TV and it’s always been one of our favourite serial dramas.”

“Our characters are fantastic, and we can’t wait for everyone to see how we bring them to life.”

Curtis added: “I am so excited to be working with my brother AJ on a show we grew up watching! I am also excited to continue our journey together with Channel 4 and E4.”

Whether or not they are long-running characters, Hollyoaks viewers will have to wait and see.