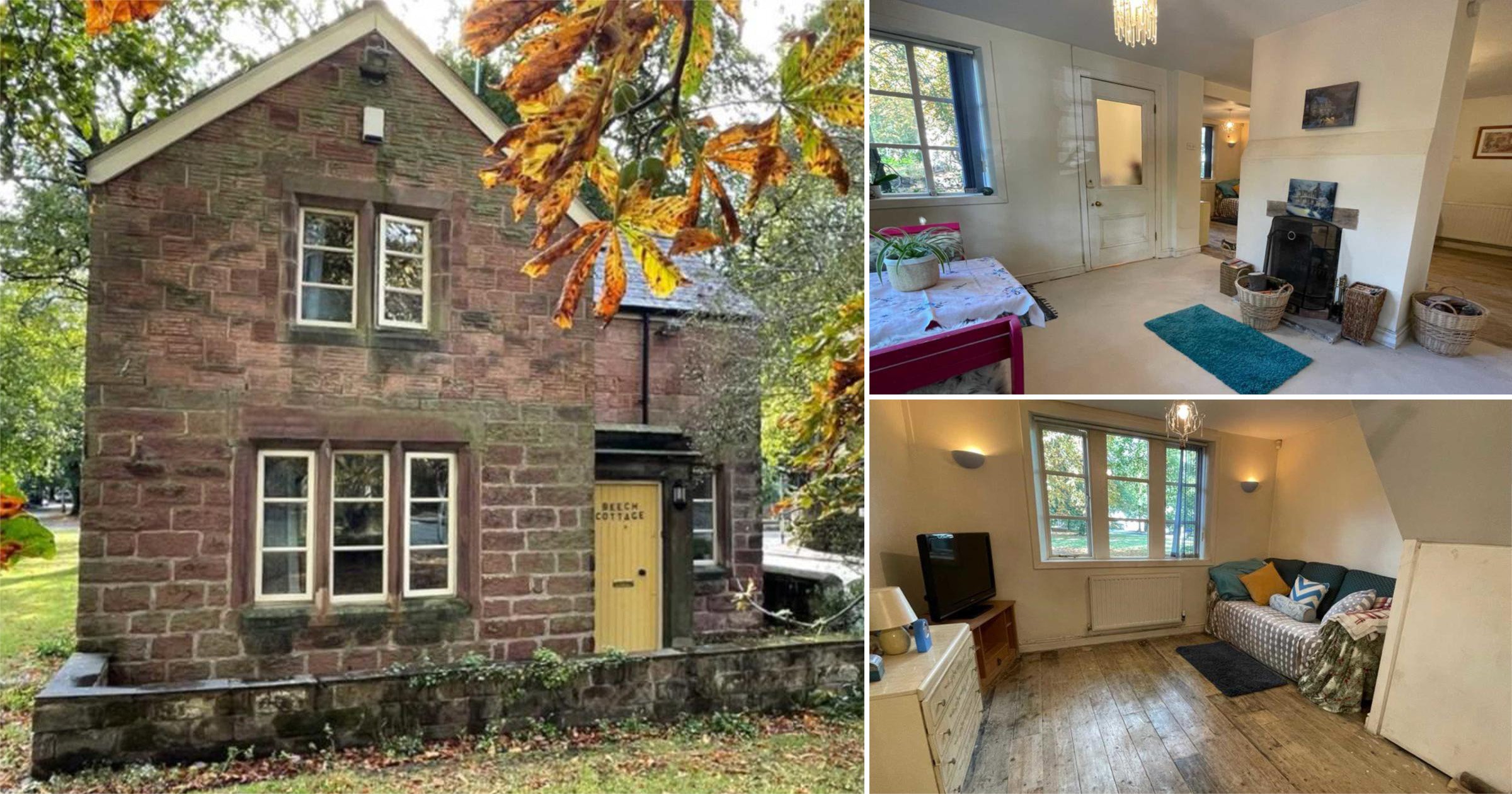 A 185-year-old cottage in Liverpool is on the market.

But some might question the £425,000 asking price – considering it’s positioned in the middle of a dual carriageway.

Located just on the edge of Caldertones Park, the historic property has become somewhat of a local landmark, as many pass it on a daily basis.

Not only does the cottage have a quaint exterior but the inside is pretty appealing too, with three bedrooms, two living and dining areas and plenty of original features – such as the stone-framed windows, high ceilings and a double-sided fireplace.

The estate agents, Marshall Property, behind the sale say it’s ‘loaded with potential’ as buyers could take the opportunity to add value to the 624sq ft period home.

According to the listing, the house has almost 200 years of history – dating back to approximately 1836.

It could also be a great option for a family as it’s close to schools such as Calderstones School, Carleton House Preparatory School and Childwall C of E Primary School.

However, anyone looking to take it on must be willing to put up with the hectic noise from the twin carriageway.

It’s also significantly more than the average detached house price in Liverpool which, according to Rightmove, is £349,772.

The majority of sales in the city last year were semi-detached properties, selling for an average price of £218,640, while terraced properties sold for £138,429.

So this house is definitely on the pricier end of the spectrum for the area.

Elsewhere in the world of unique property listings, a shop smaller than an average garage is on the market for £27,000.

While over in Australia, a house that sold for $3.75million three months ago is up for sale again at $4million, revealing the country’s current chaotic market.