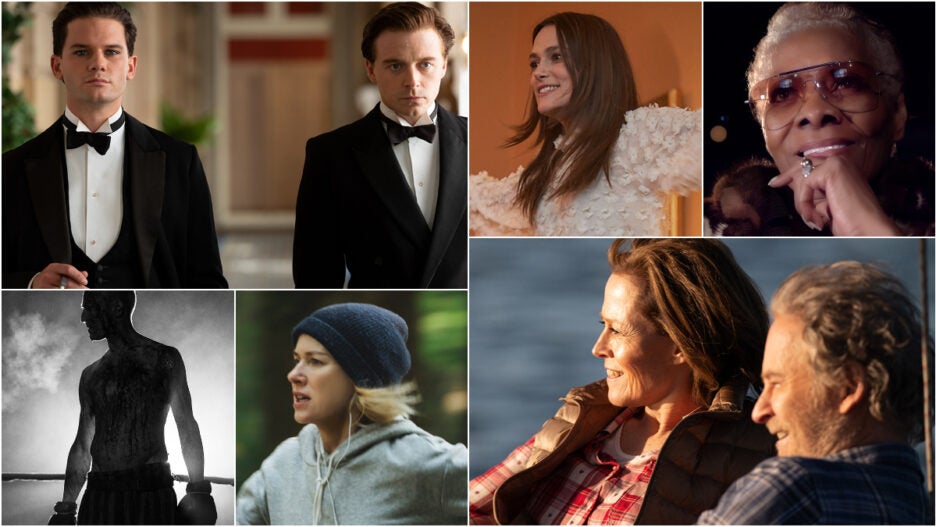 The ongoing concerns from COVID-19’s Delta variant have put a damper on the usual glitz and glamour of 2021’s Toronto International Film Festival, with uncertainty about who’s able to attend the festival as well as what the film market will look like. The good news is that there’s always at least a couple of movies that emerge, and this year there are several big-name filmmakers and stars debuting movies that inexplicably don’t have homes yet, though likely not for long.

Terence Davies’ (“The Deep Blue Sea,” “Distant Voices, Still Lives”) first film in five years tells the true story of a 20th-century English poet and soldier in WWI who was committed to a Scottish hospital after trying to be a conscientious objector. “Benediction” plays in a lyrical stream of consciousness rather than chronologically, and has drawn praise for performances by Jack Lowden and Peter Capaldi as the same character in his old age.

Director Barry Levinson (“Rain Man”) delivers an important yet controversial true story of a Jewish boxer named Harry Haft who was sent to concentration camps during WWII and was given the chance to survive by fighting other prisoners in the ring. The winners would survive, while the losers would be shot or sent to the gas chambers. Ben Foster is already being praised for his transformational performance in the film, which looks at how Haft coped after the war and in his eventual fight against Rocky Marciano.

In this romance, Sigourney Weaver and Kevin Kline play ex-flames who get back together and realize their best years may be behind them. Both the film and the book from author Ann Leary show Weaver’s character grappling with alcohol, self sabotage and her family. Maya Forbes (“Infinitely Polar Bear”) and Wallace Wolodarsky (“The Simpsons”) direct the film, which also stars Morena Baccarin.

In the latest thriller from director Philip Noyce, Naomi Watts is out for a morning run in the woods when she learns that her son’s school is under threat from an active shooter. The film takes place in real time and is mainly a one-woman show, with Watts trying to grapple with her panic.

“Dionne Warwick: Don’t Make Me Over”

Everyone from Burt Bacharach, Gladys Knight, Stevie Wonder, Elton John, Bill Clinton and even Snoop Dogg are on hand to praise the incredible six-decade career of singer Dionne Warwick, who is the latest to get the music documentary tribute treatment. But directors Dave Wooley and David Heilbroner delve into how Warwick has become an advocate for Black and LGBTQ rights, as well as her new resurgence as a Twitter icon.

Keira Knightley leads the cast in this film about a family getting together one last time during a peaceful Christmas dinner in the English countryside. The twist: It’s happening before a poisonous cloud descends upon the U.K. and ends life as we know it. “Silent Night” is a black comedy that’s the directorial debut of Camille Griffin and also stars Annabelle Wallis, Kirby Howell-Baptiste, Lily-Rose Depp, Roman Griffin Davis and Matthew Goode.

“The Panthers” is a limited series from New Zealand about the Polynesian Panther Party, which in the 1970s following the lead of the Black Panther Party, were founded to fight for the fair and equal treatment of indigenous minorities, working specifically to protect the Pasifika peoples of New Zealand. The show follows Dimitrius Schuster-Koloamatangi as the Panthers founder Will ‘Ilolahia and is one of only four series that will be shown as part of the TIFF program.

“The Devil’s Drivers” is a documentary about Palestinian smugglers who get in high-speed chases as they try to sneak workers across borders and are forced to evade Israeli soldiers who see them as terrorists. The festival’s programmers say the movie has the urgency and tension of 1970s car-chase films in addition to its timely political themes.