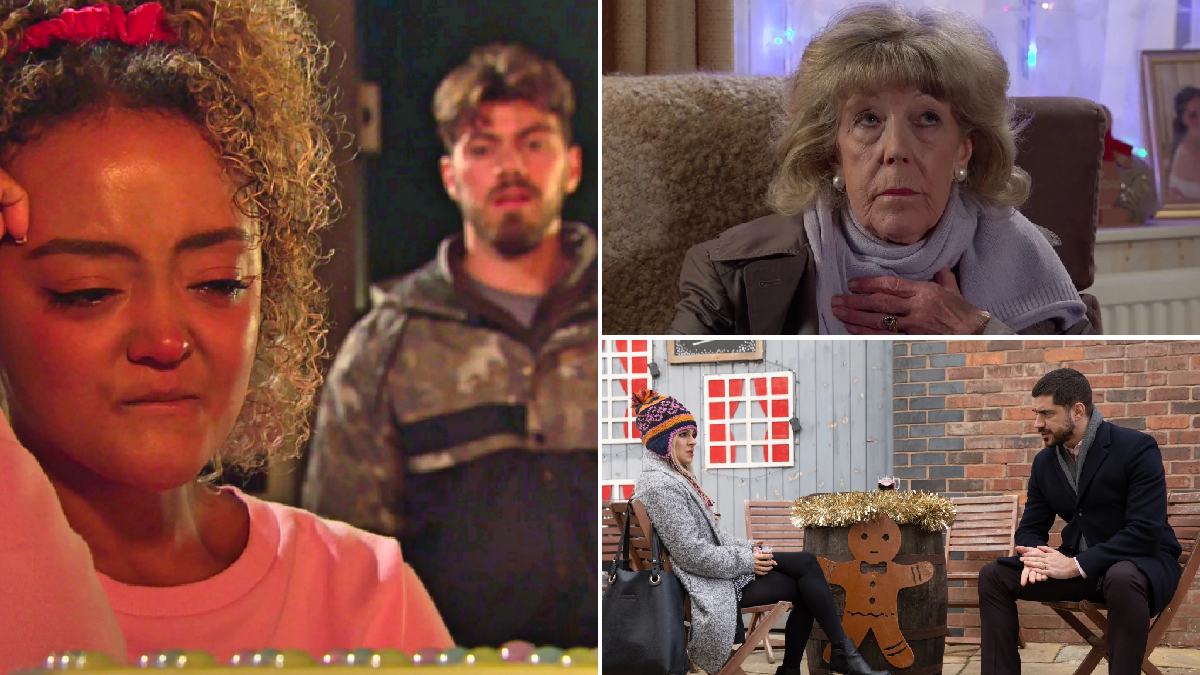 ‘Tis the week before Christmas, and shocking revelations and discoveries take centre stage in Coronation Street.

After Ruby Dobbs swallows one of Curtis Delamere’s (Sam Retford) pills, Emma Brooker (Alexandra Mardell) takes her to the hospital, where she explains what happened. The doctor confirms Ruby’s fine as the pill was only a vitamin.

Emma’s confused, and thus she demands answers from Curtis. Curtis at last admits he’s not dying, explaining how he first feigned illness when his parents were getting divorced, enjoyed the attention but once he’d started, he couldn’t stop. Emma orders Curtis to pack his bags, but she soon has a change of heart.

Emma accompanies Curtis to his appointment with the psychologist, and she listens as he explains how he spent years convincing people he was dying, enjoying the attention that it brought him. He reiterates that he wants to get better, telling Emma he loves her more than anything. Steve McDonald (Simon Gregson), meanwhile, hands Curtis his bank card and drunkenly asks him to transfer the £100k they raised to Oliver’s charity fund.

Sarah Barlow (Tina O’Brien) meets up with new pal Lydia (Rebecca Ryan), who brings along her her son, Finn. She introduces them to Adam (Sam Robertson), but Lydia pales and – alluding to the fact that she had a relationship with him at uni – makes her excuses and leaves.

Under Sarah’s watchful eye, Adam admits his relationship with Lydia was years ago, explaining that he can’t really remember. Sarah is not pleased!

It’s all kicking off on the cobbles next week, and if you’d like a little taster of what’s to come, then check out our first-look gallery below.