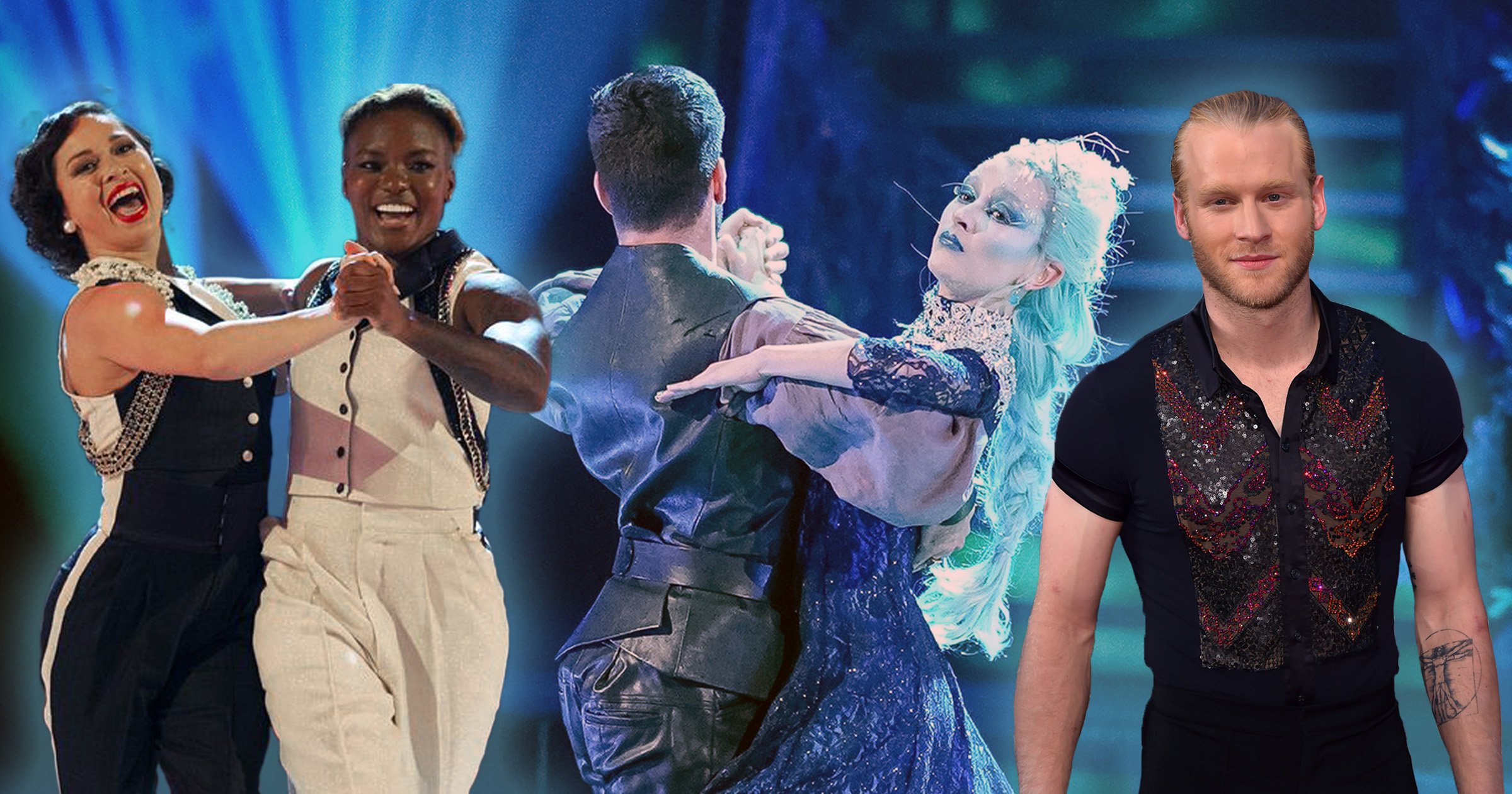 This weekend, Rose Ayling-Ellis and Giovanni Pernice made Strictly Come Dancing history when they achieved the earliest perfect score ever on the BBC series.

Throughout the show’s 17-year history, there have been several of notable history-making moments.

Last year, Bill Bailey became the oldest ever winner on the show, while the programme also featured its first same-sex couple.

Here are 11 times Strictly made history as the 2021 series continues to heat up.

The first ever Strictly perfect score

When the first series of Strictly took place in 2004, not a single couple earned a perfect score from the judges.

It wasn’t until the following year in series two that EastEnders star Jill Halfpenny – who won the whole competition – scored the full 40 from the judges with her partner Darren Bennett, which she achieved in the final.

Most watched launch show ever

Last month, it was reported that the 2021 series of Strictly Come Dancing garnered seven million viewers for its launch show.

By comparison, the first live show of the 2017 series was watched by 11.04m people, which is said to have made it the most-watched season premiere of Strictly ever.

The 15th series of Strictly in 2017 marked the first time that a celebrity with a disability competed on the show, as Paralympic athlete Jonnie Peacock took part with his partner Oti Mabuse.

Invictus Games medallist JJ Chalmers, who was injured in a bomb blast in Afghanistan in 2011, was on last year’s show, becoming the sixth contestant to leave alongside his partner Amy Dowden.

Women reigning supreme on the dancefloor

The final of series 11 in 2013 marked the very first time that the final consisted of all female celebrities.

While model Abbey Clancey won the series with her partner Aljaž Škorjanec, she was joined in the final by Coronation Street star Natalie Gumede and her partner Artem Chigvintsev and broadcaster Susanna Reid and her partner Kevin Clifton.

In the 2020 series, boxer Nicola Adams became part of the first same-sex couple on Strictly with her partner Katya Jones.

The pair were sadly forced to leave the competition early after Katya tested positive for Covid-19, although they were able to return for a special dance in the final, when they performed a sizzling Tango to Feeling Good.

This year, John Whaite and Johannes Radebe became the first male same-sex couple on the programme, quickly becoming fan favourites due to their stellar performances.

Last year, comedian Bill Bailey stormed to victory with Oti Mabuse, becoming the oldest ever winner of Strictly at 55.

He beat the record previously set by Joe McFadden in 2017, who won the 15th series at 42 years old.

The lowest score seen on the show

The judges on Strictly – and Craig in particular – have been known to dish out harsh scores every once in a while.

However, while a contestant is yet to score an absolute zero, in series two, TV presenter Quentin Willson and his partner Hazel Newberry received a mere eight, consisting of two 1s and two 3s.

We’re yet to see another couple score lower… but never say never!

Oldest celebrity in the final

She and her partner James Jordan were beaten by EastEnders actor Kara Tointon and Artem Chigvintsev, who lifted the Glitterball Trophy.

Actor Louisa Lytton remains the youngest celebrity to take part in the series, having participated in 2006 when she was 17 years old.

While many people love Strictly for its nostalgic feel and celebration of traditional ballroom dancing, in 2011, the show made history by making the final – which took place at Blackpool Tower Ballroom – available to watch in 3D.

The grand finale was broadcast in 18 cinemas across the country, where viewers could take part in the 3D experience.

This year, EastEnders star Rose has been overjoyed to make history on Strictly by becoming the first Deaf celebrity to join the line-up.

The actor explained that she’s relying on counting and the beat to stay in time with the music and has an interpreter on set at all times.

In week five of the competition, Rose and Giovanni beautifully incorporated sign language into their Viennese Waltz, leading to a spike in searches for sign language online.

Rose and Giovanni have been going from strength to strength in the 2021 series, delivering a show-stopping Tango for Halloween Week in week six.

Their spooky routine saw them achieve a perfect score of 40 from the judges, the earliest four 10s has ever been handed out to a couple in the 17-year history of the show.

The pair were both overcome with emotion when they received their score, with Giovanni later calling it one of the ‘most rewarding moments’ of his entire career.

‘Grateful, honoured and privileged to be your Strictly partner,’ he said in honour of Rose.

Strictly Come Dancing returns on Saturday at 6.45pm on BBC One.