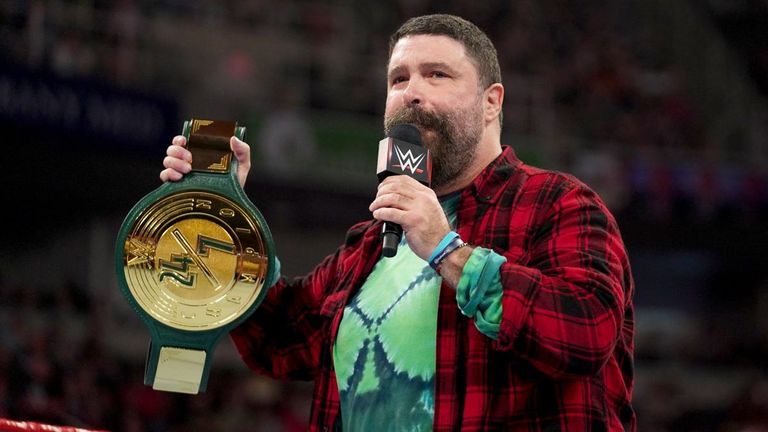 Mick Foley introduced the latest addition to WWE’s championships – a 24/7 title which will be defended on all brands.

Foley unveiled the green leather strap on last night’s Raw, a championship which will be defended 24 hours a day, seven days a week and across SmackDown, 205 Live, NXT and NXT UK.

That immediately led to a scramble match in which the first man to grab the belt would be crowned the maiden champion, a battle which boiled down to Titus O’Neil and Drake Maverick.

O’Neil threw Maverick over the top rope to become the first champion but while he was celebrating, Robert Roode rolled him up to immediately become the second man to put his name on that particular honours board.