The actor was pictured on the virtual wall watching the action in the WWE Thunder Dome with his kids. 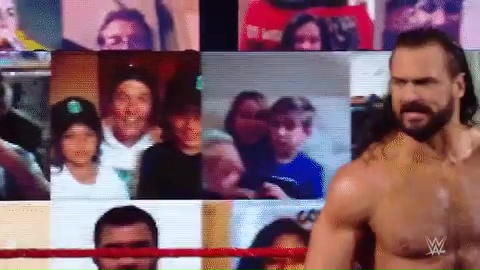 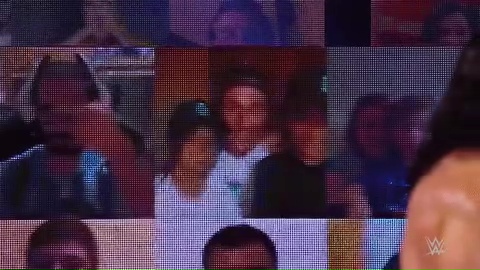 Footage showed the 50-year-old flash up on the huge virtual fan wall as Drew McIntyre patrolled the ring.

And the Scottish wrestler even gave the actor a shout out after his match with The Miz.

McConaughey has starred in global hits Dalls Buyers Club, The Wolf of Wall Street and Interstellar.

Once the megastar was shown on the screen, fans were quick to jump in the comments on Twitter.

Feed questioned: "I thought we weren't allowed more than one person per camera?"

And Piper wrote: "Unfair, I showed my cat and they threw me high."

Kristen tweeted: "OMG, WAS MATTHEW MCCONAUGHEY IN THE THUNDERDOME?!"

And another user added: "This is going to end with @McConaughey revealing he's @SuperKingofBros' father."

WWE's official account simply tweeted: "Great to see @McConaughey and fam enjoying the action in the #WWEThunderDome at @AmwayCenter! #GreenlightsBook."

Earlier today, it emerged Braun Strowman will retire from wrestling once his WWE career is over.

Strowman – real name Adam Scherr – signed for the WWE in 2013 but made his debut two years later as part of The Wyatt Family.

More recently, the 37-year-old has found success on his own starring on Raw, this year winning the Universal title against Goldberg.

But he lost the belt to Bray Wyatt at SummerSlam, ending his 141 day reign.

The trust WWE put in Strowman has left the 6ft 8in American promising to end his career with them and snub interest from anywhere else.

He said on the Chasing Glory podcast: "I've said it time and time again: the day I take my wrestling boots off for WWE is the day I stop wrestling.

"I will not wrestle for anyone else. I've been given an opportunity from Vince McMahon and from WWE at life that I would have never gotten [elsewhere].

"I told him a long time ago, the day I take my boots off from you, I'm done. And I mean that."