BRAVE Australian footballer Josh Cavallo has taken to social media after being subjected to vile homophobic abuse while playing for Adelaide United.

Cavallo became the only active male professional in the world to come out as gay in a powerful announcement in October. 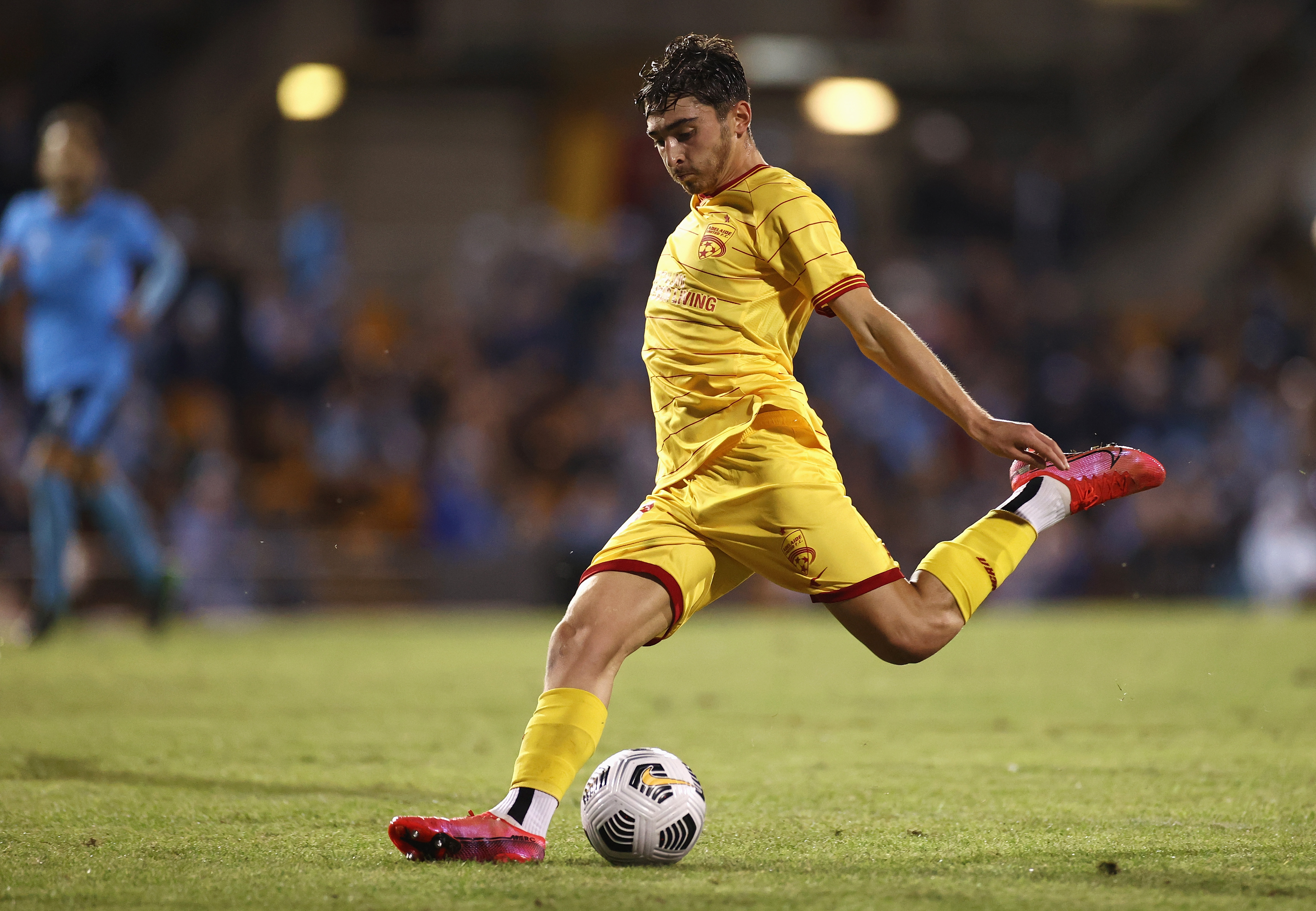 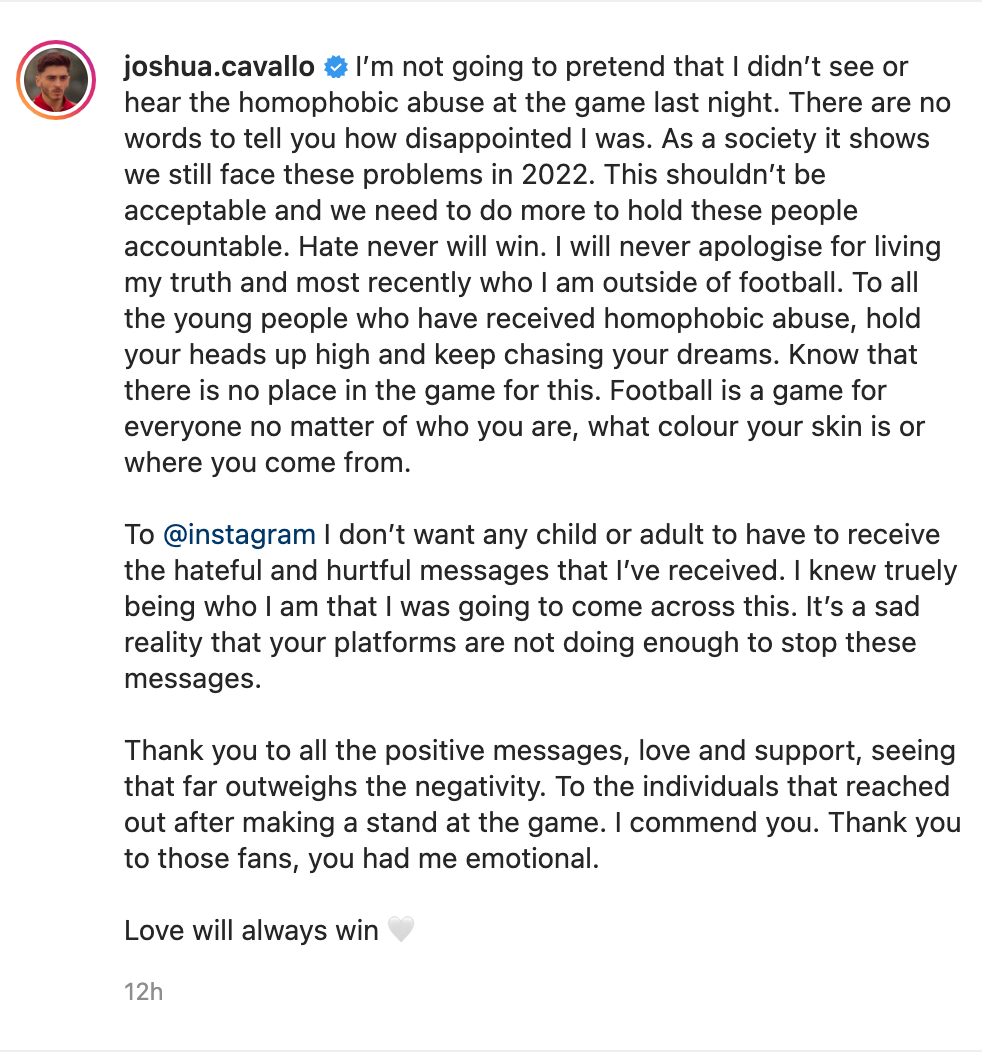 The abuse came during the 1-1 draw against Melbourne Victory on Saturday.

And in a heartfelt post on Instagram, the courageous Cavallo, 22, revealed there were 'no words' to hide his disappointment.

Cavallo wrote: "I'm not going to pretend that I didn't see or hear the homophobic abuse at the game last night. There are no words to tell you how disappointed I was.

"This shouldn't be acceptable and we need to do more to hold people accountable.

"I will never apologise for living my truth and most recently who I am outside of football.

Cavallo then went on to courageously call out social media platforms to do more to combat homophobic abuse online in a bid to raise more awareness for those targeted.

He continued: "To Instagram I don't want any child or adult to have to receive the hateful and hurtful messages that I've received.

"I knew truly being who I am that I was going to come across this. It's a sad reality that your platforms are not doing enough to stop these messages."

Cavallo did thank fans for their messages of support after he was subjected to the vile words.

He added: "Thank you to all the positive messages, love and support, seeing that far outweighs the negativity. To the individuals that reached out after making a stand at the game. I commend you.

"Thank you to those fans, you had me emotional. Love will always win."

A club statement read: "Adelaide United is proud to be an inclusive and diverse football club, and to see one of our players subjected to homophobic abuse is disappointing and upsetting.

"We will continue to work with the Australian Professional Leagues and Melbourne Victory to identify perpetrators and prosecute them accordingly."

Cavallo also revealed last year he is 'very scared' to play at the Qatar World Cup for Australia because of his sexuality.