THIS IS the moment of madness from AFC Wimbledon's goalkeeper that leaves his side on the verge of relegation to League Two.

Shot stopper Nik Tzanev, 25, conceded a free-kick in the 88th minute against Fleetwood Town after passing to HIMSELF from a free-kick. 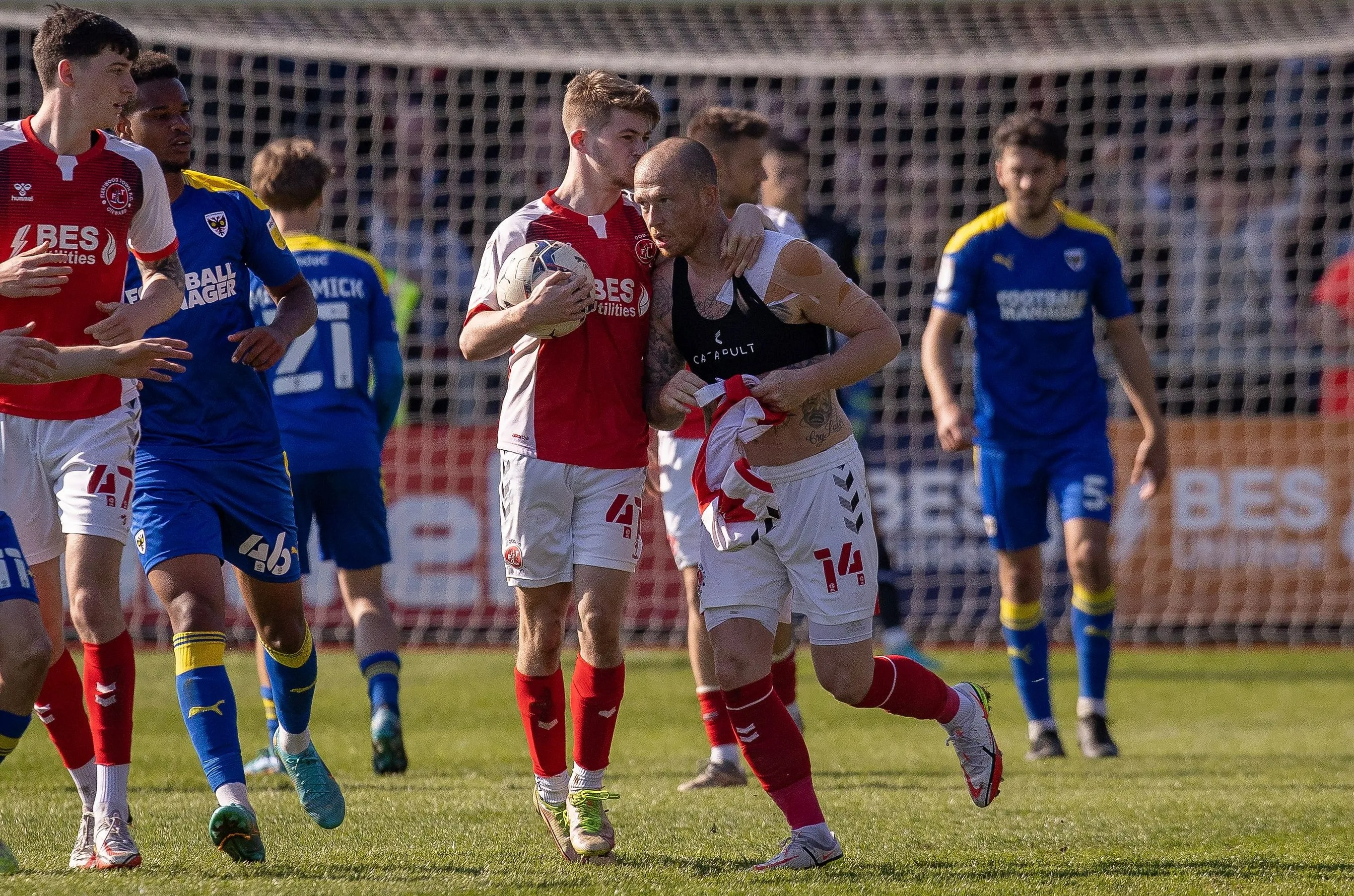 Wimbledon were leading 1-0 at the time.

The referee blew for an indirect place-kick for Fleetwood Town just inside the box.

And Joe Garner coolly slotted into the far corner for the home side.

There was thunderous celebrations at Highbury Stadium as the relegation-threatened hosts put themselves one step closer to safety themselves.

The 1-1 draw leaves Wimbledon three points from safety with one game to go.

But with a vastly inferior goal difference, they are effectively consigned to the fourth-tier next season.

A wonderful finish from Luke McCormick had given Wimbledon the lead, finding the top corner early in the first half.

And they were heading towards a massive victory before the moment of madness against their relegation rivals.

‘I fear the worst’

Dons manager Mark Bowen said this after the game: “I’ve been in this game for 40 years now and I realise that you’ve got to choose your words very carefully. I’m angry and I’m disappointed. I’ve just been to see the referee and he has told me that he can’t even remember if he blew the whistle to restart the game after the free-kick was awarded, which I find quite staggering.

“Our goalkeeper knew it was a free kick and like every goalkeeper he put the ball down and tried to nick a few yards whilst the referee was running away. The referee then blew and said that he had kicked it twice after the free-kick had been given. I then asked the referee 'Why would a keeper kick the ball twice? There’s only one possible scenario – he didn’t hear the whistle being blown'.

“The common-sense approach would have been to ask the keeper if he had heard the whistle, reset it and then play. But instead, he’s given them a free-kick and they’ve scored from it.”

The Dons have been awful this season and sacked boss Mark Robinson last month after 21 games without victory which left them fighting for League One survival.

One Twitter user said: "This might be the worst few moments of goalkeeping I've ever seen; and it has effectively relegated AFC Wimbledon. Calamitous doesn't come close.”

Harry & Meghan should be stripped of titles by Queen, says Donald Trump

Another added: "Genuinely have no words… means they're virtually relegated as a result in a huge 6 pointer gotta feel bad."

Elsewhere in League One, Wigan Athletic look to seal the title and promotion to the Championship with a result against Portsmouth tomorrow.