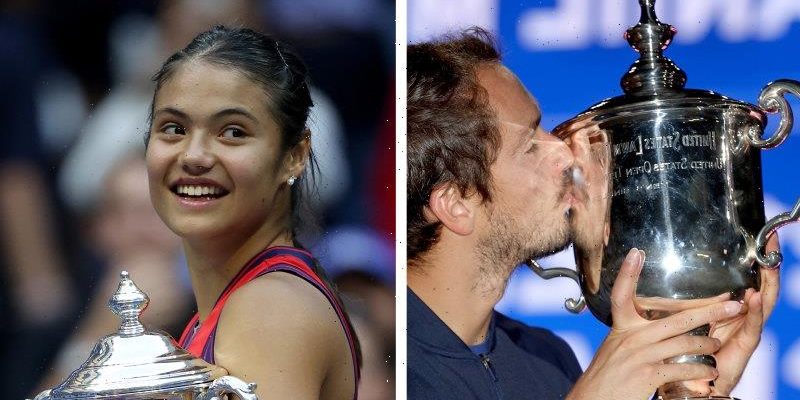 From memory, it was the 18th century lawyer, poet and prognosticator John Godfrey Saxe who once contemplated that laws, much like sausages, ceased to inspire respect in the same proportions to the increase in our collective knowledge, as to how they are made.

And indeed he was dead on the money. But the process by which laws are made can be, and are, messy. While blood usually isn’t spilled, the path stretching from concept to legislation is fraught, littered with incendiary devices, and certainly not linear.

Right now, there’s a petition on the NSW Legislative Assembly’s website which raises important questions about equality in sport in NSW and how laws should be enacted to enforce “equal pay for equal play”.

Should that petition receive 20,000 e-signatures (which perhaps isn’t that many; 27,000 people have this week voted to stave off the executioner authorised to hunt down two magpies in the Lane Cove area) it will thereafter be championed by Labor MP Jo Haylen.

The petition specifically calls for gender equality to be made a mandatory condition precedent to be satisfied in order for sporting organisations and clubs to receive state government grants, funding and the award of tenders.

What that first means in context is the awarding of “equal prizemoney” – for boys and girls; men and women – at all levels of competition. Second, the petition calls for equal participation opportunities in terms of access to space, time, training and resources; and equal opportunity in administration and management, in relation to elements including coaching pathways, officiating and sitting on boards of governance. 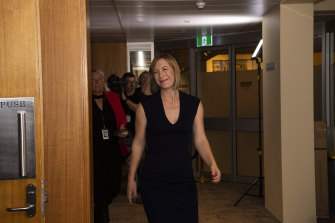 NSW Labor MP Jo Haylen will champion a petition for equal sporting pay in the state should it ge the required 20,000 signatures.Credit:Louise Kennerley

Third, the petitioners call for all clubs and organisations to have an “actionable strategy to increase participation, engagement and ongoing support of women and girls at all levels of competition”.

On one level and as a society, all of this should be so obvious that words don’t cut it. Take as an example a man, and a woman. Same skills, same specialisation and level of experience. Say the man and the woman are employed in equivalent roles, and that they each work the same number of hours each week for their employer, and through doing so they deliver an equivalence of value.

It’d be nothing short of ridiculous that their remuneration would be anything less than equal. If the only feature that distinguishes the pair is their respective genders, then there should be no distinction made at all. That in my book, is what gender equality means.

That test must, in 2021 in Australia, apply regardless of whether the discussion is about the employment of rocket surgeons, the contracting of people to operate “stop / go” signs, or the prizemoney on offer for professional sportspeople. Rarely though, are discussions anything as simple as this. Let me give you an example. 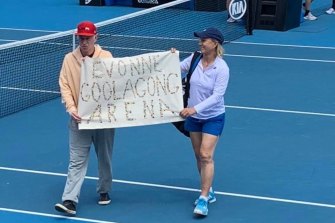 John McEnroe and Martina Navratilova were on the same side at last year’s Australian Open.

It’s now three years since Martina Navratilova was dismayed to learn her fee (which, presumably, she freely negotiated) for working as a BBC expert commentator during Wimbledon, was perhaps one-tenth of that paid to John McEnroe. The furore generated at the time was as vituperative as it was nonsensical.

Lost in the white noise was the fact that the Superbrat’s job was fundamentally differential in scope to that of Navratilova’s work for the Beeb. McEnroe was, for example, on camera for more than triple the minutes that Navratilova was.

The more searing actuality though, was that while Navratilova’s commentary may well be of a quality which offers a certain incisiveness and perspective, John McEnroe is without peer as the most compelling tennis commentator who’s ever sat down in a Centre Court bomb shelter.

It’s the unqualified right of anyone of such a persuasion to maintain that absolute parity is the solution the “gender equality in sport” problem. But legislating that equal money must be on offer represents only rudimentary analysis. 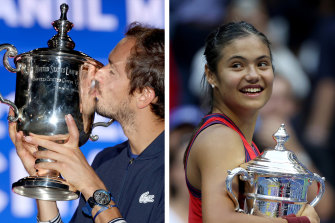 Daniil Medvedev and Emma Raducanu both received almost $3.5 million AUD for winning their first majors at the US Open.Credit:Getty

Let’s keep tennis as the case study here. At the US Open just completed, men’s matches and women’s matches don’t utilise the same type of balls. Those used in women’s matches are, at the specific request of the Women’s Tennis Association, “faster” and less fluffy than the balls used in men’s matches.

And this, is where the “equal pay for equal play” thesis fails. Tennis for example does offer equal prizemoney to men and women at all four majors. Equal money, notwithstanding inherent objective inequalities, evident in the lesser number of sets played in women’s matches and, in the case of the US Open at least, the specific physical properties of the tennis ball.

If this mooted legislative equality gets to the point of promulgation by the NSW Governor, how is equivalence to be measured? Would it also be legislated that men and women must use the same specification tennis balls in a tennis tournament to qualify for equal prizemoney?

More seriously, would NRLW athletes be forced to play the same number of minutes each weekend, in the same number of matches throughout the season, in order for the NRL to be required to award equal prizemoney (yes, prizemoney is awarded to premiership-winning teams) across men’s and women’s competitions? Defining equality of course means that there will be ample scope to avoid equality.

And even more seriously, might the introduction of these new laws have an opposite, detrimental effect? Take the Australian Open golf tournament. If this pandemic ever actually abates, a certain level of prizemoney will have to be paid to lure significant ticket-selling international talent.

That is built into the business model. Absent paying those amounts, nobody comes Down Under. Prizemoney comes from sponsors, broadcast revenue and tickets. It doesn’t to any significant degree, come out of the public purse.

If Golf Australia rejigged its numbers so that men’s and women’s prizemoney achieved parity, then one of two things might likely occur. Either the amounts required to be paid to women become commercially prohibitive to make staging tournaments not viable or sensible in a business sense. Or alternatively, the reduced amounts on offer to men reach a bar so low, that the tournament tanks through an abject lack of interest from professionals.

Either way, a legislated requirement that pay parity be achieved as a starting point is simplistic, and entirely ignorant of the commercial imperatives at play which drive money in sport in the first place.

It would be an entirely tragic outcome if the laudable sentiments underpinning the petition presently before NSW residents ended up only creating legal problems instead of solutions.