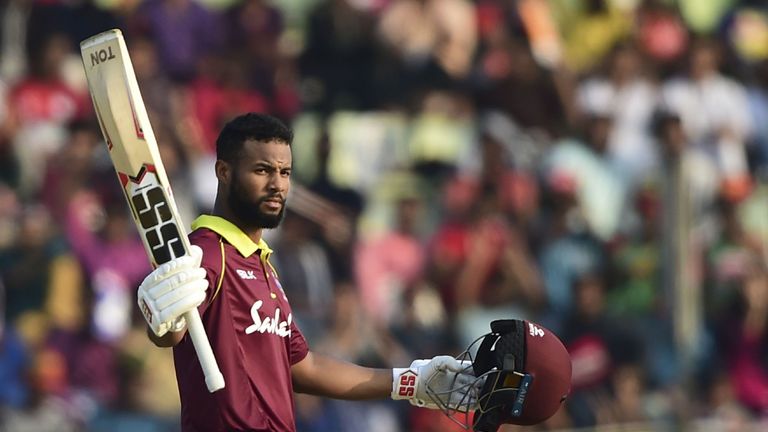 West Indies opening pair John Campbell and Shai Hope smashed a world record opening stand of 365 in the one-day international against Ireland in the first innings in Dublin.

The visitors’ openers smoked 365 in 47.2 overs, narrowly missing out on scoring the highest ODI partnership for any wicket – a record held by fellow countrymen Chris Gayle and Marlon Samuels who shared a second-wicket stand of 372 against Zimbabwe in the 2015 World Cup.

Hope and Campbell tussled with each other through the innings to bring up milestones and wicketkeeper Hope reached fifty first, with a hook over mid-on for four, before bringing up his fifth ODI century with a gorgeous boundary along the ground that bisected mid-on and mid-off.

John Campbell and Shai Hope have smashed the world record for the highest ODI stand, falling just eight runs shy of breaking the record for any wicket. ?

Campbell reached his maiden ODI hundred two balls later off just 99 balls and required only a further 23 balls to bring up his 150.

Playing catch up, Hope soon followed his partner in passing 150, smashing Josh Little for a huge six over the sightscreen, making the West Indies pair the first openers to have both made at least 150 in an ODI innings.