WAYNE WARREN has thanked the generous darts community for the replica BDO World Darts trophy – after the original was confiscated by police.

The Welshman won the last BDO World Darts Championship in London in January 2020 and kept the trophy at home for 12 months. 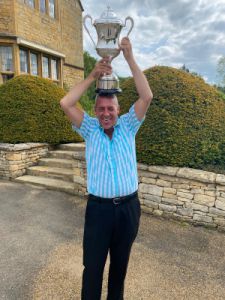 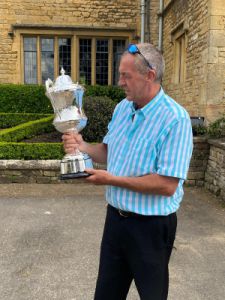 Yet South Wales Police banged on his door four months ago, demanding that he hand back the silverware to BDO chairman Des Jacklin.

Heartbroken and emotional, this was like a punch in the guts for the popular Rhondda roofer, especially as he was paid £77,000 less in prize money compared to the 2019 champion Glen Durrant.

However an online whip-round on GoFundMe raised £2,112 from 105 donations and close pal Wayne Dobinson of Shownights.com used the cash to create an exact replica.

“This has put a massive spring in my step. I was excited to receive this. I cannot wait to get back out there and play darts.”

Warren’s family were left horrified when he had to hand back the trophy won by previous world champions Phil Taylor, Eric Bristow and Raymond van Barneveld. 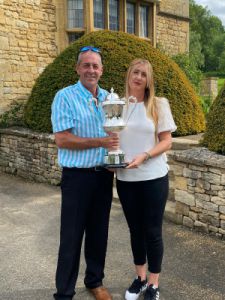 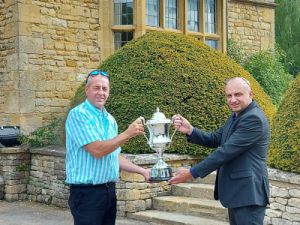 What irked them even further was the fact a few weeks later Jackin drove from Lincolnshire to collect it — and then mocked the part-time player by posting it on social media.

This is despite underpaying Warren £23,000 for winning the title, the final BDO world darts champs.

The 58-year-old, sponsored by Red Dragon and managed by Big 5 Sport, said: “Two police officers knocked on my door.

“My little boy, he was five then, and he was hysterical and frightened. He ran up the stairs.

“A few hours later we were sitting down eating lunch and there was a van of them outside. Three got out of a van. One got out of a car. They had all these Taser guns on them.

“Well the people in my street must have thought I had done a murder or something. I thought: What? I haven’t done anything wrong.

“They came in and said we have to take the Cup. I had no option. If I didn’t give the Cup over they were going to arrest me for theft.

Well, when the police arrived, the people in my street must have thought I had done a murder or something.

“I was never ever, ever going to keep it. It was very humiliating. I felt down for a while. Before that, I had been on a high for so long.

“The Jacklins drove down and put it on Facebook. That was the last straw. When I saw the Cup wrapped up on his property, I was fuming.

“I don’t see why they should have had it either. I had more right to keep than he did until it went someone else.”

Warren intends to take the new pot with him to exhibitions, let fans take photos and then hand it back next year to a worthy cause.

He said: “It’s not mine to keep. It’s the people who have donated money towards that.

“It will be a great cause for everybody if it can go towards amateur darts – like Modern Amateur Darts or a WDF tournament.”