The Swansea winger – who is a reported transfer target for Manchester United this summer – took social media by storm when he turned on the afterburners against Brentford in February. 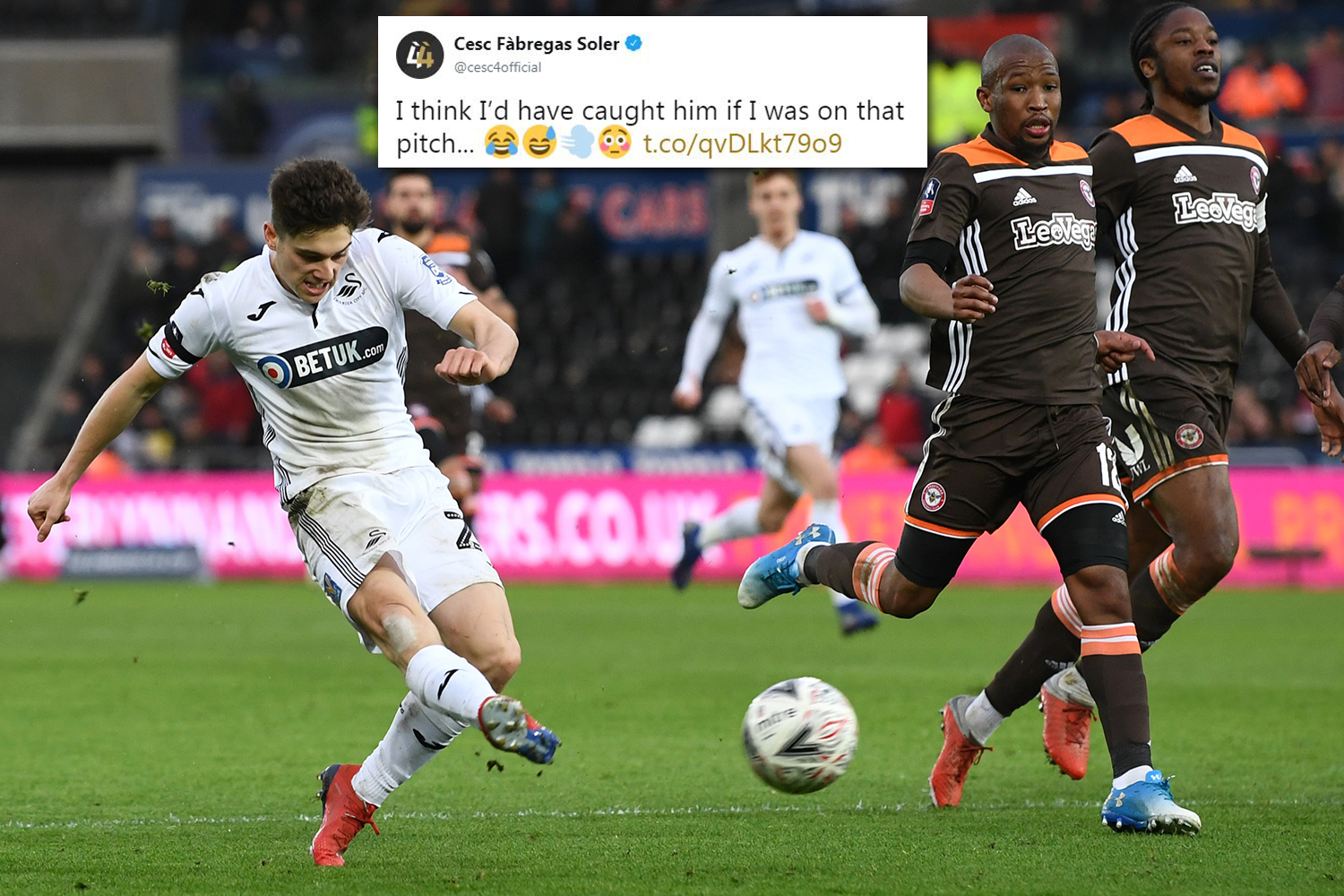 James, 21, picked up the ball well inside his own half, sprinted past the Swansea defenders with ease and tucked it home to put his Swans side in front in the FA Cup fifth-round clash.

And Fabregas could scarcely believe what he had seen.

He jokingly tweeted: "I think I’d have caught him if I was on that pitch…" followed by a series of laughing emojis.

And he got plenty of witty replies.

One said: "Only if he was towing a caravan with flat tyres Cesc."

BT Sport tweeted the video of the goal at the time, asking: "Who'd win a race between Daniel James and Kylian Mbappe?"

But the modest Welshman quipped back: "100% @KMbappe"

James was on the verge of signing for Leeds in the January transfer window but his deal fell through on deadline day.

And now he is being linked with a stunning move to United.

Sky Sports believe a £15million move is "on the verge" of completion – but SunSport understands there is still a long way to go before any papers are signed with the Old Trafford giants.

Swansea boss Graham Potter side left him out of their final-day draw at Blackburn in order to avoid him sustaining any injury ahead of his expected summer move.

The former Hull youngster has one season left on his contract at Swansea and but talks stalled last month over an issue surrounding a possible buyout clause.